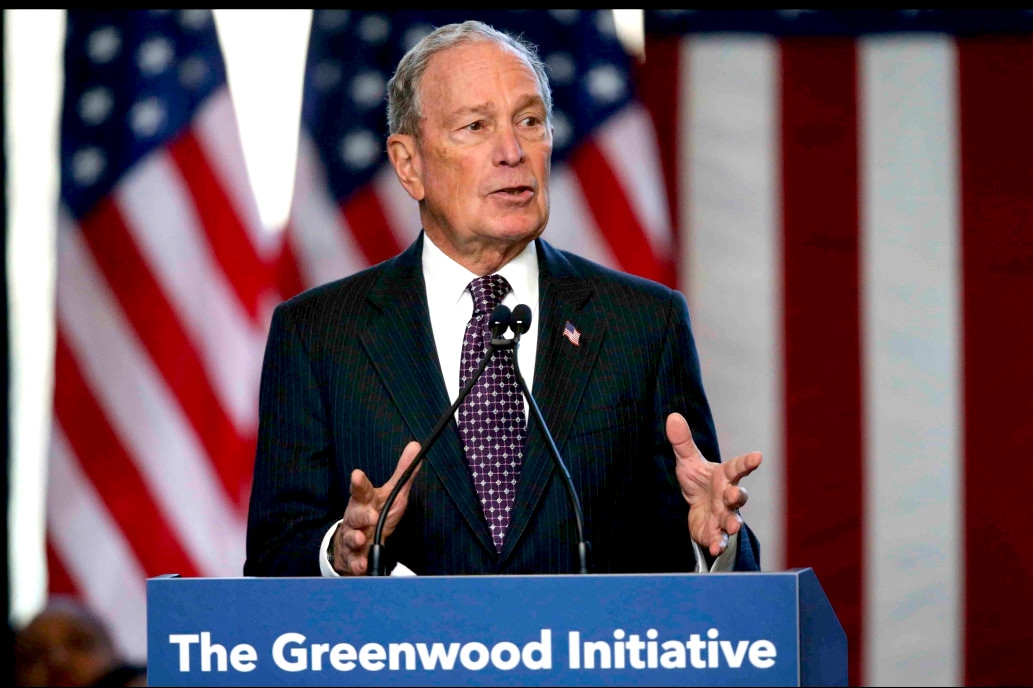 At the site of the Black Wall Street Massacre in Tulsa, Oklahoma, Presidential candidate Mike Bloomberg announced the Greenwood Initiative: Economic Justice for Black America. Mid-January, Bloomberg addressed the biases stifling the Black community and countering the issues with future plans that will create generational wealth through ownership.

“Even though Greenwood was called ‘Black Wallstreet’ it wasn’t full of bankers; it was really just a thriving upper-middle-class community where people worked hard, played by the rules and believed that they could get ahead,” Bloomberg stated in the opening of his speech. “In other words, it was just like many places across the country. Except it was a Black community.”

He continues explaining the depths of the attacks; homes ruined, businesses burned to ashes and families broken apart killing more than 200 Black residents. Recalling a personal account from a diary of an individual who experienced the massacre. Bloomberg expressed his confusion and disdain for the results of years of negligence and abuse towards the Black community.

“For hundreds of years, America systematically stole Black lives, Black freedom and Black labor. Theft of labor and a transfer of wealth enshrined in law and forced by violence,” he stated. “The impact of that theft over a period of centuries has meant an enormous loss of wealth from individuals and families across generations.”

“It’s time to say enough and do something about it,” he proclaims. “The challenge of African American wealth creation today is inextricably linked to the racial inequalities of the past.”

The Greenwood Initiative, broken into three parts intends to lay a path to create nearly one million Black homeowners and 100,000 Black business-owners over the next decade. The initiative also includes a $70 billion investment in the countries most disadvantaged communities nationally.

Bloomberg believes homeownership is the way to build generational wealth, through the Greenwood Initiative. He aims to provide down payment assistance, enforce fair lending laws, reduce foreclosures and evictions and increase the supply for affordable housing.

The second aspect, increasing the number of Black business-owners is set to be accomplished by setting up user-friendly one-stop shops for entrepreneurs, expanding the access to mentorships and incubators and Black-owned businesses, increase access to capital and by supporting Black-owned banks. The efforts will also give much focus to Black women as they are now the fastest-growing group of entrepreneurs.

Lastly, Bloomberg’s plan to invest $70 billion into neighborhoods that need financial assistance includes, identifying 100 cities nationwide that the most disadvantaged. This plan also includes the creation of the Neighborhood Equity and Opportunity Office (NEOO) which will set the agenda, authorize spending and guide implementation and manage the evaluation of the effort. 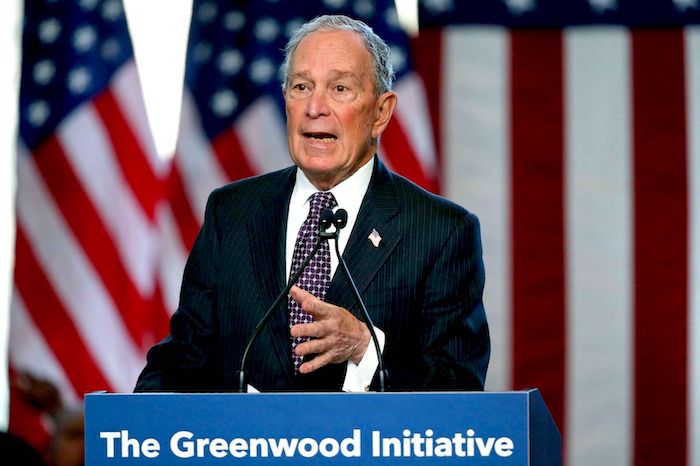 “That will reduce but not eliminate the wealth gap between White and Black families, but it will build the momentum we need to close it entirely someday,” Bloomberg said.

“Achieving these goals will help our country begin to confront the legacy of what Frederick Douglas called the sin and shame of America … the time has come to fully commit ourselves to acknowledging our history and righting our country’s wrongs.”

Throughout the years Bloomberg has faced his fair share of critiques. As Mayor of New York, many policies implemented led to the over-policing of Black and Brown people. In his speech, he opens up about the effects stop-and-frisk policy had on citizens. He stated once he realized it cause more harm than good, he removed the law in efforts of bettering the lives of those targeted.

“I was wrong not to act faster and sooner to cut the stops, and I’ve apologized to New Yorkers for that, and for not better understanding the impact it was having on Black and Latino communities,” he explains. “I’ve always believed, though, that leadership involves listening to diverse opinions, and acknowledging when you didn’t get them right, and learning from it. That’s what I’ve always tried to do.”

With the Greenwood Initiative, Bloomberg promises to farther right the wrongs of not only his decision making but that of America’s history. Through inclusion, he claims to make each level of the community apart of his decision-making process, which will ultimately affect voters and citizens in every state.

“Our plan will empower each group to play an important role, and our work will benefit all Americans who have been subject to discrimination and bias.”

“Black history is American history,” he says in his closing. Finalizing with an acknowledgment of the contributions Black Americans have made in our history.

“Even as they knew they would be deprived of their fair share of the rewards, from our country’s first days Black Americans found hope and kept face in the promise of equality embedded in the Declaration of Independence. When war came, as it did in every generation, they signed up to fight on the front lines,” he said.

“To me, there is no greater patriots in America’s long history than the Black citizens who are willing to die for a nation that was denying them their rights.”