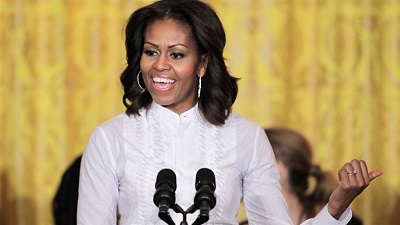 She could simply be remembered as the United States’ first African American first lady and that would be sufficient. Except, Michelle Obama was so much more. She leaves in her wake, a determination for a healthy and sane America, through her health campaigns, her fight for human and civil rights and her encouragement for the development of girls around the world.

In 2008, Michelle LaVaughn Robinson Obama became the 44th first lady of the United States. Since then, she has faced a level of scrutiny that no other U.S. first lady has ever faced. And still, she carried out her duties and then some, with style, grace and strength.

She was born January 17, 1964 in Chicago, a descendent of slaves from both South Carolina and Georgia. She grew up, she said, in a conventional family where her father worked and her mom stayed home and raised the children. Unfortunately her father’s health took a turn for the worse in 1991 and he died from complications of multiple sclerosis.

Michelle has enjoyed a diverse career over the years, having been an associated at Sidley and Austin law firm, an assistant to Chicago’s mayor in 1991, a fundraiser for a non profit, Associate Dean of Student Services at the University of Chicago, where she developed the University’s Community Service Center. In 2002, she began working for the University of Chicago Hospitals, first as executive director for community affairs and, beginning May 2005, as Vice President for Community and External Affairs. 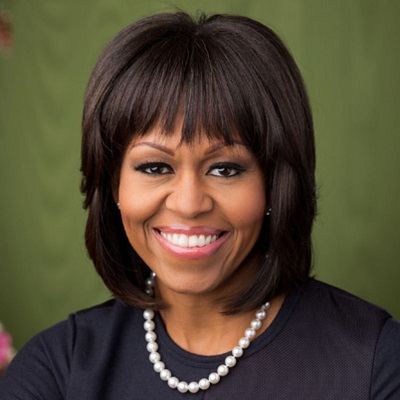 She took on her most important role in 1988 when Malia Ann Obama was born and then again in 2001 when Sasha born. During her husband’s first campaign, she made it clear that she is “a mother first” and foremost. That being said, she has been the backbone of Barack Obama’s political career from his 2000 run for Senate to his run for a second presidential term in 2012.

She began her stint as America’s first lady in a myriad of homeless shelters and soup kitchens and as an advocate of public service. But despite her accomplishments, Michelle Obama still faced racism and sexism from a part of the general public, insulted by a black family in the White House. A West Virginia non profit director was recently fired for referring to her as “an ape in heels.”

One of her biggest projects was taking on America’s child obesity problem, with the “Let’s Move” campaign. She was instrumental in overhauling the Standard American Diet (SAD) public school lunches and replacing them with healthier options. She established the White House Kitchen Garden, where organic produce is now grown and she traveled the country encouraging kids to get out and exercise.

She has also been a strong advocate for human rights. Along with her husband, she supported LGBT rights, specifically the Illinois gender violence act, the Employment Non-Discrimination Act, repealing Don’t Ask Don’t Tell, and full repeal of the Defense of Marriage Act, civil unions; along with hate crimes protection for sexual orientation and gender identity and renewed effort to fight HIV and AIDS. They have both been opponents of constitutional amendments banning same-sex marriage in the federal, California, and Florida constitutions.

“This is an important issue for millions of Americans, and for Barack and me, it really comes down to the values of fairness and equality we want to pass down to our girls,” she said at the time.

“These are basic values that kids learn at a very young age and that we encourage them to apply in all areas of their lives. And in a country where we teach our children that everyone is equal under the law, discriminating against same-sex couples just isn’t right. It’s as simple as that.”

In March 2015, the President and First Lady launched Let Girls Learn, which brings together the Department of State, the U.S. Agency for International Development (USAID), the Peace Corps, the U.S. Department of Labor, the U.S. Department of Agriculture and the Millennium Challenge Corporation (MCC), as well the U.S. President’s Emergency Fund for AIDS Relief (PEPFAR), to address the range of challenges preventing adolescent girls from attaining a quality education that empowers them to reach their full potential.

To sum it up, Michelle Obama leaves a legacy of accomplishment. She showed resilience and strength in the face of racism, sexism and at times downright opposition to everything she and Barack set out to make happen. She did it with grace and style and as an example to girls and women what “having it all” looks like. 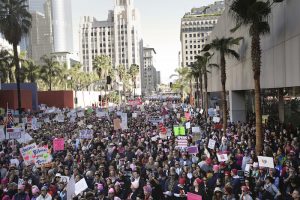 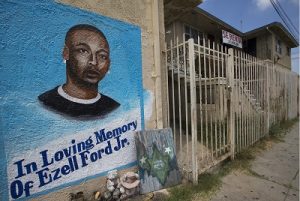