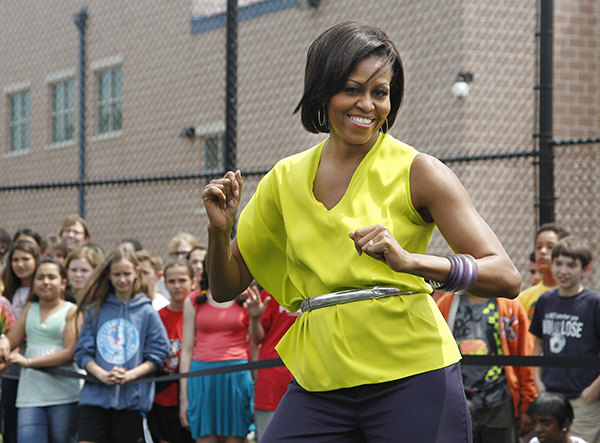 FILE – In this May 3, 2011, file photo, first lady Michelle Obama dances with students at Alice Deal Middle School in northwest Washington during a surprise visit for the school’s Let’s Move! event. When Michelle Obama considered the daunting prospect of becoming first lady, she purposely avoided turning to books by her predecessors for guidance. Instead, she turned inward (AP Photo/Manuel Balce Ceneta, File)

When Michelle Obama considered the daunting prospect of becoming first lady, she avoided turning to books by her predecessors for guidance.

Instead, she turned inward.

“I didn’t want to be influenced by how they defined the role,” Mrs. Obama once said.

That meant doing it her way: shaping the role around her family, specifically her two young daughters, and not letting her new responsibilities consume her.

Mrs. Obama has been a powerful, if somewhat enigmatic, force in her husband’s White House. She chose her moments in the often unforgiving spotlight with great care and resisted pressure to become more engaged in the mudslinging of partisan politics.

As she navigated her way through, the woman who grew up on the South Side of Chicago discovered a talent for television and a comfort with Hollywood A-listers, haute couture and social media. And she used all of those elements to promote her causes: childhood obesity, support for military families, girls’ education.

Friends say she charted that path largely on her own.

“What she did was she sort of listened to herself and allowed her own inner voice and strength and direction to lead her in the way that felt most authentic to her. And I think watching somebody makes you want to do that for yourself,” Oprah Winfrey told The Associated Press. 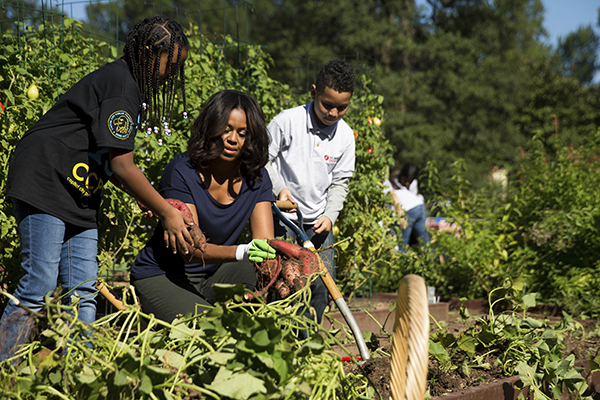 FILE – In this Oct. 6, 2015, file photo, first lady Michelle Obama, joined by school children from Washington area, pick sweet potatoes as they participate in a harvest of the White House Kitchen Garden at the White House in Washington.When Michelle Obama considered the daunting prospect of becoming first lady, she purposely avoided turning to books by her predecessors for guidance. Instead, she turned inward. (AP Photo/Andrew Harnik, File)

Mrs. Obama grappled with the childhood obesity issue before becoming first lady after a doctor warned about her daughters’ weight.

At the White House, she decided to share her experience and started by planting a vegetable garden. That led the following year, in 2010, to the launch of her anti-childhood obesity initiative, “Let’s Move.”

That led to the first update to the program in decades and, for Mrs. Obama, the process was akin to a crash course in Washington sausage-making. The effort was not universally welcomed. Republicans in Congress wanted to reverse the rules. Others said Mrs. Obama was acting like the “food police.” Even the kids she wanted to help added to the backlash. Some students posted photos of lunches they found unappealing on Twitter with the hashtag (hash)ThanksMichelleObama, or tossed the food into the trash.

Mrs. Obama would never again try to work closely with Congress, opting instead to use her platform to press industry to change its ways.

It’s too early to know how Mrs. Obama’s efforts may affect childhood obesity rates long term, but advocates believe she helped change the debate around healthy eating. They worry about the fate of Mrs. Obama’s effort under a White House and Congress that will be controlled by the GOP.

Mrs. Obama said some people initially wondered why she would bother with such a “softball issue” but “now, all those challenges and criticisms are off the table.” She told talk-show host Rachael Ray that “at least we’ve become very aware as a society that this is one of our most important health issues.”

She’s said that when she leaves the White House next month, a few days after her 53rd birthday, she’ll continue to work on the issues that engaged her as first lady. 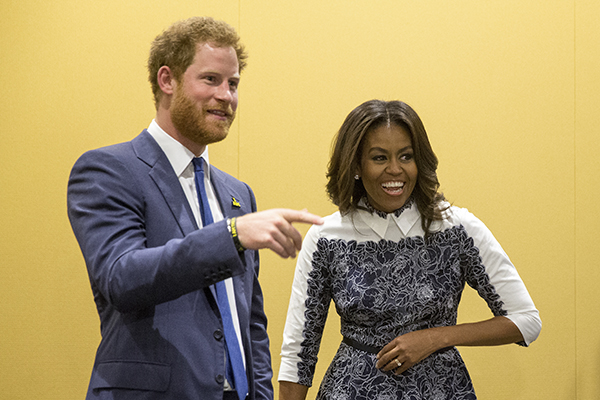 Being first lady was never something Mrs. Obama imagined, given her modest upbringing, her distaste for politics and having never seen her skin color on a U.S. president and first lady.

Her early aversion to politics developed while watching her father navigate Chicago politics for his job with the city water department, and was reinforced by her husband’s pursuit of a political career. Both Obamas have said his political ambition had strained their marriage and family.

Once in the White House, Mrs. Obama vowed to protect her then 10- and 7-year-old daughters’ right to a normal childhood. She declared being “mom in chief” to Malia and Sasha as her priority, irking women who hoped the first lady might not allow herself to be constrained by stereotypes.

Mrs. Obama was an enthusiastic White House hostess. She rarely spoke about issues that were outside of her portfolio. She crafted her public schedule around her daughters’ activities and limited her travel so she could spend time with them. 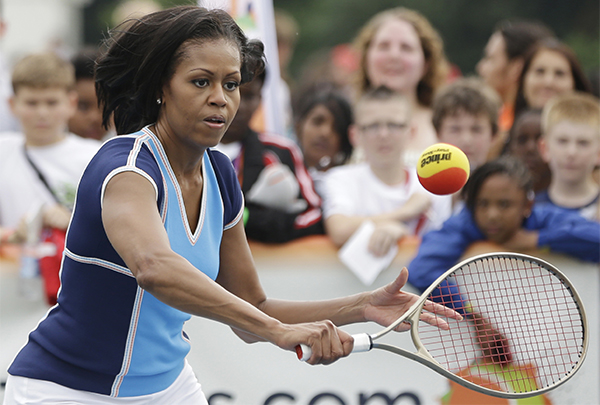 FILE – In this July 27, 2012, file photo, first lady Michelle Obama plays tennis with schoolchildren during a ‘Let’s Move!’ event for about 1,000 American military children and American and British students at the U.S. ambassador’s residence in London, ahead of the 2012 Summer Olympics. When Michelle Obama considered the daunting prospect of becoming first lady, she purposely avoided turning to books by her predecessors for guidance. Instead, she turned inward. (AP Photo/Lefteris Pitarakis, File)

The Obamas’ parenting style _ which they often described as warm, but strict _ made them a point of pride, particularly for African-Americans.

“We have heard no Obama children drama,” said Ingrid Saunders Jones, national chairwoman of the National Council of Negro Women.

Mrs. Obama didn’t really begin to open up about the historic nature of her service as the first black woman to become first lady until the end of the presidency was in sight. She mostly addressed the subject when asked in interviews, when she discussed how important it was for children to see a black president and first lady.

Longtime friend and White House adviser Valerie Jarrett said Mrs. Obama was often reluctant to talk about such matters earlier because she wanted her legacy to be more than just her place in history.

“Her goal is not what she is, but what she does,” Jarrett said.