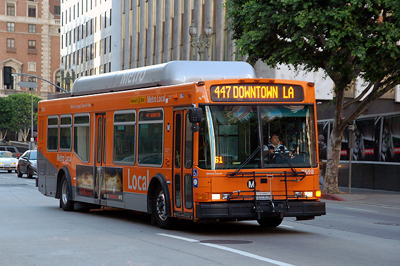 If approved by at least two-thirds of voters, Measure M would enact a half-cent sales tax hike to fund a package of transportation improvements that include new rail and bus lines, highway improvements and street repairs. The tax revenue would also help fund the operation and maintenance of the regional transportation system.

The measure would build on an existing half-cent tax put in place by voters through Measure R, by boosting that tax to a full cent, and leaving the levy in place with no sunset date. Metro officials estimate the tax would generate $120 billion over the first 40 years.

Some of the dozens of upgrades proposed under Measure M, also known as the Los Angeles County Traffic Improvement Plan, include:

— extending tens of miles of light rail lines throughout the county;

— adding rapid transit bus lines, including along the Vermont Corridor and Lincoln Boulevard;

— widening the Golden State (5), Santa Ana (5) and San Diego (405) freeways and widening or adding HOV lanes to many others;

— a downtown streetcar project; and