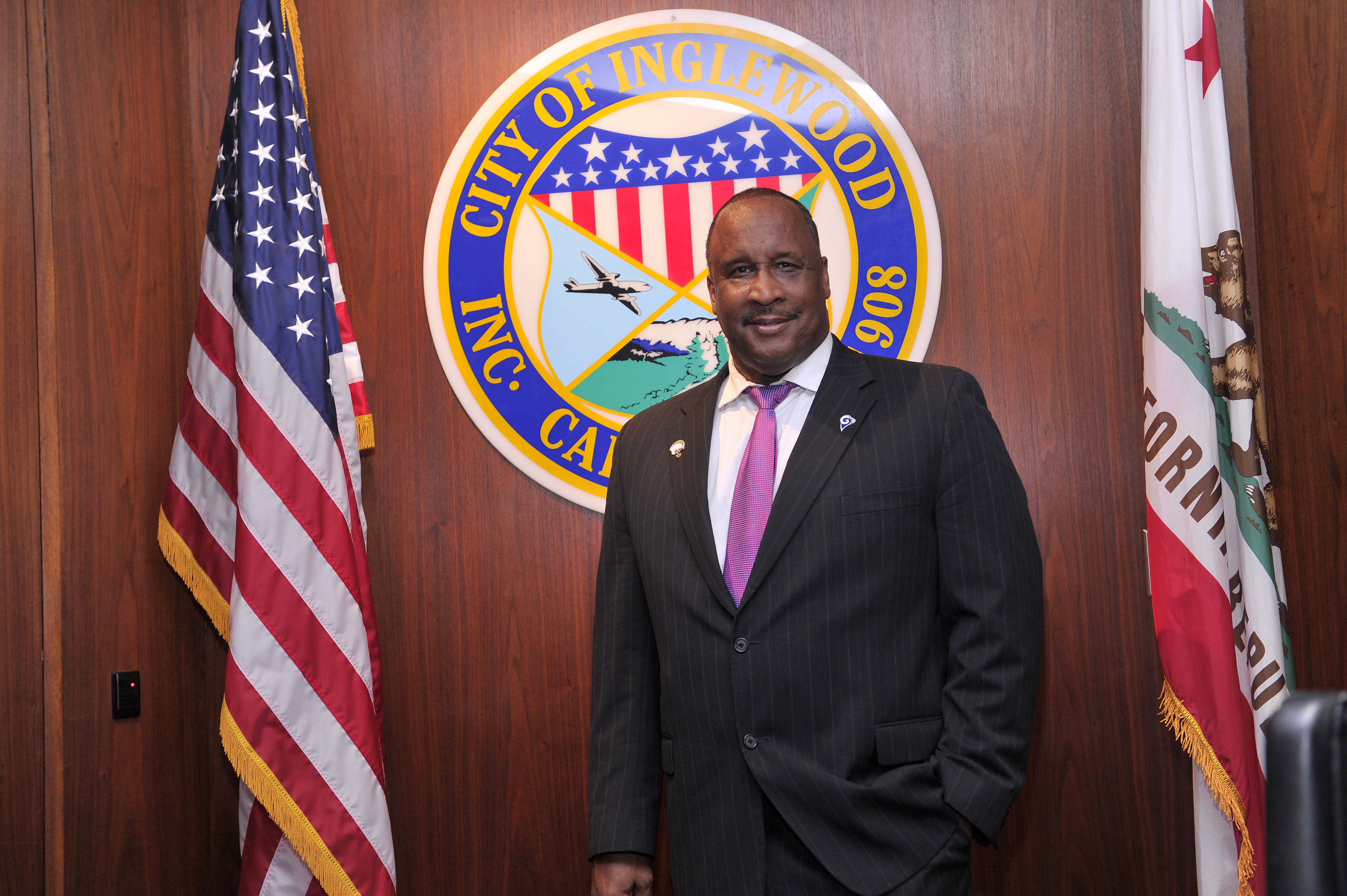 Supporters for incumbent Inglewood Mayor James Butts said his opponent in the upcoming election is campaigning, not to make lives in Inglewood better, but as a way to stop him from moving forward with the Clippers Arena. Republican candidate Marc Little has received donations totaling more than $700,000 and not one of his donors comes from the Inglewood community. In contrast, they said, Butts’ only agenda is wanting his city to prosper.

Added Butts’ attorney Skip Miller, “this is about knocking out the competition, not about the people of Inglewood.”

It’s “interesting”, said Butts supporters, that almost half of Little’s campaign funds come from Clippers Arena competitors Madison Square Garden; the company moved forward with a lawsuit earlier this year over what its officials said was a secret land deal between Butts and builders of the arena. MSG doesn’t want the competition of an arena so close to their own, since it will be another entertainment venue just blocks away.  Attorneys for MSG have accused Butts of “tricking” them into giving up their lease of city owned land and making a private deal with the Clippers for it.

The breakdown of Little’s campaign funding sources so far is as follows, according to Butts’ supporters:

84% ($560,000) of all funding to the Little Campaign came from sources associated with MSG

“It also seems odd that folks like Democratic mega donor Haim Saban and Kris Jenner of Kardashian fame would take an interest in the mayoral race for Inglewood,” Walton said.

“It’s shocking that these people would spend that much money just to get revenge on Mayor Butts,” said Miller.

Earlier this year, Butts defended his support of the Clippers Arena in his city, pointing out the fact that the Staples Center is only 20 minutes away from Inglewood and that doesn’t take away from the fact that the Forum remains the number one concert venue in California.

“It’s ludicrous to believe that this is going to change the dynamic of their competitiveness,” said Butts.

“This basketball arena was going to be built somewhere and somewhere local. The reality is that after we get past this nonsense everyone is going to cooperate and we’re going to have the synergy that’s going to be developed by the sports and entertainment district and it’s going to be unparalleled in this country.”

The Forum was erected in 1967. It had been home to the famous Los Angeles Lakers until about 2000 when they left for the Staples Center in downtown L.A. The Clippers have shared the Staples Center with the Lakers since then. Earlier this year, Clippers owner Steve Ballmer told reporters that his team was “moving to Inglewood, come hell or high water.”

Meanwhile, housing activists in Inglewood filed a lawsuit against the city, claiming the arena hype is pushing residents out, as affordable housing becomes more and more available. But proponents of the arena, like Assemblymember Sydney Kamlager and Senator Steve Bradford said the project will bring much needed jobs to the community, like 10,000 construction jobs, 1400 permanent jobs and over $1 billion in local investments.

Miller described Butts as a “super guy, who has helped Inglewood tremendously.”

His only agenda is to “do what’s right for Inglewood,” Miller said.