Are You Dense, Inc., and Are You Dense Advocacy, Inc., global nonprofit breast health organizations, today announced its survey results of California Women’s Awareness of Dense Breast Issues resulting from the 2013 California’s Breast Density Law, and their opinion on the fact that the law may no longer exist after Jan. 1, 2019, the date it is set to expire. California women who participated in the survey overwhelmingly want to law to stay.

According to the survey, findings show that 95% of respondents want the law to remain in place. Furthermore, nearly 75% know that dense breast tissue makes it more difficult to see cancer on a mammogram, and the vast majority of women with dense breast tissue had conversations about it, including the discussion of additional screening with their physicians.

“From my perspective, the more women know, the more we empower ourselves to be self-health advocates and understand the complexities of our own bodies so that we can have informed conversations with our doctors,” Mitchell said.

Nancy M. Cappello, PhD, founder and executive director, Are You Dense, Inc. and Are You Dense Advocacy, Inc., agreed:

“It is critically important that the voices of women who participate in mammography screening are front and center as the merits of the breast density law are debated,” Cappello said. “Furthermore, California women want the law to stay in place as it is leading to conversations between patient and provider about personalized screening potentially resulting in early detection, an opportunity I never had.”

Dr. Cappello launched Are You Dense, Inc. in 2008, shortly after learning that her late stage 3C breast cancer, which metastasized to 13 lymph nodes, was missed on mammography due to having dense breast tissue, which was never disclosed to her. The medical community knew about the limitations of dense breasts to detect cancer on mammogram and its breast cancer risk. Through her organizations, Dr. Cappello is committed to ensure that all women learn their breast tissue density and risk of breast cancer leading to personalized screening. She is the inspiration behind the first state density reporting law in her state of Connecticut in 2009.

Richard Reitherman, Ph.D., M.D., medical director of breast imaging at the Memorial Care Breast Center at Orange Coast Memorial, Fountain Valley, California testified in support of SB1034 adds, “The California Dense Breast Notification law has served to motivate informed decision-making by validating every woman’s right to know the scientific facts that may save her life by taking dominion over her personal health care decisions.”

“The survey confirms that California women want information about their breast tissue density,” notes Amy Colton, a nurse from Santa Cruz who recently testified at the Senate Hearing Committee. Colton advocated for the current California density reporting law after invasive cancer was hidden on mammography because of her dense breast tissue. “It validates their belief that patients have a right to know about their own physiology and that dense breasts present a risk and may influence the accuracy of screening. By removing the sunset date, women will continue to receive information regarding their breast density, its inherent risks and screening limitations.”

Colton emphasizes, “There is no downside to giving patients information that will help guide them, along with their physicians, to determine the best screening methods to diagnose cancer at an early stage.”

About the Survey:
Are Your Dense, Inc. and Are You Dense Advocacy, Inc. commissioned Spectrum Associates to determine California women’s awareness of the issue of dense breast tissue and law’s impact. An online survey through Research Now was distributed to 500 California women, between the ages of 40 and 74 years old who had a mammogram within the past two years. The surveys were completed March 22-27, 2018. The racial/ethnic representation within the study sample was reflective of the state’s population.

Key Findings:
95% of respondents want the breast density reporting law to remain.
85% of respondents agreed that it is important that every woman knew her type of breast tissue and 88% agreed that they would prefer to know than not know.
68% of California women learned of their breast tissue type from a conversation with health care providers.
59% of the respondents who had dense breasts indicated that their health care provider had talked to them about having additional screening. 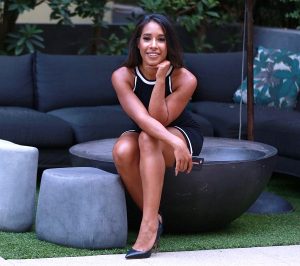 Milan Zoe Reigns as “The Olivia Pope of Entertainment” 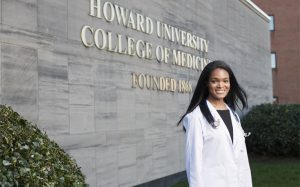 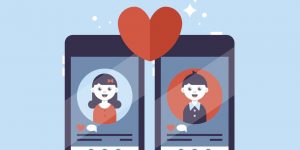