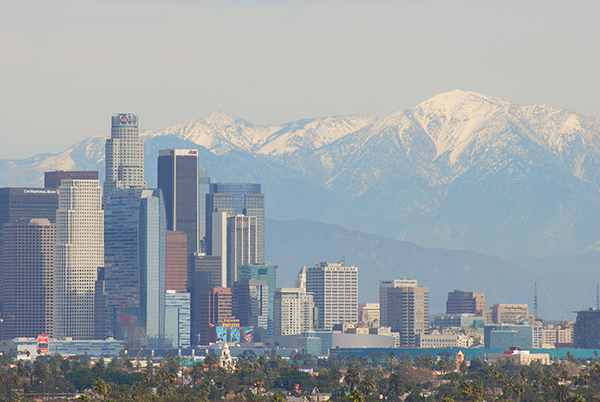 A man paralyzed in a shooting that occurred while he was trying to escape gunfire that erupted at a downtown Los Angeles hotel in December is suing the establishment and the alleged gunman, who remains at large.

The Standard Downtown L.A. and Jamaine Harrington are named as defendants in the lawsuit filed Wednesday in Los Angeles Superior Court by Jayshawn Barton, who is seeking unspecified damages.

A hotel representative could not immediately be reached for comment on the suit, which alleges negligence, premises liability, assault, battery and both intentional and negligent infliction of emotional distress.

Harrington also is being sought in the killing of 22-year-old Thomas Johnson and the wounding of two other men besides Barton who survived the gunfire that began about 2:20 a.m. Dec. 13 at 550 S. Flower St., the Los Angeles Police Department reported.

Harrington and others had been escorted out of the hotel’s Rooftop bar before the shootings after they became involved in a fight, the suit says. Harrington and those with him lingered in the lobby, where the gunfire began, according to the complaint.

The suit alleges the hotel had insufficient security and that someone like Harrington should not have been allowed on the premises because he allegedly had a known propensity for violence.

“As a proximate result of this negligence, (Barton) was shot and will remain paralyzed for the rest of his life,” the suit states.

Johnson, the fatally injured victim, was standing outside the hotel when two groups of men got into an argument that escalated into a fight. After the fight ended, a suspect pulled out a handgun and began shooting at the victims, wounding two men in front of the hotel, according to the LAPD.

Johnson ran to the rear of the hotel through the lobby to avoid getting shot, police said. Simultaneously, Harrington allegedly ran around the hotel toward the rear and confronted Johnson and continued to fire several rounds, hitting Johnson and another victim who returned fire with his own gun.

The Los Angeles City Council earlier this month offered a $50,000 reward for information leading to the arrest of the 32-year-old Harrington. He is black, about 5 feet 6 to 5 feet 8 and 140 pounds with brown eyes. His hair at the time was braided in corn rows.