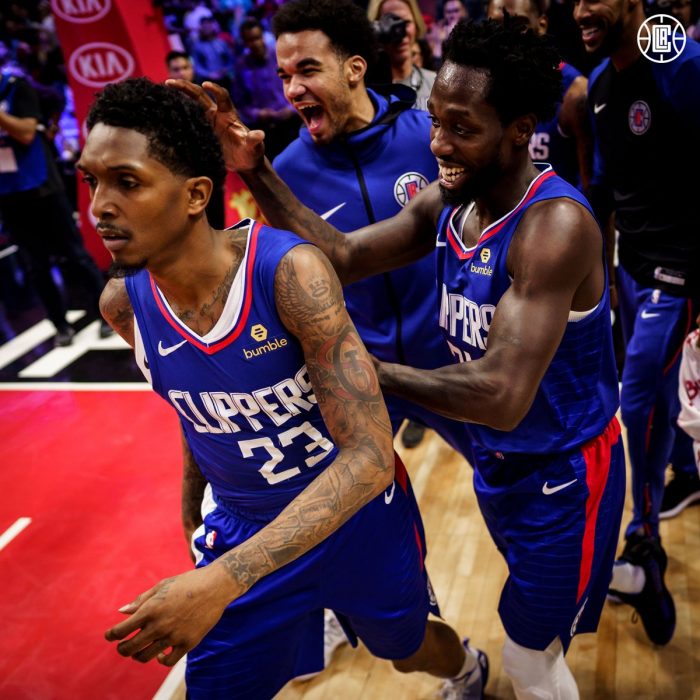 The Los Angeles Clippers remain on the fast track to the Playoffs after sneaking a 119-116 win past the Brooklyn Nets. With five seconds left in regulation, veteran guard Lou Williams destroyed the Nets’ hope for an overtime push with a clutch three-pointer from 28-feet out.

“I’ve seen him do this on numerous occasions, so for him to hit a big-time shot like that, it’s something he can definitely add to the resume,” said Clippers center Montrezl Harrell. “He’s just a professional bucket getter.”

Six Clippers players scored in the double digits, with half of them scoring at least 20 points. Williams led the Clippers in scoring with 25 points and forward Danilo Gallinari made 11 rebounds with his 20 points. Rookie guard Shai Gilgeous-Alexander led with 10 assists along with scoring 14 points.

Gilgeous-Alexander registered his first double-double of his NBA career during the match-up.

“I think he has the chance to be a special player,” said Clippers head coach Doc Rivers. “He just has it in him, he works at, he’s extremely coachable.”

“The game, it was disjointed,” Rivers said. “The game is won, then it’s lost or tied and then we make a miracle shot.”

When the fourth quarter began, both teams were tied at 87, the Clippers built a 14-point lead. A seven-point run and sound free throw shooting gave the Nets a competitive edge in the final minutes. A dunk by Allen tied the game at 116 with seconds left in regulation.

“I think [Russell] and [guard Spencer Dinwiddie] did a great job of handling the ball and making the right calls,” Allen said about the late rally. “[Forward Joe Harris] made some amazing shots and we played how we should be playing.”

Brooklyn took authority of the game early with Russell and Allen scoring out the gates. A two-minute scoring drought by the Clippers gave the Nets a six-point advantage. The lead ballooned to 10 points, the Nets landed five three pointers compared to the Clippers two. Forward Rodious Kurucs defended Brooklyn with two steals and three blocked shots.

“I thought they were a scrappy team, they play hard, they play free,” Williams said. “They put us in a position where we had our backs against the wall and kinda had us in a tailspin.”

Harrell willed the team in the second quarter with close ranged baskets after Brooklyn went on a 12-2 run. Gallinari and guard Landry Shamet evened out his offensive attack with three-pointers. Los Angeles battled from a 19-point deficit to reach halftime ahead 60-55. Gallinari scored 13 points and Harrell scored 12 points in the second term alone.

The Nets came back from the half with a strong frontcourt defense, denying the Clippers several shots from below. The Nets attacked the basket fast and often, scoring 20 points in the paint.  Russell tied the game at 77 with less than five minutes left in the third.

Rivers noted how the match up mirrored their previous game against the Nets back in November, the Clippers defeated Brooklyn 127-119.

“They have a ton of just good players, we play hard,” Rivers said. “The two teams are just so similar.” 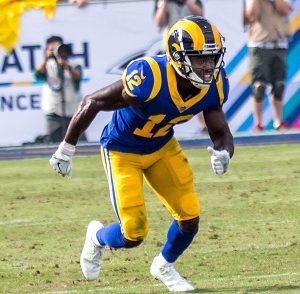 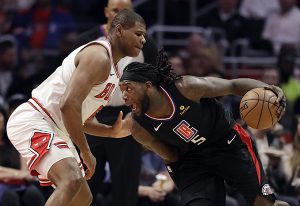 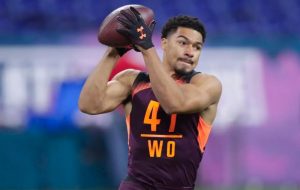 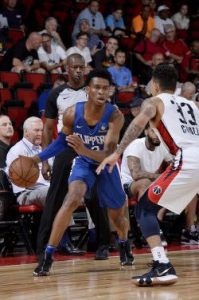