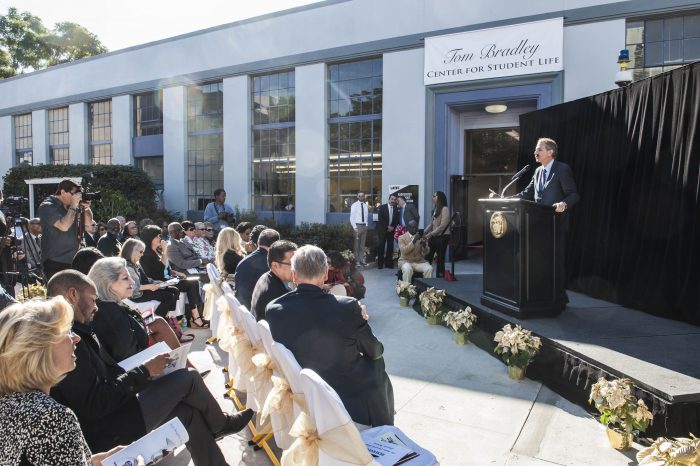 The Los Angeles Community College District (LACCD) honored the late five- term mayor of Los Angeles Tom Bradley with the renaming of a building on the campus of Los Angeles Trade-Technical College. Redwood Hall, which currently houses the college’s student government, clubs, and a city Work Source Center, is now named the Tom Bradley Center for Student Life. The LACCD Board of Trustees chose to rename the building on the occasion of what would have been Mayor Bradley’s 100th birthday.

Tom Bradley attended LA Polytechnic High School which once occupied the same campus where LATTC now sits. Bradley was a track and football star and became the high school’s very first African American student body president. Redwood Hall is among the buildings that remain on the community college campus from the Polytechnic days. Bradley went on to attend UCLA, joined the Los Angeles Police Department and eventually rose to the position of Mayor of Los Angeles, becoming the first Black mayor of a major U.S. city. 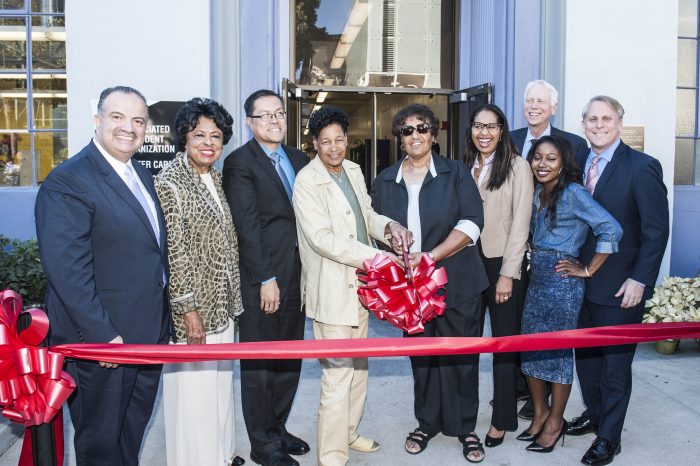 “Our Los Angeles of today was built upon Tom Bradley’s incredible legacy of public service,” said LACCD President Kamlager-Dove. “Mayor Bradley embraced our city’s diversity and worked to promote economic opportunities for all. Our community colleges are a reflection of his vision and a manifestation of what true commitment to inclusion and advancement for students from all walks of life looks like.”

“Our family is so honored by this, and I want to thank the LACCD,” Lorraine Bradley said. “To know that my father walked in this building just like the Trade Tech students do now is so inspiring. Thank you.”

“The Trade Tech family is honored to name this building for the five-term mayor Tom Bradley, who was a pioneer and in so many ways and shaped the city of Los Angeles,” LATTC President Larry Frank said. “Bradley’s legacy was born right here on our campus, and his name will serve to guide students and staff for generations to come. His life and his work have touched so many students that have attended this college, and we want to preserve the importance of his contributions to our city and communities.”

Trade Tech, through the guidance of historian Sharon Sekhon, created a display of memorabilia in the Tom Bradley Center for Student Life, which covers some of the accomplishments of the late mayor. Many of his former staffers also provided recollections of his tenure. The event was marked with a 10-tier cake, with each tier featuring a milestone from Bradley’s service as mayor.