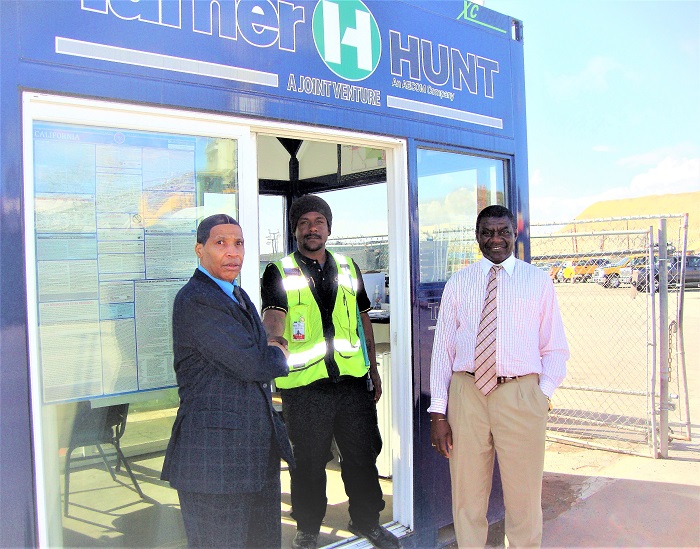 National Eagle Security, Inc. (NES) will be providing security for the Rams stadium project. The minority-owned firm was chosen by Turner/Hunt to participate as site security for this $2.6 billion project. NES is proud to be a part of the effort to create jobs for the community, revitalizing the South and Southwest Los Angeles districts, to address chronic unemployment.

“It is going to be a beacon to create about 40,000 new jobs immediately,” said Samuel Scott, Executive Management/Operations of NES.

“It’s going to allow folks that are not working to be able to put food on the table.”

A non-union contract security organization, NES was originally established in 1992 as Mainland Best Security, Inc. Over the past 10 years, NES has garnered a track record of having managed security for over $10 billion in construction projects, and focused on approaching major corporations, and signing contracts to put people of color back into the economic ballgame, by providing employment in security, administrative, accounting and support jobs with the ultimate vision of boosting the local economy.

“This will lead to empowering people of color, who then will be able to purchase goods, and services locally,” stated Scott. “The local hire, that is what is attractive to the powers that be, that’s what they want to do—they want to create jobs.”

Local hire is something Scott stressed is very important to the companies involved in this and other construction projects taking place in South L.A. He also stressed that the need to work with minority companies is in high demand. NES is one of the few that has managed to stay based in Los Angeles. 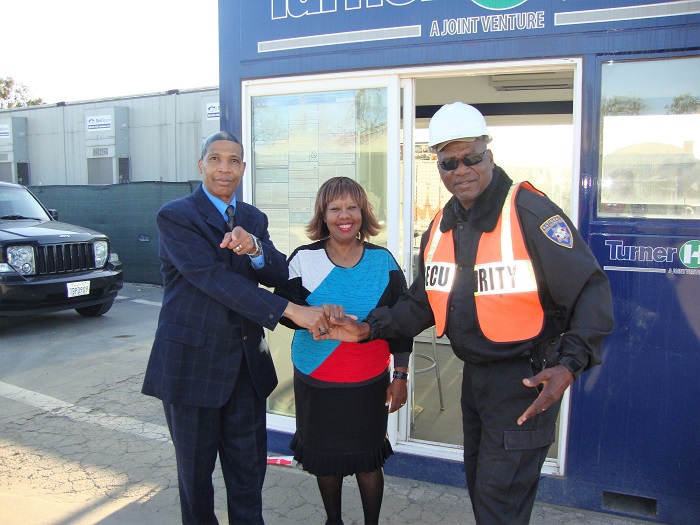 NES has been working through local faith-based churches such as Faithful Central Bible Church, West Angeles and Crenshaw Christian Center and local newspaper such as the Sentinel to get word out about the coming job opportunities.

“A lot of the pastors have been very helpful because their trying to put their [congregation] to work,” said Scott. “A lot of people are unemployed.”

NES other projects include the LAFC Soccer Stadium project, an estimated $350 Million Project projected to create 3000 community jobs, the Kaiser Baldwin Hills Medical facility a $90 million dollar project and the Purple Line which is a $2.4 billion projects.

NES hopes to utilize as much of the local community to benefit from these new jobs and opportunities. Scott has some words of encouragement he wanted to with the community.

“Keep the faith, don’t give up, be aggressive, keep trying,” said Scott. “It’s not easy, we had to knock on a lot of doors.

“It’s a blessing to be able to come in here and create jobs and turn the community around.”