L.A.-area organizations provide guidance to help maintain the peace in the community 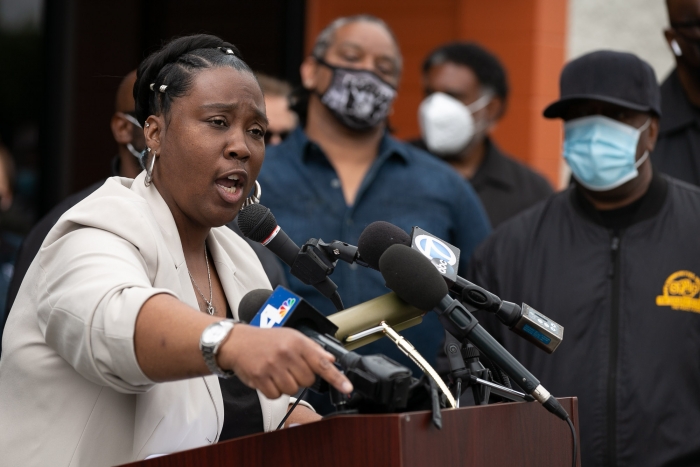 The organizations, connected by their advocacy for criminal justice reform, held a press conference on April 21, to announce their intention to form the Southern California/L.A. Peacekeepers Collaborative (SCLAPC).

Dr. Aquil Basheer, executive director of the Brotherhood Unified for Independent Leadership Through Discipline program (BUILD), founded SCLAPC to share knowledge and lessons learned from decades of working on inner-city streets to mitigate disagreements among individuals and groups.

Explaining how current events were an influencing factor in establishing SCLAPC, Basheer said, “As the nation remains on edge regarding gun violence, police-involved shootings and unprovoked racists attacks on Asian Americans, collaboration and preparedness on the street level [are] the key to violence prevention.

“The goal of the SCLAPC is to connect successful efforts from across the country to complement local community policing efforts,” revealed Basheer, who is also an instructor at USC’s Safe Communities Institute and author of the acclaimed book, “Peace in the Hood: Working with Gang Members to End the Violence.”

As part of the services offered by SCLAPC, he is expected to share insight from his role as a leader of the Community Based Public Safety Association (CBPSA), a first-of-its-kind association of community-based public safety and violence prevention programs. Basheer is also a highly regarded expert on violence intermediation, public safety and hardcore gang intervention.

Basheer stressed that the “SCLAPC objective is not to replace existing prevention and intervention models, but to urge City leaders to expand on these best practices in the highest risk districts where crime is impacting residents the most.”

He continued: “SCLAPC members have long provided some of the most credible expertise and been part of the process of change. The new alliance is expected to set the standard in which similar peacekeeping organizations will be able to provide a measurement for success.  The collective has brought together decades of expertise, which has proven effective nationwide.” 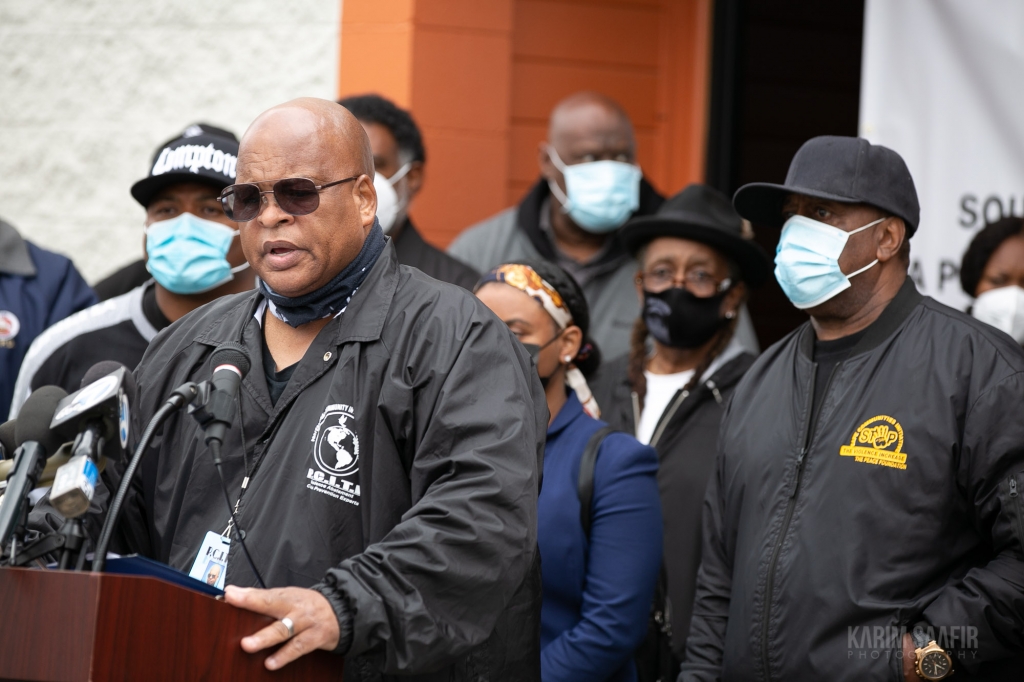 Aquil Basheer outlines the goals of the Southern California/L.A. Peacekeepers Collaborative during a press conference on April 21. (Karim Saafir photo) 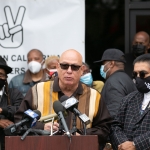 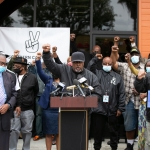 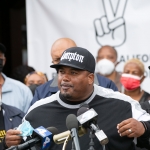 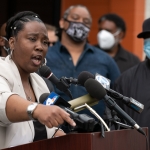