Homelessness is at an all-time high in Los Angeles, right now, with over 40,000 citizens living on the street. With this becoming a city-wide crisis, it may lead one to ask – are we (city officials, citizens, and individual communities) genuinely doing enough to help fellow Angelenos in need?

While there are multiple platforms that work to fight for and help homeless people, members of these homeless communities feel as though they still do not have the proper resources and support.

This is what led Teri Rogers, Skid Row survivor, to start her own non-profit organization, Breaking Stigmas Treatment Operation.

Breaking Stigmas Treatment Operation works to advocate for those who are currently suffering from homelessness, mental health and issues regarding substance abuse and women’s health.

“After graduating from a recovery center back in 2019, I felt the need to be in service and help others through my lived experience,” Rogers told the LAS in an interview.

Along with graduating from the recovery center, 2019 also came the release of “Game Girls,” a Breaking Glass Pictures documentary that followers Rogers and her girlfriend, Tiahna Vince, as they navigate life and their relationship through the chaotic world of Los Angeles Skid Row.

Through her organization, Rogers also works to support homeless individuals who suffer from the disease of addiction.

“It doesn’t discriminate,” she said passionately. “[Addiction] is just as disabling as someone dealing with cancer or an amputated arm or leg. However, those instances are met with sympathy and compassion from both the community and the health industry. We don’t get that kind of support.”

Rogers took the time to share that life in homelessness is often about the hustle. A typical day on Skid Row all depends on what side you’re on.

“Especially in downtown L.A. – there’s a lot of hustle and bustle. Drug dealers and drug users are normally up very early with a great work ethic, selling drugs or collecting cans. Everyone’s on the grind,” she said.

“But, if you’re in the middle, like me, you’re normally up packing to relocate for the city workers to clean the streets. It’s always very noisy and dirty.” 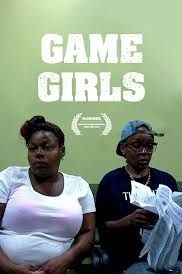 This is why Rogers feels though she has to “fight and fight and fight to find a way to bring awareness” to the struggles of the homeless community. Her organization works to provide tools such as case management, support and resources, gas cards, community service opportunities and a variety of services that assist people with getting back on their feet. Rogers also provides the homeless population, along with seniors living alone, with food through her catering service.

Are city officials doing the right work? Teri Rogers believes that they don’t do enough. While services look good on paper, she noted that those in need often have to jump through “fiery loops” that frustrate and discourage people from properly taking the steps to pursue help.

“I had to advocate for myself very, very, very hard. I almost lost my housing while in treatment, which would have another roadblock [for me]. So, I think we need more homeless prevention options,” she said.

“Their [city officials and servants] role to me is no depart from all different folks from all different walks of life. You don’t have to be uneducated to become a part of Skid Row. There’s a lot of strong people of all different intellects. I just that without stability, it’s hard to manage everyday life. People are scared already living second-to-second, minute-to-minute.”

Rogers shared that the goal is for homeless people to become “productive members of society.”

Teri believes that the best way that the community could better support homelessness is “by not looking down on or judging [homeless people]. [We should know] that any of us could be one paycheck away, decision away, or even trauma-related experience away from losing everything.”

She also wanted to make it known that each person suffering from homelessness has their own set of trials and tribulations. “Each individual requires a different level of care, some more severe than others, but the judicial systems screw us.” 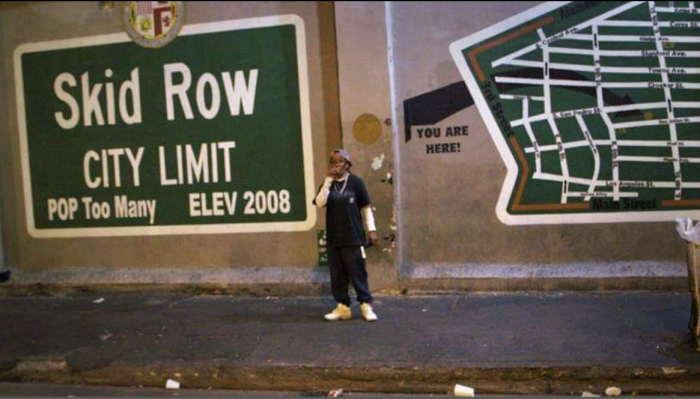 “Skid Row is a world within a world,” says Teri Rogers. (Courtesy Photo)

During times of COVID-19, Roger observed that a necessity genuinely needed for unhoused individuals is continued care. Some are able to get services from specific areas that they are living in, however, once it is time to move, the care may no longer be available.

As the year continues, Breaking Stigmas Treatment Operation is looking forward to providing recovery-bred housing (RBH) to those released from custody and rehabilitation centers. The organization hopes that, with this, more people will be able to have easier transitions back into society with a purpose.

“Eventually, I’d also like to build tiny homes for temporary housing that provide basic living skills to get people back on their feet,” Rogers said.

For Rogers personally, as the year continues, she hopes to get herself and others out of poverty. “I’d also like to provide weekly therapy sessions ran by licensed therapists and financial literacy classes. I want to break the stigmas so that all people can receive what’s not being given due to financial qualifications.”

To support Teri Rogers and her non-profit Breaking Stigmas Treatment Operation, you can donate to their Cashapp ($BreakingStigmas). You can also follow their Instagram @beyond_stigmas, or visit their website: https://stigmas.info.  The documentary “Game Girls” is available to watch on Amazon Prime.