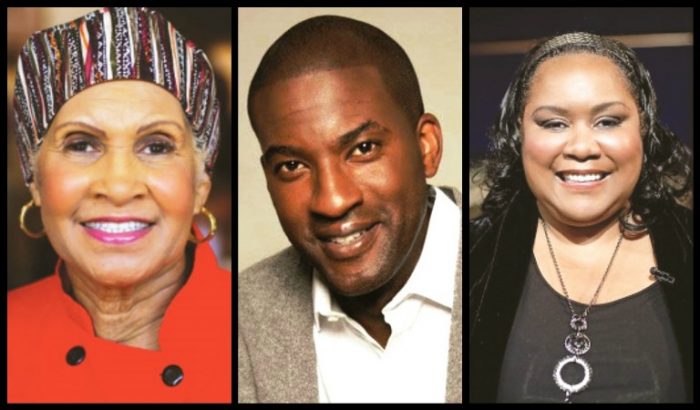 Powerhouse and best-selling author/publisher Zane will headline the Leimert Park Village Book Fair (LPVBF)! Zane is a New York Times best-selling author of 32 titles, and considered one of, if not the most, powerful African-American female in the publishing industry. She is the publisher of Strebor Books International — an imprint of ATRIA Books/Simon and Schuster, and the third largest publishing corporation in America. Interestingly, until 2006, Zane, Toni Morrison and Terri McMillan were the only three African-American females to make the print list of the New York Times Best Seller List in this century.

“Voted One of LA’s Five Best Annual Book Festivals,” the LPVBF will be held on Saturday, August 20, 2016 from 10 a.m. to 6 p.m. on the outdoor promenade of the Baldwin Hills Crenshaw Plaza (BHCP), located at 3650 W. Martin Luther King Jr. Blvd. in LA. Thousands are expected to flock once again to this family-oriented festival held in the heart of Leimert Park, the epicenter of the Los Angeles area African American arts, intellectual and literary scene. The Leimert Park Village Book Fair’s tribute to the love of reading cleverly merges the worlds of literary, entertainment and the culinary arts, offering an eclectic mix of literature, art, music
and food.

“With exciting headliners and authors — new to the Leimert Park Village Book Fair, and returning authors, who have supported us for this year – the 10th anniversary promises to be our biggest and best yet,” said Cynthia Exum, executive director and founder of LPVBF. “It’s been a wonderful journey. It has grown into an important cultural institution in our community. It’s been truly rewarding and humbling. I hope everyone enjoys our 10th anniversary extravaganza because it will indeed be a
wonderful day of celebrating the written word!”

The book fair’s line up includes headliners, crowd pleasers and fan favorites, offering an intellectually engaging day, promoting literacy. Along with Zane, who will be signing her latest tome, “Vengeance;” celebrity power couple Meagan Good and DeVon Franklin will share bits about their courtship and love affair from their best-selling novel, “The Wait.” White House correspondent and political commentator April Ryan, author of “The Presidency in Black and White,” and economist and political analyst Dr. Julianne Malveaux author of “Are We Better Off” will take time away from the Capitol to talk about the topic of “Are We Better Off?”

And Grammy Award-winning recording artist Bobby Brown will spill the dish in his new biography, “Every Little Step,” on his life and love, Whitney Houston.

Crowd pleasers like media personalities Rolonda Watts and Flo Anthony will share excerpts from their new books, “Destiny Lingers” and “One Last Deadly Play,” respectively. There will be an iconoclast conversation between pioneering director turned-author Matty Rich (“Straight Out of Brooklyn” and the “Inkwell”) and legendary musician Charles Wright (writer of the hit song, “Express Yourself”). Rich will discuss “Bev,” a gripping novel that centers on the real-life story of a little-known figure in the Civil Rights movement – a white social worker by the name of Beverly Luther. Rich has also secured the movie rights to the book for a film adaptation. And Wright will talk about his new book, “Up: From Where We’ve Come,” which highlights historical accounts of his past long before he gained status as a musical legend. 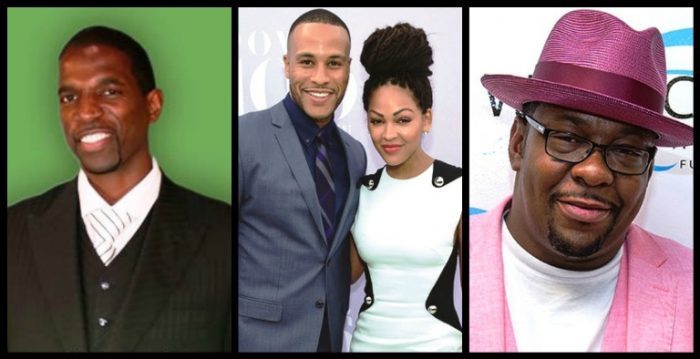 For readers who like thrillers and mysteries, they’ll love meeting fan favorites like Pamela Samuels Young, winner of the NAACP Image Award for Outstanding Fiction for “Anybody’s Daughter” and Gary Phillips, author of “Cowboys” and “The Cocaine Chronicles.” Best-selling husband-and-wife writing duo Tananarive Due and Steven Barnes will be signing their latest releases, including “Ghost Summer” and the “Seacape Tattoo.” An award-winning novelist and screenwriter who teaches creative writing at UCLA, Due also nabbed an NAACP Image Award literary nomination for the short story collection “Ghost Summer” this year. Directing the main stage’s incredible line-up will be known inspirational speaker, award-winning executive life coach, and author of “Betrayal”, Barbara Perkins, joins us as the Mistress of Ceremony.

The culinary stage will also be heating up with reality star Miss Robbie of OWN’s “Welcome to Sweetie Pie’s” serving up something special – like her famous mac ‘n cheese — and signing her new cookbook. Titled “Sweetie Pie’s Cookbook: Soulful Southern Recipes, from My Family to Yours” the celebrity chef welcomes you into her kitchen to experience more than 150 tasty foods as she shows what it means to put heart and “foot” into a dish. And celebrity Chef Rome Brown – who has cooked for former Secretary of State General Colin Powell, NBA champion Shaquille O’Neal, and NFL player Cam Newton – will share his passion for cuisine and sign his new
cookbook, “Eat Like a Celebrity: Southern Cuisine With a Gourmet Twist.”

Foodies may be familiar with Chef Brown from competing on season one of the Food Network’s reality show, “Extreme Chef.” And while Miss Robbie and Chef Rome will be serving up some serious soul food, Chefs Jaime Martin Del Campo and Ramiro Arvizu of Mexicano Restaurant at the Baldwin Hills Crenshaw Plaza will bring an authentic taste of Mexican fare to the book fair’s culinary stage. Affectionately known together as Jaime and Ramiro, the chefs are two of the biggest stars in the Mexican cooking world. In 2008, the two nabbed a nomination for Best Chef from the James Beard Foundation, and continue to earn recognition for their exemplary Mexican cuisine.

And for the sports lover, former NBA player A.C. Green (L.A. Lakers) and journeyman NBA/CBA player Juanquin “Hawk” Hawkins (Houston Rockets), who is the author of “Stroke of Grace,” will grace the sports pavilion, and offer words of inspiration for both on an off the court.

The day will culminate with a closing keynote speech by motivational speaker, Ramsey Jay Jr., author of “Empower Dreamers to Become Achievers.” Jay is a Wall Street- trained, Ivy League-educated finance professional with more than a decade of global investment management experience. Named by Ebony magazine as one of the top “30 Young Leaders Under 30,” he recently delivered opening remarks at the White House where President Obama and the First Lady hosted an event, honoring Ray Charles. His message and enriching inspiration has touched many lives, encouraging all people to live their best lives without fear and limitations.

“We are thrilled to host this grand celebration, and honored that this outstanding event has found its home in the Baldwin Hills Crenshaw community,” said Rachel Freeman, general manager for Baldwin Hills Crenshaw. “This event is part of our ongoing commitment to bring high-quality activities to our neighborhood, and we are proud to support efforts promoting literacy, history and culture. We hope the entire community will come out and enjoy this event, where there really will be something for everyone to enjoy!”