I recently attended a town hall meeting hosted by the Honorable Maxine Waters, U.S. Representative for California’s 43rd congressional district.  I knew it was going to be one of the most truthful, no-holds-barred community conversations that I have heard to date.  I also knew I was going to see and hear, from different perspectives and from different approaches, how to deal with and how to survive the Trump presidency over these next four years.

I also knew that I was going to see a wild side of the community, that was going to be in attendance, that was just not going to do anything other than castrate Trump in apogee and talk as wild as Trump himself.  The one thing I wasn’t prepared for, was to see a small group of Trump supporters, sitting in the middle of the Inglewood High School auditorium.  Picture this; eight white Trump supporters, in a predominantly Black community, sitting in a predominantly Black high school auditorium, surrounded by a couple hundred supporters of Congresswoman Waters; of all ages, cultures and from every socioeconomic background.  The Congresswoman said that this was the first of several town hall meetings that she was planning host.  When I walked in, I looked all around and headed to the front of the auditorium looking for a seat.  I’ve got this thing about sitting in the back of any room; I feel that too many have fought and died so I wouldn’t have to take a back seat, so you’ll always find me in the front, but I digress.

As I was speaking to friends and looking for a seat, I heard this commotion going on in the middle of the auditorium.  You got it, it was the Trump people or should I say, one of the Trump supporters videotaping all the people sitting around him and trying to get them to engage him. He had on his red, “Make America Great Again” cap and really doing his best to get them to go off on him.  Well, I saw that there was an open seat next to him, so I broke my own protocol and headed to the empty seat next to him.  There were four of his friends sitting in front of him and another friend of his sitting two seats down from him and two other trump supporters on the other side of him.  So, I walked over to the isle and sat down right next to him and by the time I got seated, he and this woman sitting behind him were in an all-out war of words.  She was reminding him of his ancestry in the Caucasoid mountains questing for fire and he was using his phone to video the entire exchange.

As I sat down, he immediately turned to me with his phone videoing me and asking me my name and, if I was a trump supporter.  I turned my head and just looked at him for a second and turned back and looked around the room.  Now mind you, this sister behind me is still teaching European history and she was as cold with it as Antarctica.  Well, by this time he (the only boisterous Trump supporter) had everyone around; Blacks, whites and Latinos, men and women, all calling him names and he was loving it.  I’m sitting there just thinking; Tony, let’s see what would happen if I don’t engage him, but let him feel my presences.  He kept asking me questions and after, oh say a couple of minutes, he felt me up against him in the chair.  Now I’m no little guy and he wasn’t either and we’re sitting in an old high school auditorium, you know we were bound to touch at some point.  Well, when it hit him that my arm was bleeding over into his side, he said to me, “you’re pushing me”.  Well I didn’t even look his way, I just kept looking around the room looking at the people and listening to the school band that was there to entertain the guests until the program started.  Because I didn’t say anything, he asked one of his buddies, that was sitting in front of us, to go ask the police officer that was there, to come so that he could report me.  Well, the young guy came back and said that the officer said that he needed to come himself to repot me.

Allow me to fast forward.  As the program began, this Trump support began to get so crazy, that the police asked that one Trump supporter to leave; and when he did, the room went nuts.  The others sat there quietly for a while, only to leave shortly after he was escorted out and when they got to the exit door, they yelled out ‘something’ and left.  Okay Tony, so what was the learning lessons from the Trump Presidency?

When I sat next to that poor misguided brother and hearing that sister calling him everything but a child of God, it hit me like never before; this nation is in a sad state of affairs, all because we don’t have the courage or the will to face our fears, and phobias and admit our ignorance of self, society and the world.  It’s a little different when you’re in the game and not just sitting on the sideline, and sitting next to that die-hard Trump supporter, really put me in the game.  I once read that, “Not everything that has been faced had been changed, but nothing can be changed that hasn’t been faced.”  We’re never going to change this society or the world until we get the courage to face change and admit a need to change.  As a father of five young adults, it breaks my heart to see them living in a nation in love with coprophilia, rather than any real measure of truth, living in a world where facts have become as dangerous as kryptonite was to superman.

As sad as all of this is, I can still hear Dr. King saying Carlisle is right, “No lie can live forever”. I still have hope because William Cullen Bryant was right as well, “Truth crushed to earth will rise again”.  I still have hope because James Russell Lowell too was right when he said, “Truth forever on the scaffold, wrong forever on the throne”.  I’ve got hope because I read somewhere, “You shall reap what you sow”.  So, the Learning Lessons from the Trump Presidency for me; I learned that Dr. King was right, we are going to be okay because both, the sacred heritage of our nation and the eternal will of God are embodied in our echoing demands.  I learned that as difficult as it seems during this period, however difficult it is to continue to live with the agony and the continued existence of racism, homophobia, Islamophobia and however difficult it is to live amidst the constant hurt, the constant insults and the constant disrespect, I learned that the arc of the moral universe is long, but it bends towards justice and we will be alright! 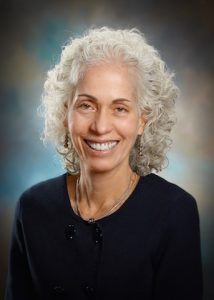 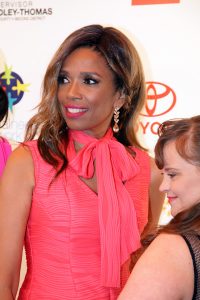