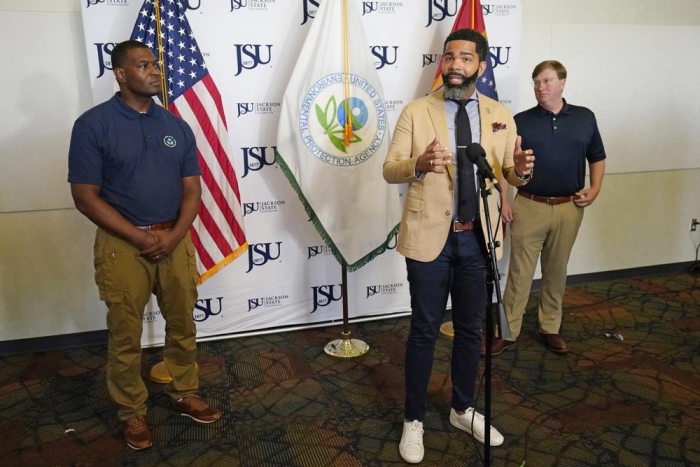 A new class-action lawsuit seeks to force Mississippi’s capital city to fix its troubled water system, including removal or repair of pipes and equipment contaminated with lead.

The suit was filed Friday, Sept. 16, in federal district court, a day after the state health department told people in Jackson that they no longer had to boil water before drinking it or using it to brush their teeth.

“We are striving to secure clean, safe water for the Jackson community — a community that has been suffering with contaminated water for years,” one of the attorneys who filed the suit, Robert Gibbs, said in a statement Monday. “This is a righteous fight, and one we intend to win.”

Crews from Mississippi and other states started repairs in Jackson’s two water treatment plants after Gov. Tate Reeves declared an emergency nearly three weeks ago, and that work continues. The emergency work has not included removal of old cast-iron pipes with lead joints.

The Mississippi Emergency Management Agency said a chlorine leak occurred Monday in a building at the main treatment plant. Workers were evacuated, and air scrubbers prevented the chlorine from leaving the building. The agency said water treatment was not interrupted, and customers can continue to use water from the tap.

Most of Jackson’s 150,000 residents lost running water for several days in late August and early September after heavy rainfall exacerbated problems in the city’s main treatment plant. At that time, the city had already been under a boil-water notice since late July because of cloudy water that could make people ill.

Jackson has had water system problems for years, and tests by the state health department in 2015 found higher-than-acceptable lead levels in some water samples.

The class-action lawsuit is against the city of the Jackson, the current mayor and his immediate predecessor, three former public works directors, an engineering firm and a business that had a city contract to replace water meters. Mayor Chokwe Antar Lumumba’s office said Monday that the city has no comment on the suit.

Three lawsuits had already been filed over Jackson water quality in 2021 and 2022 by different attorneys on behalf of individual plaintiffs. The new lawsuit has four Jackson residents as plaintiffs and is the first class-action suit that seeks to represent most people exposed to the Jackson water system since 2009.

“This public health crisis, decades in the making, was wholly foreseeable by Defendants’ actions and has left Jackson residents in an untenable position — without access to clean, safe water in 2022 in a major United States city,” the new lawsuit says.

Jackson is the largest city in one of the poorest states in the U.S. The city has a shrinking tax base that resulted from white flight, which began about a decade after public schools were integrated in 1970. Jackson’s population is more than 80% Black, and about 25% of its residents live in poverty.

The new lawsuit notes that the city public works director in 2016 said old cast-iron water pipes in Jackson had lead joints every 20 feet (6.1 meters). Lead can enter drinking water if the water has a low pH level, which means the water is too acidic. The lawsuit says the Jackson water has been too acidic.

Since the finding of elevated lead levels in Jackson water in 2015, the city has continued to publish public notices about water quality not meeting minimum standards. 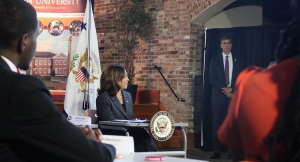 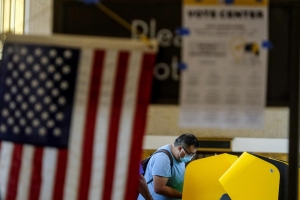 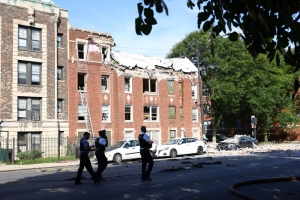