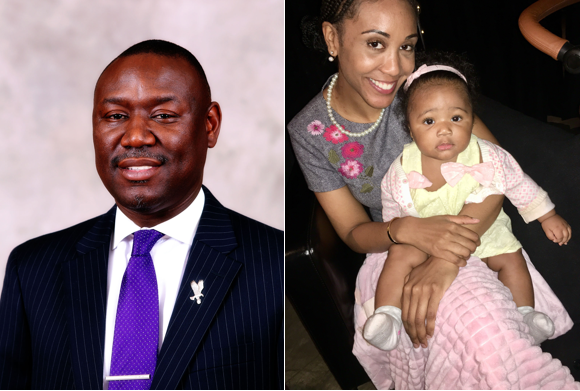 Brianna Williams said she was forced to spend the night in the airport terminal with her baby and inadequate supplies after a confrontation with American Airlines personnel. Williams has hired attorney Benjamin Crump to represent her. (courtesy photo)

Third year Harvard Law student Brianna Williams has hired attorney Benjamin Crump, widely known for handling civil rights cases, to help her go after American Airlines for being what she called, “a company whose ideals appear to be rooted in a racial hierarchy that puts Black customers at the bottom of the list.”  In a recent interview with the Sentinel, Crump pointed out other grievances that Black customers have had with the airline as the reason for picking up the case. Attorney and client, Crump said, hope that by calling attention to American Airline’s practices, the company would be forced to change some of its discriminatory policies.

According to Crump, Williams, who is a Los Angeles native, had been on a  flight to New York, when the pilot announced to passengers that there were some problems and the flight would be delayed.

“She had been traveling with her infant daughter from Atlanta,” Crump explained.

“She carried on a diaper bag, a computer bag and her personal bag but a stroller for the infant had to be checked with the rest of her luggage.”

Eventually, the pilot informed passengers that they would need to get off the plane. Williams asked a flight attendant for her baby’s stroller so that she would not have to hold her and her bags while passengers were waiting for the flight. The flight attendant, according to Crump, had been rude and told Williams that she could not get her stroller and she was to get off the plane.

Williams pushed back, attempting to explain to the attendant the difficulties that not having the stroller would present while she was off the plane. The attendant went to the pilot, and Williams thought he would come to assist her. Instead, he was very aggressive toward Williams, informing her that no one would get the stroller for her and she needs to get off the plane or they would have her removed.

Williams, who studies the law, told the pilot as much and suggested that she knew her rights in this situation.

“He asked her, ‘what do you do?’ She wouldn’t tell him and further infuriated him to the point where he said, ‘that’s it, you’re getting off of my plane,’” said Crump.

The pilot pointed out that he thought Williams was a “safety risk” and a “threat”.

A few passengers at that point helped Williams gather her things and get back to the terminal. She asked the skycap if he could get her stroller, which he did and Williams believed that all was well. But the pilot, said Crump, seemed to be infuriated that Williams was getting help. He called the police who met them at the gate and told them that Williams was a threat.

She was not allowed to re-board the delayed flight  and was forced to spend the rest of the night in the terminal to wait for a 7:30 am flight. Low on baby supplies, she used bathroom paper towels to clean her infant and had to wrap her in a blanket. To add insult to injury, Crump said, by the time she finally did arrive in New York, American Airlines sent her luggage to the wrong airport.

“You can imagine as an African American when the police are told you are a threat how that dynamic could turn out,” said Crump.

“It’s really troubling with what’s going on in America, that the pilot can think that as long as he deems someone a threat he has to give no other justification [for abusive treatment].”

Williams reached out to the Daily News after seeing a story in that publication about New York activist Tamika Mallory getting kicked off an American Airlines flight.

Mallory, who like Williams is Black, was tossed following an argument over her seat assignment.

“This type of unregulated discretion is a segue into discriminatory policy,” she told reporters at the Daily News.

Airline spokesman Ross Feinstein said that the airline does not condone any type of discriminatory practices.

“From the team members we hire to the customers we serve, inclusion and diversity is a way of life at American,” he said in a statement. “Every day, our team members work to make American a place where people of all generations, races, ethnicities, genders, sexual orientations, religious affiliations and backgrounds feel welcome and valued.

“All of our team members … are proud to serve customers of all backgrounds and we are committed to providing a positive, safe travel experience for everyone who flies with us,” Feinstein said.

Crump said he believes that the Congressional Black Caucus will soon convene a public hearing in regards to the airline’s practices. 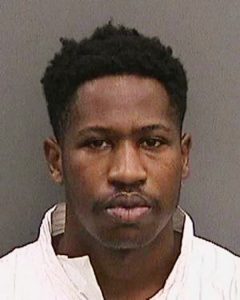 Tampa police: Finding gun was key in arrest in 4 slayings 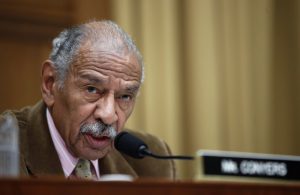 Lawyer: Conyers has no plan to resign amid harassment claims