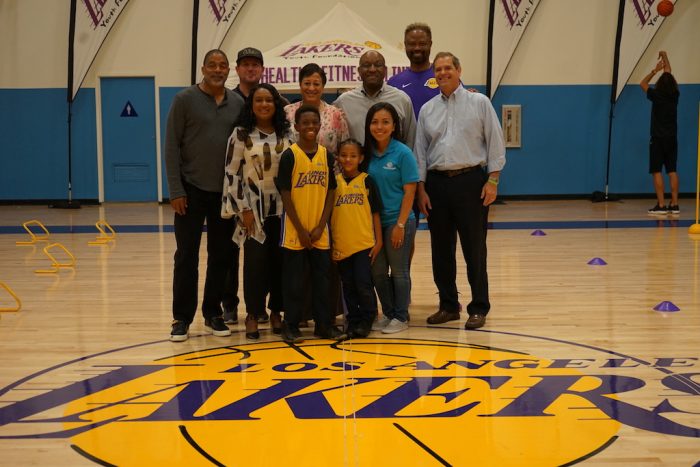 The non-profit organization celebrated its donation of refurbished indoor and outdoor basketball courts. Calvin Lyon, president of the Challengers Boys and Girls Club, expressed his appreciation to the Foundation for their continued support, which allows them to uphold the Challengers’ mission, ‘Great starts here.’

Following the court presentation, students participated in a health and fitness clinic, which featured instruction from Lakers’ trainers about basketball and nutrition.  Kids joyously participated in a series of drills and various full body workouts. 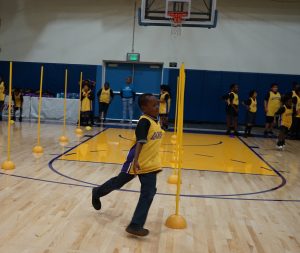 Students participate in Lakers’ clinic drills to promote health and wellness at the court dedication by the Lakers Foundation at Challengers Boys and Girls Club Metro L.A. (Photo by Lauren A. Jones/Contributing Writer)

“I think the message that it sends to the kids is someone knows us, they care about us, and they’re willing to invest in our future,” stated Lyon.

The aim of the Foundation is that each student walks away with a transformative Lakers’ experience as well as gaining new health, wellness, nutrition and educational tools to implement and share with family.

In line with Lyon’s sentiments, Nixon reiterated, “I want [the children] to understand that even a large organization like the Lakers cares about kids in our very own backyard in our community.”

The Lakers Youth Foundation works with over 20 Boys and Girls Clubs throughout the greater Los Angeles area. Its aim is to positively impact underserved youth through education, health and wellness, and basketball. Since 1992, the foundation has restored over 40 gymnasiums.

The two-time NBA champion Nixon addressed the importance of having facilities like Challengers that focus on underserved communities. The symbiotic role that Challengers and the Lakers Youth Foundation have had in the past and present is a necessity to continue the collaborative efforts that provide safe and inspired environments for students.

“If you were to talk to anyone in any professional sports, there were some facilities that we spent a lot of time using,” Nixon remarked. “Usually those facilities kept a lot of us from getting into trouble. I think when you give kids an alternative to come play, have fun, learn,  it’s much better than having them out on the street.” 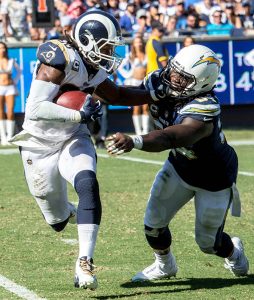 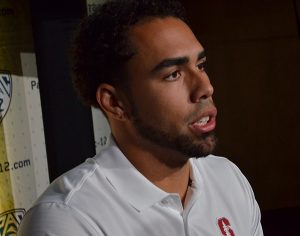