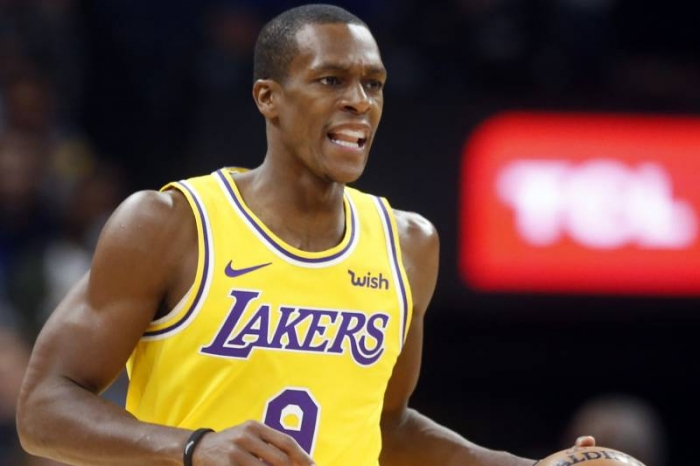 Los Angeles Lakers’ veteran point guard Rajon Rondo was expected to make his season debut in Sunday night’s game versus the visiting Toronto Raptors, but “will instead partake in a workout session with a few bodies to ramp up his endurance” according to Yahoo Sports’ Chris Haynes.

The 33-year-old point guard has missed the first eight games of the season due to a right calf injury. An MRI two weeks ago reportedly confirmed that Rondo suffered a mid-calf strain. On Saturday, he participated in an off-day workout with some teammates and assistant coaches to test out his progress.

Since Rondo has been sidelined by injury, James has been starting at the point guard position and taken on much of the ball-handling and playmaking responsibilities for the Lakers. Alex Caruso has gotten more minutes running point guard in Rondo’s absence as well.

Head coach Frank Vogel said he planned to start Rondo at the point a good amount during the season.

Once Rondo returns, the Lakers will be at full strength.