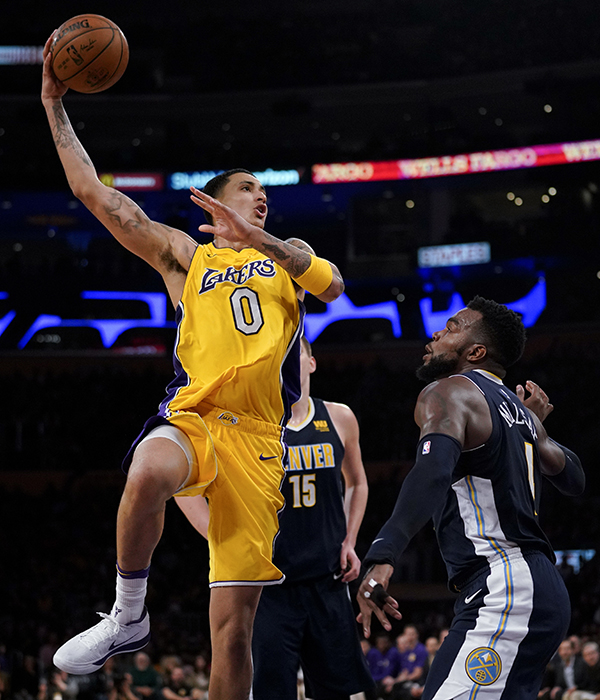 The Los Angeles Lakers played with new energy after halftime, securing a 112-103 win in their third and final meeting against the Denver Nuggets. Los Angeles scored a combined for 64 points in the second half, 12 points higher than their average of 52.7 second-half points.

“It was a tough physical game and we were the tougher team,” said guard Isaiah Thomas. “We definitely took that from them.”

Forward Wilson Chandler led the Nuggets with 26 points and 10 rebounds.

“I love the grit that we played with tonight, especially in that fourth quarter getting those stops that we hadn’t gotten in the two times they beat us this year,” said Lakers head coach Luke Walton. “I’m very pleased with the way our guys fought and competed and the physicality they played with.”

The Lakers and the Nuggets were evenly yoked in offense, both teams shot at 44 percent on the field. Both teams have a brief history of mild scuffles; centers Nikola Jokic and Randle had to be separated after exchanging words, adding to their drama of discord near the end of the game.

Randle and Brook Lopez rebutted the tough offense of Murray. The two frontcourt players combined for 22 points, giving the Lakers a 35-22 lead at the end of the first quarter.

The Lakers relied too much on perimeter shooting, going 1-12 behind the arc in the second quarter. Their dominance diminished by Chandler, who scored 11 points. Los Angeles recovered from almost six minutes of going scoreless with a one-point lead at halftime. 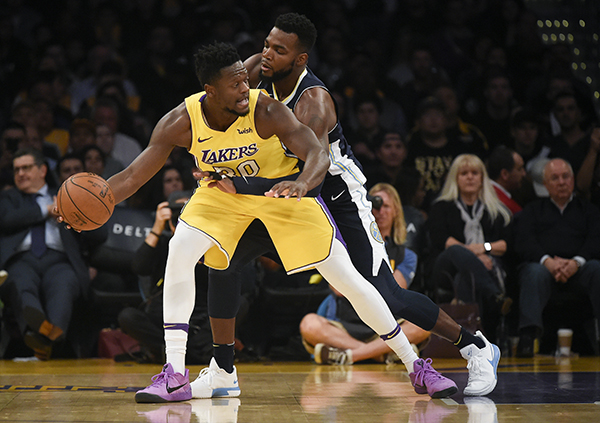 Kuzma commanded the Lakers offense, scoring 16 points in the third. The offensive accuracy of Chandler and Nikola Jokic kept the Lakers behind by as much as 10 points.

“We needed a win,” Kuzma said. “That’s a team that’s trying to get into the playoffs and we just did a good job of just fighting through a lot of things. We made stops and prevailed.”

Guard Isaiah Thomas stepped up to perform in the final act, scoring 12 points. He helped Randle pull the Lakers out of a six-point deficit. Ball’s only three-pointer would give the Lakers the lead and they never looked back. A 6-2 run by Kuzma was another dire blow to the Nuggets, along with their offense going stagnant for three regulated minutes.

For the first time since the 2012-13 season, the Lakers collected 31 wins. Although they may not make the playoffs this year, any Lakers fan can have hope that contending seasons are on the horizon. The Lakers will return home to battle the Miami Heat on Friday, March 16 at 7:30PM.