There seems to be a recurring theme developing in the late stages of LAFC matches. A team that regularly dominates possession, shots on target, corners and other important statistics of the game has trouble finishing off games.

Last Thursday evening, LAFC hosted their crosstown rivals the LA Galaxy for the first time at Banc of California Stadium. The two team’s previous engagement was their first ever matchup, a game that has become known as “El Tráfico,” a play on the phrase “El Clásico,” which is ascribed to many a fierce soccer rivalries (derbies) around the world (most notably Real Madrid vs. Barcelona in Spain’s La Liga). The inaugural match ended with a stunning come-from-behind 4-3 victory for the Galaxy, in which they scored four unanswered goals against an LAFC that had dominated the match and was up at one point 3-0.

Thursday’s match between the two followed a similar trend, with the rival Galaxy erasing a 2-0 deficit to escape with a 2-2 tie by the game’s end.

It was a beautiful Los Angeles evening. The Banc of California Stadium was teeming with fans from both sides, as a sea of checkered fans filled the stadium to its 20,000-seat capacity. Black for LAFC, white for Galaxy, laden around the entire venue.

The energy in the stadium was palpable, emanating from every corner, with each fan trying to drown out the cheers of the other, vying for control of the mass of eardrums circulating around the perimeter of the Banc. The mania never ceased throughout the duration of the game.

LAFC were on the front foot early on.  In just the seventh minute of play, a cross in the LA Galaxy box managed to evade everyone, and trickle away, having to be chased down by LAFC forward Adama Diomande. Diomande quickly put the ball back into the box where it found the head of the LAFC number 10 Carlos Vela to put the Black and Gold up 1-0.

In the 17th minute, LAFC midfielder Mark-Anthony Kaye was clipped on the ankle by Galaxy midfielder Perry Kitchen. What was thought to be just a rudimentary foul, turned into a nightmare for LAFC fandom as it was later reported that Kaye had suffered an ankle fracture that will leave him sidelined for months. He was replaced by Eduardo Atuesta.

LAFC were, however, rewarded a free kick out of the misfortune. It was a quickly taken free kick, but executed to absolute perfection by Lee Nguyen, who curled it beyond the reach of the Galaxy keeper to make it 2-0 in favor of the home team.

The Black and Gold dominated possession in the midfield nearly the entire first three-fourths of the match, hitting the woodwork several times but were ultimately unable to tally on to their lead and put the game away for good. The inability of LAFC to finish off the game allowed the Galaxy’s confidence to grow. Towards the dying minutes of the match, the momentum began to shift in the Galaxy’s favor.

In the 82nd minute, the Galaxy’s Zlatan Ibrahimovic managed pull away from the LAFC defense and get a cross in the box, finding LA Galaxy winger Romain Alessandrini who slotted it past LAFC keeper Tyler Miller to make it 2-1.

Just a few minutes later in the 83rd minute, the Galaxy almost tied the scoring when a long cross in the box found Zlatan Ibrahimovic, passing it off to LA Galaxy forward Ola Kamara forcing Tyler Miller to make what will probably be the save of the year, to keep LAFC up 2-1.

But the miraculous save by Miller would be all for naught. In a nightmarish LAFC debut, Portuguese youngster André Horta attempted a deep back pass to Tyler Miller that went awry, finding the feet instead of Galaxy forward Ola Kamara, who was able to dance around the LAFC keeper to level the scoring at 2-2.

After the remaining minutes fleeted away and the referee blew his final whistle, the result that stood felt like a win for the Galaxy and a loss for LAFC.

The two will meet again at the end of August at the StubHub Center in Carson in a must win situation for LAFC. The Galaxy currently lead El Tráfico four points to LAFC’s one and sit just a point behind LAFC in third place. 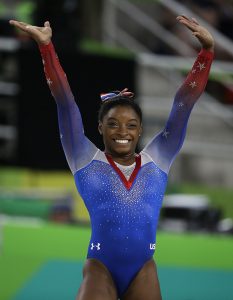 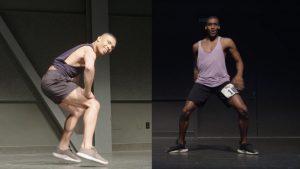 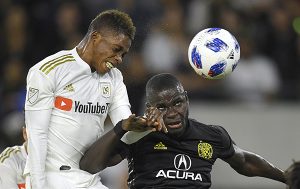 LAFC Fall in New York to the Red Bulls 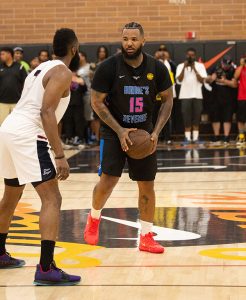 Drew League Playoffs: The Year of the Underdog 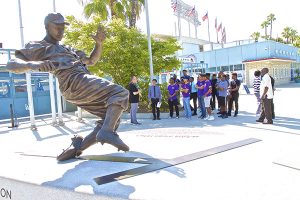 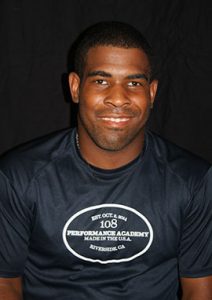