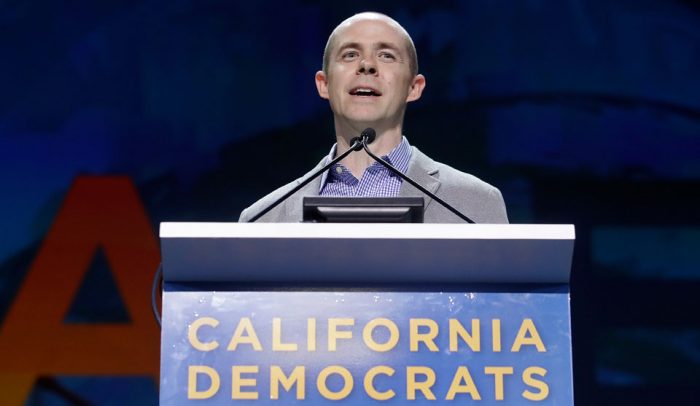 Labor union leader Rusty Hicks said he is “humbled” by the outcome of the June 1 election that propelled him to the front of a group of seven candidates, and making him the new California Democratic Party Chair.

“Everyone, including me, thought that with seven candidates running for Party Chair, that the race would result in a runoff,” Hicks said via a post-election statement.

“I applaud the other six candidates. I got to hear them and know them as we all campaigned over the last four months. I believe that the positive nature of our respective campaigns has been and will prove to be a positive step to a bigger, better, stronger Democratic Party. Let’s get to work.”

Hicks has been the leader of Los Angeles County’s Federation of Labor since 2014 and before that, worked on former President Barack Obama’s campaign. As a grassroots organizer, and L.A. Fed president, Hicks is also part of the Anti-Recidivism Coalition, an organization focused on helping the formerly incarcerated find employment. He is also in alignment with Democratic Party presidential candidate, Senator Kamala Harris’ “Medicare for All” platform.

Said fellow Democrat, Assemblyman Mike Gipson to Hicks’ victory crowd, “It’s going to take someone like a Rusty Hicks to kick Donald Trump’s ass. This man is going to be the glue that cements the Democrats together.”

“We do the real work,” Hicks said during his campaign close out speech.

“We register our neighbors to vote … and to get them to the polls. We make the phone calls. We knock on the doors. We send the texts, the emails, and the handwritten notes. During my time in the Los Angeles Labor Movement, I organized that work to elect hundreds of Democrats to public office. Many of you did just as much.  And some of you did it in tougher, redder parts of the State. 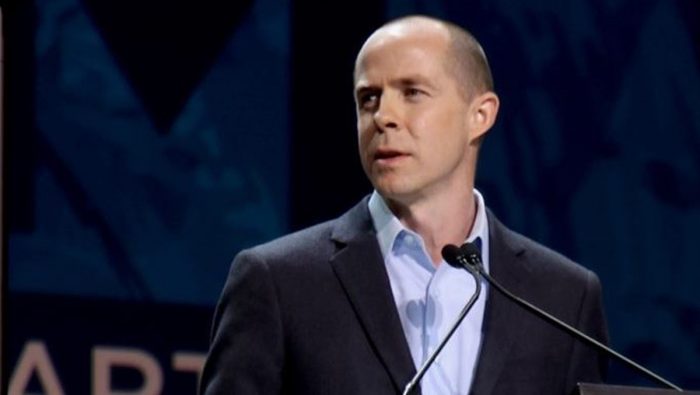 “We did it to make a difference in the public policies enacted into law … in our towns, our counties, our state, and our country. And in 2018, California showed the nation what winning looks like … like 7 Blue Wave Members of Congress and we took the house! So, when those we helped to elect … uphold a women’s right to choose, protect immigrants and refugees, fight for gender pay equity, and advance the fight against climate change … we should feel proud …take some credit…and hold those who made us promises accountable when they don’t keep their word.”

Hicks said he led his campaign by getting things done. Those things included, he said, forming a zero tolerance task force against sexual misconduct in the party, doubling the number of women leaders in the Labor Movement and quintupling the number of youth leaders, being involved in the proliferation of affordable housing and raising the minimum wage and raising money to register voters to get rid of “[President Donald] Trump’s number one enabler, Kevin McCarthy and his sidekick, Devin Nunes.”

“But, as proud as I am of our campaign, our Party is not a top-down organization. We are bottom-up … only as strong as our grassroots leaders, activists, and organizations,” he said.

“You – the Delegates – are the leaders … the stewards…of our Party. Through your work and with your passion … you engage and empower more than 9 million Democrats to improve the lives of nearly 40 million Californians.

“Today, our work is more important than ever before … a fight that unifies us all … removing Donald Trump in the White House in 2020.”

“I’ve worked side-by-side with Rusty for years,” said Jamarah Hayner, co-chair of GLAAACC and spokesperson for RH campaign. “Now, more than ever, we as Democrats need a leader with track record of winning major, tangible economic wins for people of color and our families.”

Rusty is a lieutenant in the U.S. Navy Reserve and a graduate of Austin College and Loyola Law School. Rusty lives in Pasadena with his wife, Sandra Sanchez, and their dog Charlie.