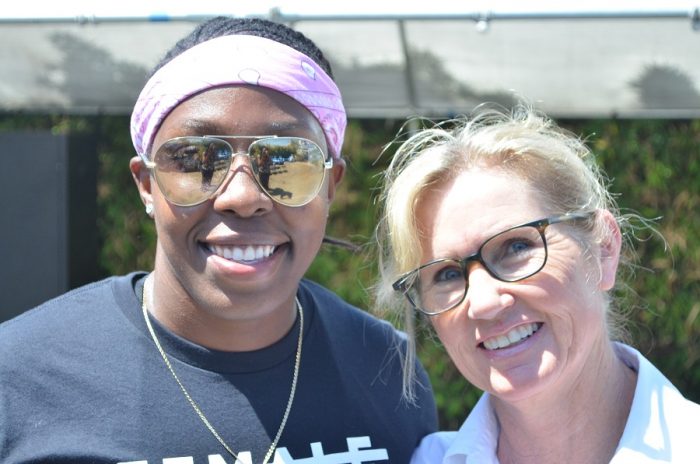 Gray received donations from Adidas, Sparks fans, Nike, teammates, and other sources. A wide variety of sizes were offered at the drive from shoes for toddlers up to adults.

“After each season, you see a bunch of shoes that just go unused,” the 2016 WNBA champion said. “There’s people out here who need shoes rather than just food and clothes.” 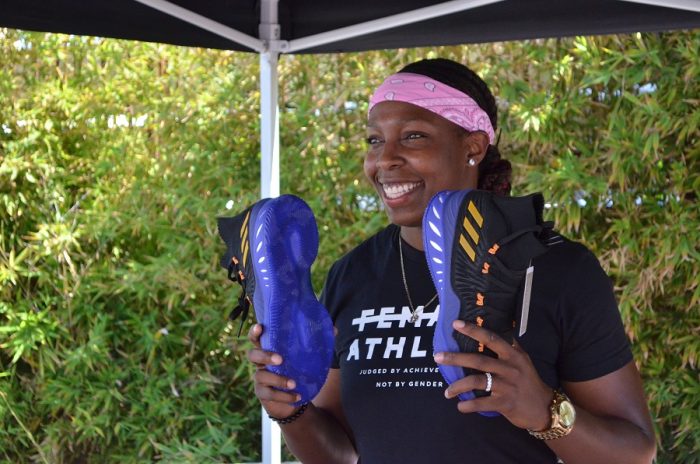 Gray averaged 14.9 points and 5.1 assists per game during the 2018 season (Amanda Scurlock/L.A. Sentinel)

Gray passed out shoes and helped participants through the process of finding a pair that fit. Demonte Tobin, 22, received a pair of gray and yellow Nike Airs.

“It was a little difficult at first, but we ended up finding a good pair of shoes,” Tobin said. “It means a lot to have somebody like her to come and support.”

Safe Place for Youth is an organization dedicated to aiding young adults who live with homelessness. The facility provides health services and ways for youth to find housing and employment. 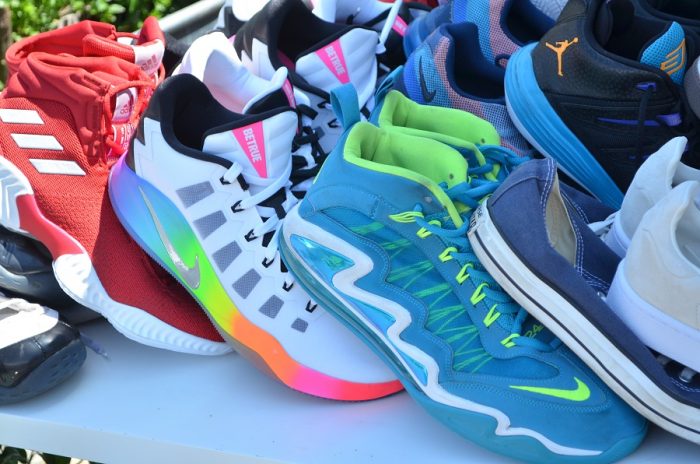 In its nascent stages, SPY operated two afternoons a week out of a church. Since then, it has evolved to a campus where youth can get access to academic services, get clothes, mentorship and counsel.

“[Gray] was looking for a place to donate clothing and found us online,” said SPY president Barbara St. Thomas. “Her donation that day lit up the clothing closet. Everything that she brought in I think went immediately.”

Gray is one of the board of directors for Safe Place for Youth and invited members of their organization to attend a Sparks game this season. Participants of the shoe drive have since formed bonds with Gray. Relly Brown, 25, considered what Gray was doing a blessing.

“I love miss Chelsea, I’ve been to one of her games … and we got a chance to meet her and she was amazing,” Brown said. “She took the time to talk to us.”

Sparks Director of corporate partnership Cay Young noted how Gray’s philanthropy aligns with the purpose of the franchise.

“It’s about how we make an impact, how we make a difference,” Young said. “[Gray] really had a vision for what she wanted to do and we really just stood behind her.”