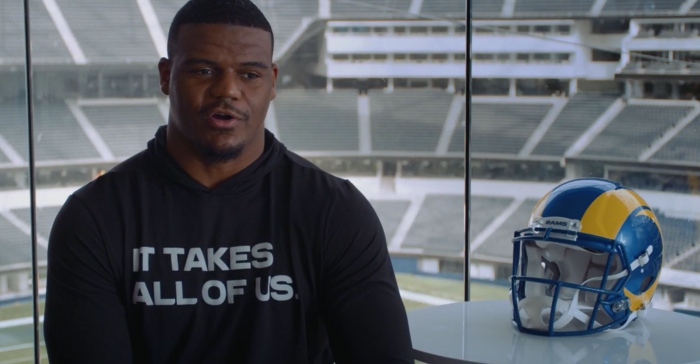 Throughout the month of February, the Los Angeles Rams are hosting several initiatives to celebrate Black History Month. The franchise created a documentary to spotlight the leadership and activism of linebacker Micah Kiser.

In August 2017, an Alt-Right riot took place in Charlottesville, Virginia leading to one death and 19 people getting injured. The Rams linebacker was attending the University of Virginia at the time.

In the wake of those events, Kiser spearheaded an act of unity with his entire team. The documentary was created by Los Angeles native videographer Mike Wilds through his production company Basic Films LA.

In the documentary, Kiser talked about the meaning of Black History Month, the origins of his leadership skills, and how he used the lessons he learned in football to build bonds with people of other races.

“When you’re running wind sprints at 6:30 in the morning, you don’t care about where that guy came from, how his family is different than yours,” Kiser said. “All you care about is we’re in this together, if we don’t get this, then we got to do it again.”

Wilds related to Kiser’s story of leadership, it reminded him of the years he played basketball. Wilds played basketball for Hamilton and Dorsey High Schools, which led him to play for Louisiana Tech and overseas in three different continents.

“He’s someone who steps up to the plate,” Wilds said about Kiser. “It’s more of the leadership role that made me feel like this is a really amazing story.”

The beginning of the documentary features spoken word artist Michael “Halla” Williams who wrote an original piece that integrated football into the subject of racial inequality.

“He just touched on basically everything we’re going through on an athlete perspective, on a Black man perspective and anybody’s perspective at the end of the day,” Wilds said.

It took four hours to film the entire documentary, according to Wilds. He and his crew had to get creative when filming at SoFi Stadium with COVID-19 protocols. For Williams spoken word piece, Wilds used two different cameras. This allowed the viewers to see the vastness of the stadium by making the tiers of seats and football field the backdrop.

“The two cameras was a thing that I thought that would be dope,” Wilds said. “You can tell when he says phrases that he looks up, and he looks down on the camera.”

Wilds and Basic Films LA were involved with this project via the recommendation of Watts-based rapper Stix. To show his gratitude for the opportunity, Wilds featured one of Stix’s songs in the documentary. Williams also worked with Wilds in the past, Wilds desires to help people that have supported him.

“He blessed me with this huge opportunity to do this,” Wilds said. “With Halla we’ve shot a pilot “Trap Man” … I like to give those types of opportunities to those who give me opportunities.”

Wilds has always been fascinated with cameras and was given opportunities to do camera work for commercials, this led him to work as a production assistant for NBC, he would ultimately become a camera operator. In 2019, Wilds created Basic Films LA.

To watch the documentary, visit https://www.therams.com/community/black-history-month 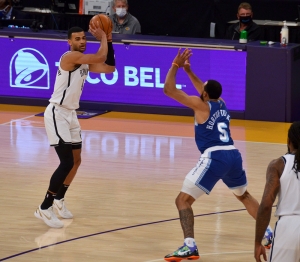 Nets Lived By the Three to Defeat the Lakers 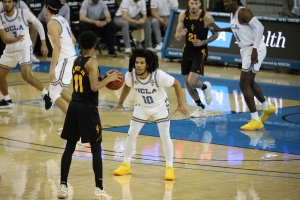 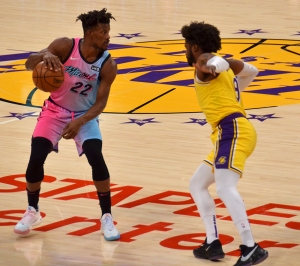 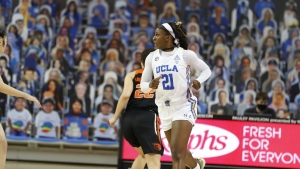 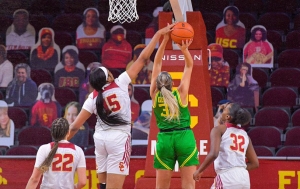 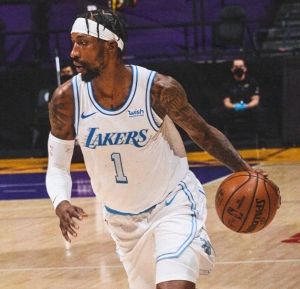