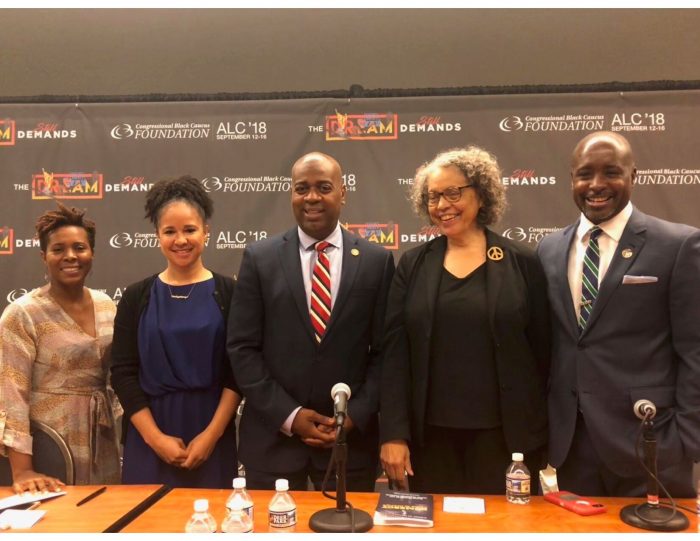 “The Black population in Los Angeles continues to decline and as we studied the issue we realized rapid displacement was happening in every big city across the country,” said Councilmember Harris-Dawson. “I wanted to convene this discussion because this is a national crisis and we need a national discussion to identify concrete solutions.”

“It is inspiring to see the leadership on the panel committed to finding solutions,” said Congressmember Karen Bass. “We need to build more coalitions of government, community and academics to address this critical community issue.”

Mayor Ras Baraka shared initiatives he has launched in the City of Newark, New Jersey including, Newark 2020 which leverages new economic investments to cut unemployment rates in Newark in half by the year 2020.

“We believe long-time residents should be able to take part in any economic growth that takes place in the city,” said Mayor Baraka. “Newark 2020 is based on the idea that as these corporations grow in our city, they should hire Newark residents and invest in Newark businesses. We have a community development plan that aims to redistribute investment dollars across the city, including areas that are in desperate need of economic development.” 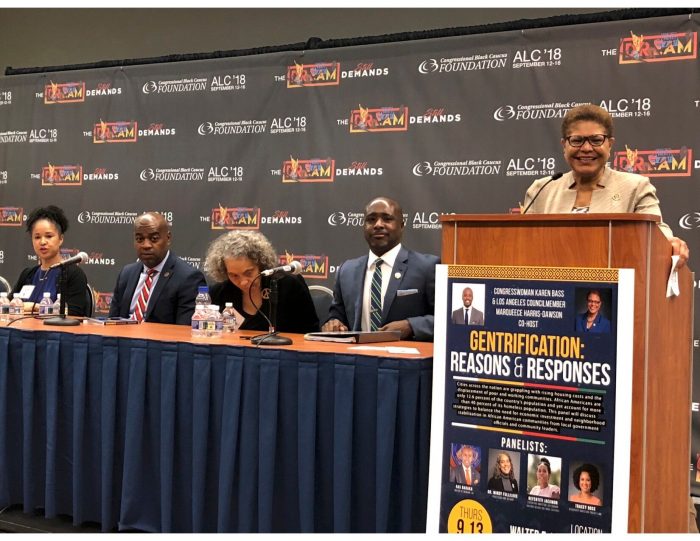 Dr. Mindy Fulillove, author of “Root Shock: How Tearing Up City Neighborhoods Hurts America and What We Can Do About It” offered a historical analysis of gentrification.

“Gentrification is not a problem of neighborhoods, rather we have to understand we are in a national housing crisis and it can only be averted by assertive action by federal, state and local levels of government”, said Dr. Fulillove.

Ross emphasized, “there isn’t one magic bullet, but there also hasn’t been enough investment in these strategies over a long period of time to see the real impact.” She went on to say, “It is critical we create tables for diverse stakeholders to develop equitable development models that reflect what communities want in the areas where development is needed the most.”

The panel also included Nefertiti Jackmon the Vice Chair of the Austin Anti-Displacement Task Force and the Executive Director of the nonprofit Six Square, which preserves and celebrates the historic legacy of the African-American community in Central East Austin. “Community organizing is critical to preserving and protecting our communities,” said Jackmon. 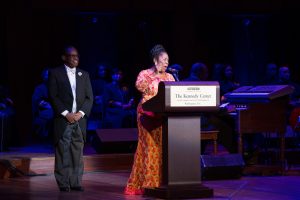