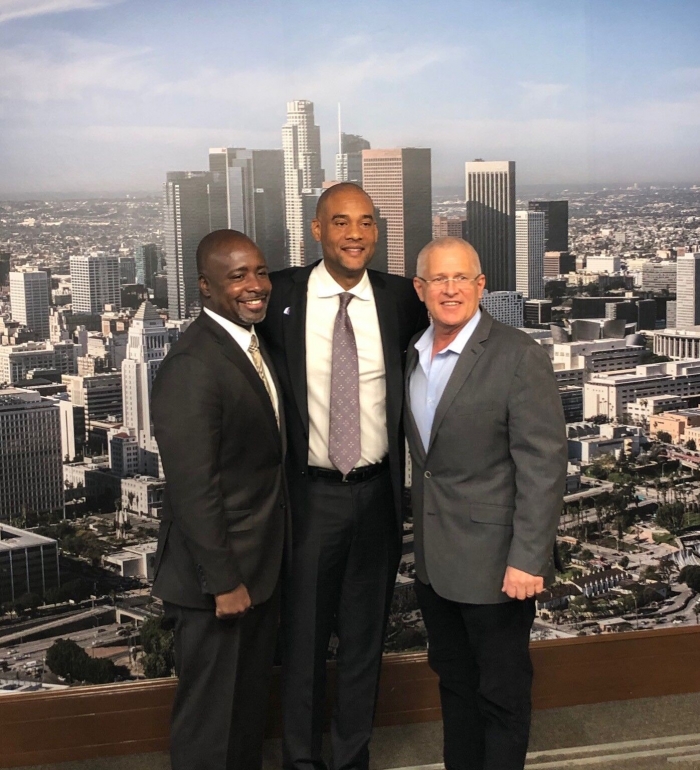 The Los Angeles City Council unanimously approved the appointment of Karim Webb to the Los Angeles Board of Airport Commissioners (BOAC). The seven-member board governs Los Angeles World Airports (LAWA). It is comprised of public-spirited business and civic leaders who are appointed by the Mayor and approved by the City Council.

“The Los Angeles Board of Airport Commissioners has the duty to govern LAWA and formulate policy for our airports, one of which is in the midst of the largest infrastructure investment in the history of the City and the other of which is one of the busiest general aviation airports in the country,” said Sean Burton, president, BOAC. “Commissioner Webb will bring new ideas and perspective to BOAC and I look forward to working with him in the years to come.”

“The deep experience that Commissioner Webb brings as an entrepreneurial activist and civic leader will benefit LAWA and our airports,” said Deborah Flint, CEO, LAWA. “We know Commissioner Webb will provide valuable leadership as we continue to modernize and reimagine LAX and Van Nuys Airport in a way that benefits and includes our local communities.”

Commissioner Webb is the Chief Executive Officer of 4thMVMT, a Los Angeles-based firm that seeks, vets, trains, finances and partners with individuals from communities most impacted by the application of criminal justice, helping them to own and operate competitive retail businesses. His entrepreneurial experience and history of engagement with “opportunity youth” in Los Angeles has led him to philanthropic work promoting leadership development and ownership as a gateway to a fulfilled life. 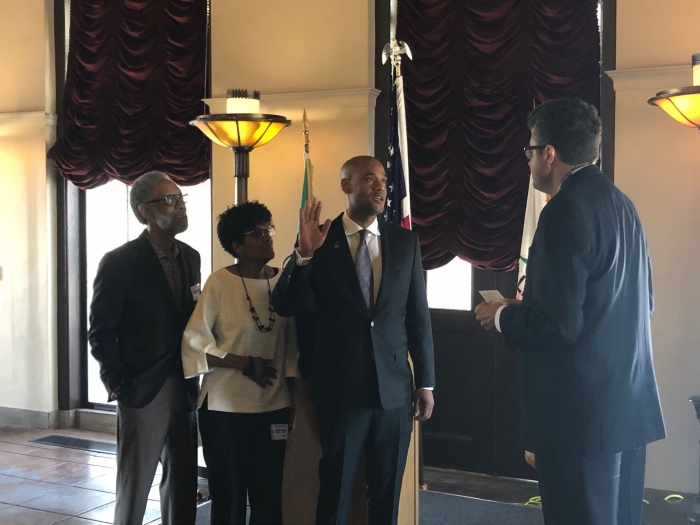 Karim Webb is joined by his family to be sworn in by City Clerk Legislative Assistant John White as the newest member of the Los Angeles Board of Airport Commissioners (BOAC) on Friday. (Courtesy photo)

Commissioner Webb is also co-owner and operations partner of PCF Restaurant Management, a multi-unit franchisee of Buffalo Wild Wings. He also serves as an advisor to the Multicultural Foodservice & Hospitality Alliance (MFHA) and holds a number of board positions, including the California Community Foundation, Everytable, the Living Through Giving Foundation: Hashtag Lunchbag and the Brotherhood Crusade as a Corporate Board member. He was also voted as the Vice-Chair/Board of Directors for the Greater Los Angeles African American Chamber of Commerce. Commissioner Webb attended Morehouse College in Atlanta.

In addition to BOAC President Sean Burton and Commissioner Webb, the other five members are: Valeria C. Velasco (Commission Vice President), Gabriel L. Eshaghian, Beatrice C. Hsu, Cynthia A. Telles and Nicholas P. Roxborough. The regular meetings of the Board of Airport Commissioners are scheduled on the first and third Thursdays of each month at 10 a.m. at the Samuel Greenberg Board Room 107 in the Clifton A. Moore Administration Building at Los Angeles International Airport, 1 World Way, Los Angeles, CA 90045. Meetings with change in day, time or location may be designated as special meetings.