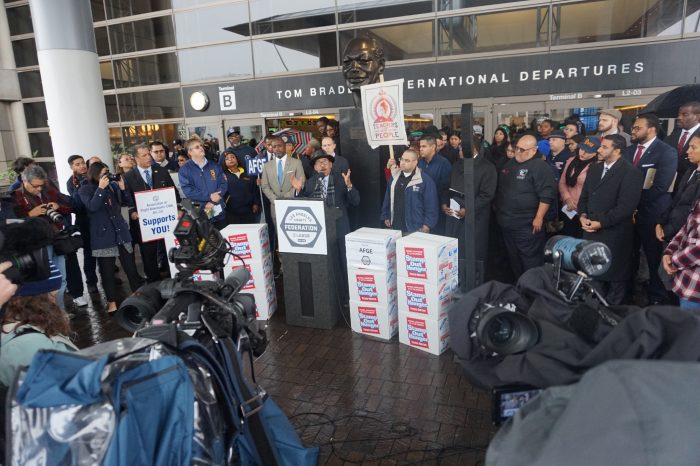 President Trump’s immigration policy, which includes a wall on the border of Mexico, is creating a barrier between federal workers and their paychecks due to the government shutdown.

City Council president Herb Wesson, councilman Marqueece Harris-Dawson and supervisor Mark Ridley-Thomas addressed the government shutdown and the negative effects it’s having on federal workers not just in Los Angeles but the nation.

“This is not a game,” said Harris-Dawson.

“Here in the city of Los Angeles, this shutdown has a real impact. I am very grateful to the workers at AFGE who called together this convening but it goes much further than LAX. We have TSA workers here, we have literally, tens-of-thousands people living in the city of Los Angeles right now that are depending on the federal government to do their jobs so that they can make rent within the next month and the month after that.

“This is not a game and Los Angeles’ is not ready to play with you.”

“I think what I’d like to do first is to apologize to the over 800,000 government workers that find themselves in the middle of this madness,” said Wesson.

“I think that this setting, where we are today, is a perfect setting because individuals are coming in-and-out of this airport. The people that are keeping them safe are not making money and being paid but they are the ones that are making sure when you get on these flights, that you and your children, are going to be able to arrive safely. 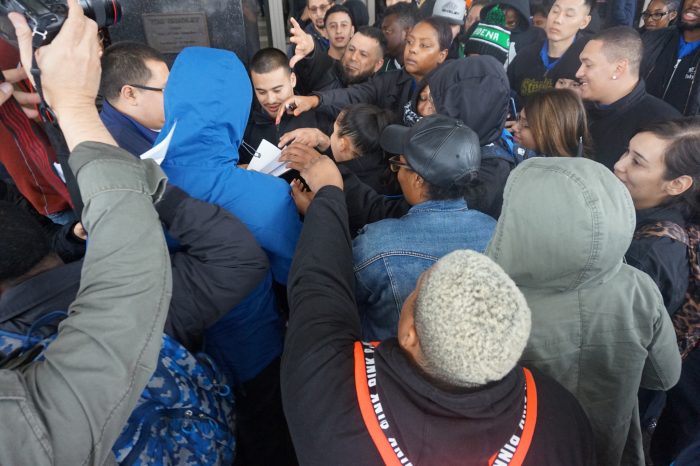 TSA agents sign up for gift cards and food to help them and their families during the shutdown (Photo By Brian W. Carter)

In December 2018, Trump threatened a government shut down if Democrats didn’t include $5 billion to build the wall. Democrats said it would be ineffective and offered $1.3 billion to continue border-security funding. The president pointed out that $5.7 billion was needed for the wall. On January 4, 2019, President Trump announced he would continue the shutdown until Congress included $5.7 billion for the wall. As of January 12, it is the longest shutdown in U.S. history. Up to 800,000 federal workers are missing paychecks with some reports stating many have refused to go to work.

“The message is clear—Mr. President, do not starve the working men and women in this country, they want to work, it is a matter of public safety and human dignity.

“It is beneath the office of the Presidency to starve working men and women, who simply want to make us safe as we travel to and fro on the airways. It is irresponsible on any standard of measure that we would be in this precarious set of circumstances.

“We need to have a personnel change in 2020 in this nation and it starts right now.”

TSA officers are members of the AFGE of which Kendrick Roberson is a representative. He shared information on bills in Congress that could help government workers during the shutdown but questions why it seems no action has been taken on the President’s part.

“Congress, both the House and the Senate, have passed bills, bi-partisan bills, to open up this government, yet the bills sit at the President’s desk—not getting signed,” said Roberson.

“They even have passed bills that will allow [workers] to get back pay once the funding comes, yet still, that bill sits on the President’s desk and we really demand to know why.”

As of press time, Congress looks to vote to reopen the government this week. Unless both sides come to a mutually, satisfactory outcome, the shutdown could continue. L.A.’s city council have made it clear that the shutdown needs to end before it adds to an already looming issue in the city of Los Angeles. 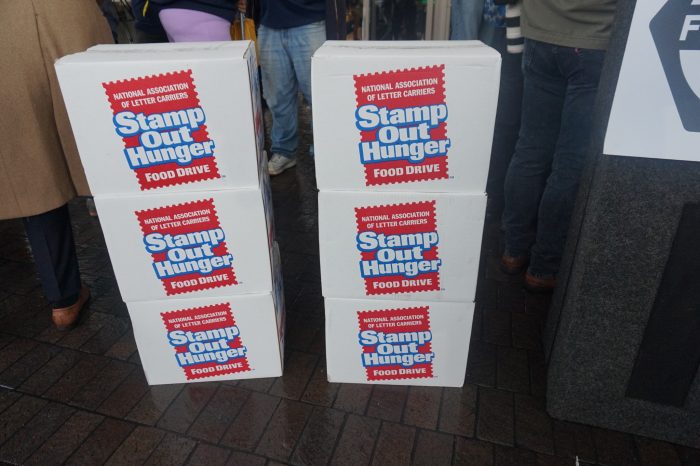 “The last thing we need is for [President] Donald Trump to create new homeless, working people to put on the streets of Los Angeles because they can’t make rent… and the programs that they depend on for sustenance are not being funded.”

“Congress, work this out,” said Wesson. “Let our very proud workers continue to do the job that they do so well.

“We support you 300 percent and we are willing to do anything that we can as your local government to try and bring this foolishness—foolishness Mr. President, to an end.”

“Not everybody has a support system that allows them to come back from not having pay checks,” said Roberson. “You have 420,000 people who have been working every day, yet they have not received a pay check.

“To put it in perspective, the President has stopped paying the people manning the border because he wants a border wall.

“That makes absolutely no sense.”

TSA workers gathered after the press conference to fill out forms for gift cards and food to help them and their families throughout the shutdown.

It can all be summed up in one simple statement made by a member of the AFGE: