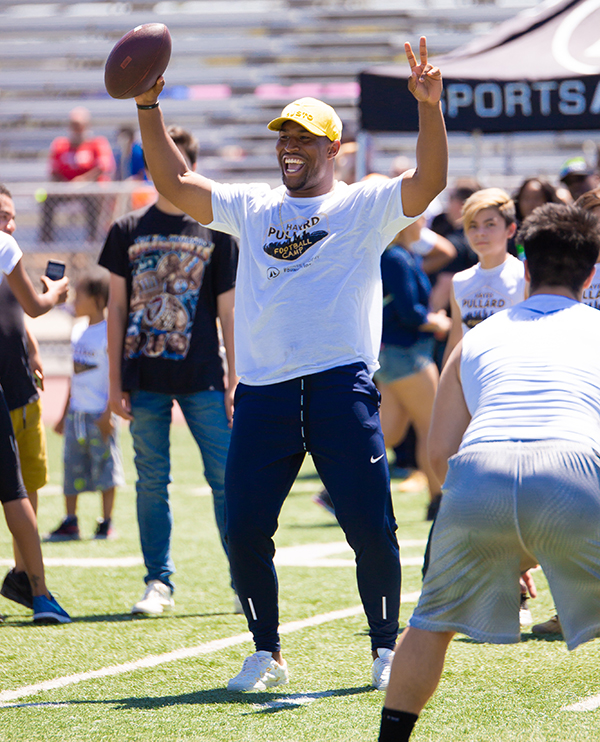 Hayes Pullard III, linebacker for the Los Angeles Chargers, hosted his 4th annual youth football camp at the Jackie Robinson Stadium at Dorsey High School in his hometown of Los Angeles on Saturday, July 14, 2018.  The yearly no-cost summer football camp is a vehicle for his vision of inspiring youth from the community where he was raised that began as a tribute to honor the legacy of his late father, Hayes Pullard Jr., who passed away in October 2008.

Pullard referenced fond memories of gazing into bleachers before every football game whether it was Jackie Robinson stadium, Crenshaw High School or another athletic field, to see his father staring back at him. It was all the motivation Pullard needed to have a productive game.

“Definitely a sensitive topic,” Pullard uttered, his voice filled with emotion. “Waking up this morning going to the camp looking up into the stands where my dad used to sit and then looking down and seeing 500 kids that’s a pop to me, that’s a run, a big hit, tackle for loss (TFL).”

The support of his family and peers, hard work and the platform of becoming a NFL player has transformed a childhood dream into reality for Pullard.

“People are like, ‘Hayes it’s just a camp,’ and I’m like it’s more than that,” stated Pullard. “It’s getting connected to these kids. It’s easy to meet a kid, talk to him and he forgets about you, but for you to impact them within the four hours that you meet them is pretty powerful, so I love that feeling.”

A large part of the training squad at the camp are individuals who Pullard grew up with or played against and with as a youngster, in high school at Crenshaw and/or college at USC. The sense of brotherhood and the bond that unites these individuals was palpable. 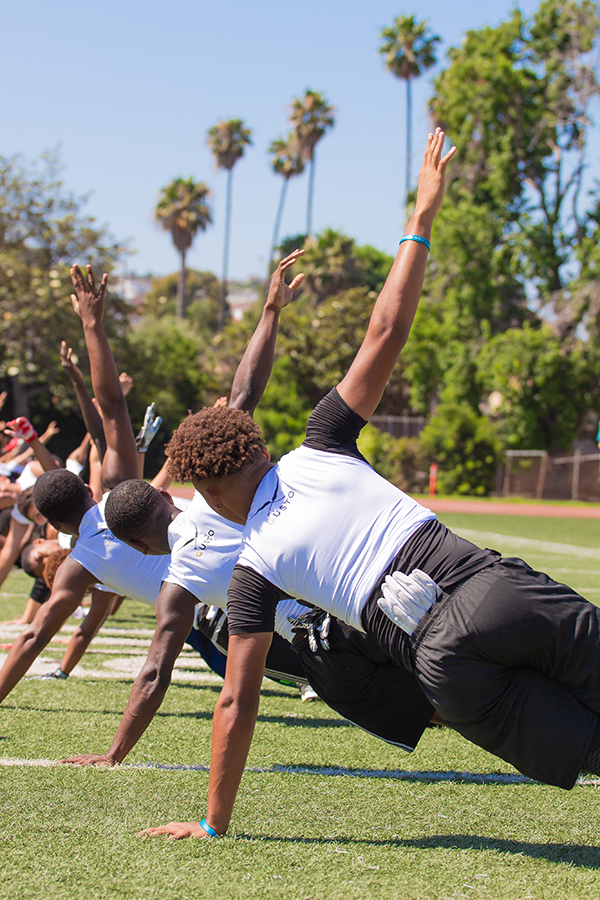 “I remember coming to see Hayes play in the Crenshaw vs. Dorsey game, I think it was the night maybe the night after his father passed away,” former USC football player DJ Morgan said. Morgan and Pullard competed against each other in high school then went on to play on the same team at USC. “He balled and they won [that game], so going from Crenshaw to here just brings back memories.”

“It’s low-key a dream come true,” said 18-year-old Jordan Richardson, a senior at View Park High School on learning from NFL players. “It inspires me to push more. It’s an honor to see pros out here. It means a lot. It shows the community that people that made it cares about the community because these kids could be out somewhere else.”

The camp not only provided an opportunity for kids to interact with professional athletes, but also to see the meaning of true friendship and how brotherhood can contribute to the realization of life goals. 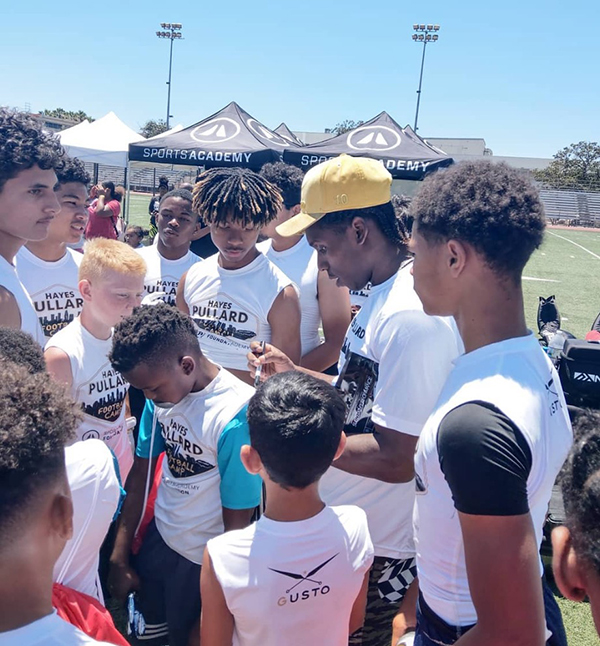 “We all used to compete against each other, look each other’s stats up and to all be here and friends still, and it be genuine is really cool,” Morgan observed.

“I moved out here to L.A. understanding that [Hayes] went to Crenshaw and was dominant,” commented fellow former USC Trojan, Adoree Jackson. “It’s like full circle, a brotherhood that we have in a sense, a family bond.”

At this year’s camp, Pullard heavily emphasized the importance of taking care of one’s body from a young age. He introduced Sports Academy, an all-inclusive sports and fitness facility in Thousand Oaks, California, which is dedicated to creating full-circle athletes of all ages and skill levels.  Sports Academy provided state of the art rehabilitation therapy demos for camp attendees.

Campers were trained by the top trainers in Los Angeles who were sponsored by the L.A. Lakers Youth Foundation. The Lakers were among several were but one of the sponsors that included Westside Shoe Source, the NFL Players Association, and the L.A. Chargers.

Pullard began his annual camp before even taking his first snap in the NFL during his rookie year. What began as a tribute to his late father has turned into a source of motivation for the next generation of children.

“The first play everyone knew I was going to pop one just for him,” he said smiling. These days, Pullard is providing that sense of inspiration to the next generation. “I want to leave my legacy on this field.”