One of the single most trusted broadcasting sources for Los Angeles radio listeners, predominately in the African American community, the independently owned and operated KJLH, is celebrating 50 years of success. The radio station has been independently owned and operated since 1965. The initial call letters were KFOX-FM before musical genius and philanthropist Stevie Wonder acquired the 102.3 station from John Lamar Hill in 1979.

A proven station dedicated to generational audiences, KJLH prides itself in being actively engaged in community service and standing unapologetically as a vanguard for the people and frontline voice for social change, artistry and soulful music lovers. Over the years, this iconic community radio station, continues to consciously compete with mainstream competitors to be a top rated contender in the distribution of urban media in the broadcasting marketplace.

To be number one, “Developing talent and creating accessibility at KJLH is essential. Economic wealth begins with entrepreneurship and ownership,” said Karen Slade, vice president and general manager for KJLH. “If a small business sustains itself and grows it has to be cross generational. Prayerfully, it won’t end with the first generation if you want to be a successful business. As an owner you are a caretaker for that business beyond yourself. This process begins with your hire that mirrors your energy, vision and you have to help them fine tune their strengths to compliment your organization. I serve at the pleasure of the President. Well, I serve at the pleasure of the owner, Stevie Wonder. Working for Steve is like working for family. I love him. I respect and admire him. He is a good man and a fabulous entertainer. He is not always easy to work for because he is such a generous human being, so open and philanthropic and my training is dollars and cents. Ultimately, I serve at the pleasure of the president (warm laughter) so I work to implement his desires so we can make dollars, sense and cents.” 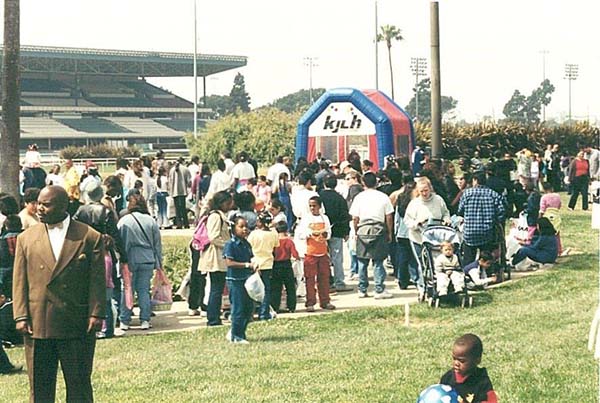 Maintaining a radio free station like KJLH requires tight engaging programing. Slade, who transitioned from a hard corporate sales world 26 years ago to an entrepreneurial consumer based advertising industry noted that while the core of the business already existed before she was hired, she implemented infrastructure, process and procedures responsible for helping the company follow its natural, and successful, path.

Slade credits prior News Director, Carl Nelson and Public Affairs Director, Jackie Stephens who helped her tune-in on how to listen to the audience and give them what they needed through talk shows like L.A. Speaks Out and Front Page, now hosted by Dominique DiPrima. These segments are paramount to emerging success models and changes to transform the stations growth. Working seamlessly to keep KJLH significant for the listeners and clients, Slade makes it clear that “I work with a dedicated team. When we come together we make a difference,” Slade said. “That is why radio as a medium will always be significant because it’s real time, actual, flexible, accessible and free.”

In efforts to getting the word out as a medium of listener engagement, Aundre Russell, Program Director and On-Air Personality for the gospel show, Spread the Word focuses on running every aspect of show programming, music selections, what the DJs say on the air, advertising spots and reviewing the news.

“The biggest change is social media. If it is a rally, march or health fair going on we are here to get the word out. Most stations don’t do public service anymore but we feel that it is our obligation. Moving forward we have to change with the times push listeners to engage in different aspects of social media.” 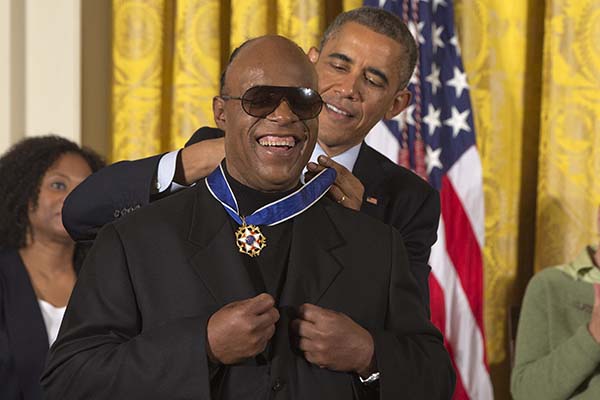 Musician Stevie Wonder celebrates as President Barack Obama awards him the Presidential Medal of Freedom, Monday, Nov. 24, 2014, during a ceremony in the East Room of the White House in Washington. President Obama is presenting the nation’s highest civilian honor to 19 artists, activists, public servants and others. (AP Photo/Jacquelyn Martin)

In the past, KJLH has dealt with heated actions and significant moments in American history where the station played an instrumental role in altering the actions of the community. One major incident was the 1992 Los Angeles Riots. The world can recall when four LAPD officers were acquitted for the beating of Rodney King. Shortly after the verdict, South Central was literally on fire.

During that time, KJLH discontinued playing music and went full force with airing talk radio to inform the listeners, local businesses and extended media outlets camped out for days in front of the station about civil unrest. Additionally, with the help of faith-based organizations and The Los Angeles Sentinel, KJLH supported a communal life line to victims in New Orleans and Mississippi during Hurricane Katrina by sending truckloads of supplies and financial aid. 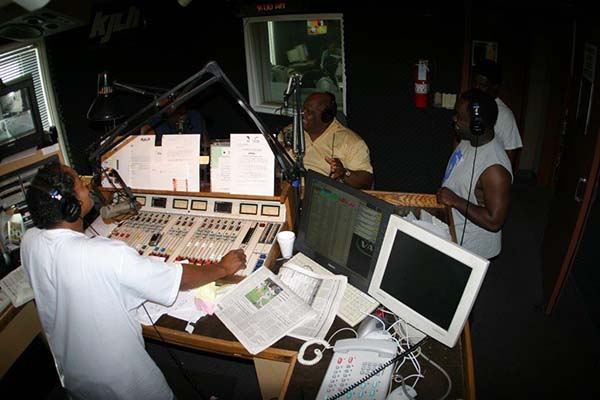 On the entertainment front, KJLH is dedicated to playing what music listeners want to hear and has consistently included the star power of the entertainment industry to help galvanize people around humanitarian causes and celebrations in various degrees. Be it the establishment of solidifying efforts to make MLK Day a national holiday, the release of our beloved Nelson Mandela in South Africa or their partnership with Bakewell Media at the annual Taste of Soul festival, the station’s footprint is everywhere.

When you have been doing something like KJLH has been doing for 50 years you must stay in touch with listeners as they get older and the new generation by staying in touch without assumptions. Former Marine Corp Veteran, entrepreneur and KJLH Marketing Director, Gregory ‘Greg’ Johnson says, “Being at KJLH for 18 years is a priceless opportunity. I am the “Get it Done Man”. I made a conscious decision to stick around because it is a ministry of social justice and social gospel to our community to uplift the people.” Raised during the civil rights movement, Johnson’s mother raised him to go get his education and bring it back home to share it with the community. It is a tremendous privilege and incredible to represent Stevie Wonder and an awesome time of reflection. In this crazy business, it’s very volatile and we are still standing here. It is a blessing of the Lord and the Almighty has his hands on Stevie Wonder, the community and this station. That is why we are still here standing strong.”

During a time where corporate media is dominating the airwaves, doing away with live announcers and eliminating jobs, Aundre Russel reminds us that the future of KJLH is strong, streaming live 24 hours a day, 7 days a week with someone always at the station to open up the airwaves for the people. 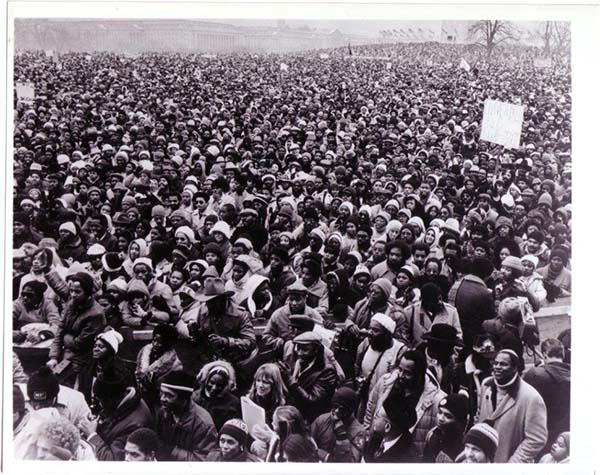 The credibility of KJLH has amassed local and international recognition in the world of Black Press, as well. It is not always easy to withstand change, however, the inner vision of Stevie Wonder’s entrepreneurship continues to see the light of day.

As we look forward at another 50 years, Karen Slade empowers the KJLH Family to, “remain true in the midst of rapid change to our community. Reminding us all that human nature is constant. I hope to see KJLH moving in the same faith and integrity that it took 50 years to garner. Walk with an open hand, an open mind at our core and an open heart. Be open to new ideas, new concepts and ask for help when needed.”

Congratulations KJLH on celebrating 50 years of independent broadcasting and ownership. 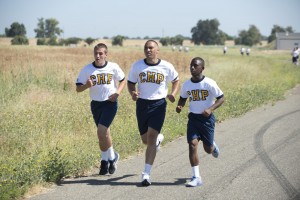