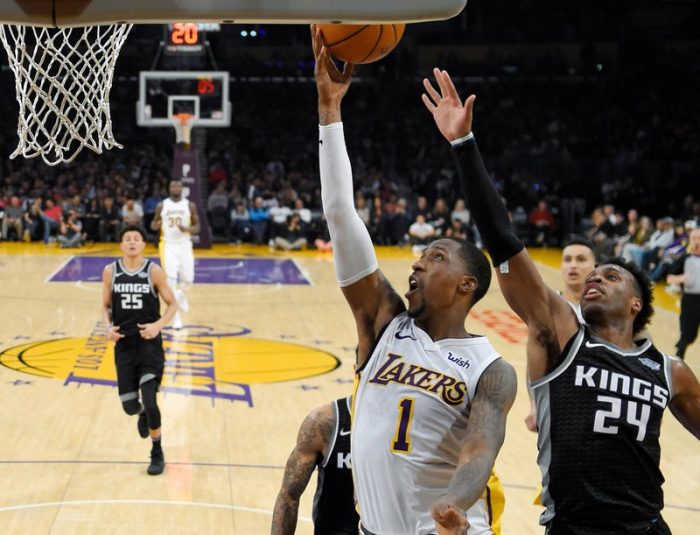 The Sacramento Kings’ fourth quarter performance showed how basketball is a game of seconds and not a game of minutes. A four-point run in the final seconds of the game would give them their 25th win in the season.

“We keep telling the guys, ‘If you leave it up to the end of the game in the NBA, anything can happen,’” said Lakers head coach Luke Walton. “If you have a chance to take the game, then you have to go and take it.”

Forward Brandon Ingram was ruled out of the contest due to concussion protocol. Guard Lonzo Ball did not play because of the left knee contusion he sustained during the Mavericks game on Wednesday.

“Having [Ball], he’s a dynamic point guard. [Ingram] can play a little bit of that point forward role,” said forward Kyle Kuzma. “We miss those guys in that aspect.”

Lakers Two-Way player Alex Caruso got his first start this season. He finished the game with seven points.

“I haven’t started all year, so it was something different, I’m just excited,” Caruso said. “Just really wished we got the win so I could be 1-and-0 in my starter career, but I’m just happy that I got to play the game.”

“As a young guy, it’s probably the most important thing to play defense,” Zubac said. “They always tell me defense is going to get you minutes.”

Guard Buddy Hield came off the bench with speed and a strong shot selection. The Oklahoma native shot 6-of-8 from the field and 2-of-3 from behind the arc, supplying the Kings with 14 points and tying with the Lakers at 43 by halftime.

The Kings could not find stops as the third quarter commenced. Randle and Lopez got into foul trouble, giving forward Channing Frye and Zubac more playing time. The Lakers ended the third quarter ahead 64-60 after eight lead switches.

Frank Mason helped the Kings secure a lead early in the fourth. Randle returned to the court as the Kings continued a strong campaign. Bogdanovic and Cauley-Stein worked to get the Kings a lead as the game neared the end.

Sacramento sent Randle to the free throw line six times. In his final trip to the charity stripe, he tied the game at 80. With seconds left, Hield stole the ball from Caldwell-Pope and run in for a dunk. Caruso lost the ball, resulting in a floater by rookie guard De’Aaron Fox with 11.0 seconds left.  A three-pointer by Lopez did not fix the Kings’ four-point advantage.

“They were aggressive,” Lopez said. “We gave them a chance for longer than we should have.”

The Lakers play their final home game against the Utah Jazz on Tuesday, April 3 at 6:00P.M. 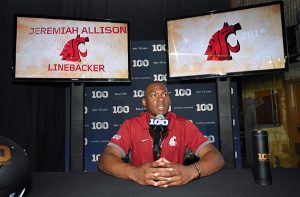 The Amazing Life of Jeremiah Allison