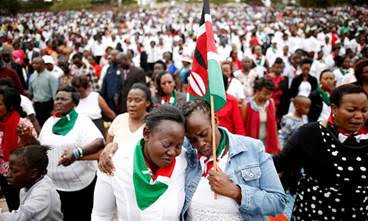 July 31, 2017 (GIN) – The body of senior Kenyan election official Christopher Chege Msando was discovered this week on the outskirts of Nairobi, showing signs of torture, according to police.

Msando, who had a key role developing a new electronic ballot and voter registration system at the Independent Electoral and Boundaries Commission, had been missing for three days.

The corpse of an unidentified woman was also found.

The August 8 poll, which pits the incumbent, Uhuru Kenyatta, 55, against veteran challenger Raila Odinga, 72, has turned out to be unexpectedly close.

Kenyatta, who leads the Jubilee Alliance, is seeking a second and final five-year term.

The apparent murders come nine days before voters in the east African state will choose a new president, lawmakers and local representatives.

Msando was one of a handful of officials who had the electoral commission’s computer system passwords and knew the exact location of the servers to run the election.

His death was confirmed less than an hour before he was scheduled to oversee the test run of the live results transmission system.

The live transmission of results via computer systems is particularly controversial in Kenya, as the opposition has alleged that the rigging of results occurs during electronic transmission. The commission has prohibited all alternative transmission systems, and the authorities threatened to cancel licenses of any media houses that reported results before the commission does.

Commenting on the tightening race, Nic Cheeseman, professor at the University of Birmingham (UK), said: “It is not clear if the gap is actually narrowing, but … there is certainly a perception that the opposition has momentum… They are hitting the government hard on corruption, rising inequality and rising cost of living. They have been connecting all three very well.”

Some analysts question the impact of economic factors, stressing that most Kenyans still vote along ethnic lines.

“Msando’s killing could have huge ramifications for Kenya’s elections given his pivotal role in the preparations,” said Otsieno Namwaya of Human Rights Watch. “The authorities need to investigate and to reassure Kenyans that the government is committed to a free and fair election.” w/pix of prayer rally for missing election official 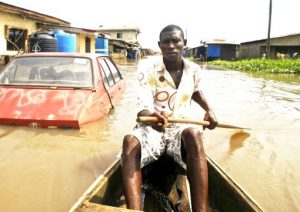 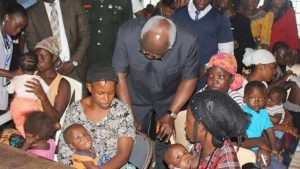