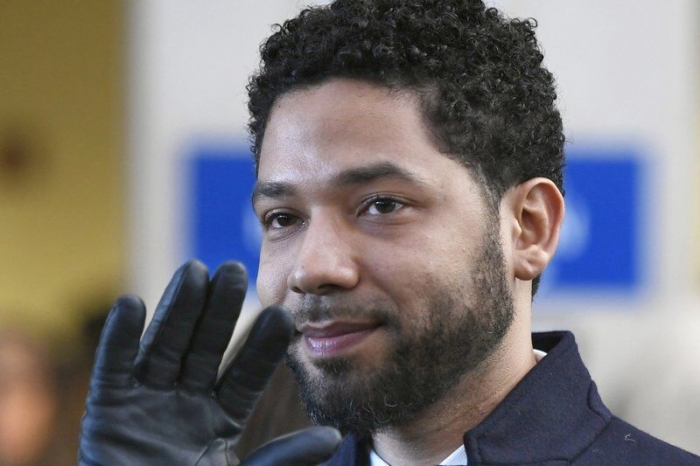 In this March 26, 2019 file photo, former “Empire” actor Jussie Smollett smiles and waves to supporters before leaving Cook County Court after his charges were dropped in Chicago.(AP Photo/Paul Beaty, File)

Former “Empire” actor Jussie Smollett is suing Chicago for malicious prosecution and says the city should not seek payment from him to cover the cost of the investigation into his claim that he was a victim of a racist and homophobic attack because it accepted his $10,000 bail “as payment in full.”

Chicago filed a lawsuit in April seeking reimbursement of more than $130,000 for overtime paid to police officers who were involved in investigating the alleged January attack.

Smollett’s attorneys filed a response Tuesday in federal court. It said the city should not be allowed to recover costs from Smollett because it accepted $10,000 from the actor “as payment in full in connection with the dismissal of the charges against him.”

They also filed a counterclaim, saying Smollett was the victim of a malicious prosecution that caused him humiliation and extreme distress.

Smollett told police that he was beaten Jan. 29 by two men who looped a noose around his neck and threw vile comments at him. Chicago police said the attack was staged, and Smollett was charged with making a false report.

Prosecutors dropped the case in March. Smollett maintained his innocence but agreed to let authorities keep the $10,000 bail.

Chicago’s Law Department issued a statement Wednesday saying the city will continue to pursue its efforts to recover the full cost of its investigation.

“The judge in this case has already ruled in our favor once and we fully expect to be successful in defeating these counterclaims,” Bill McCaffrey, Chicago law department spokesman, said in a statement.