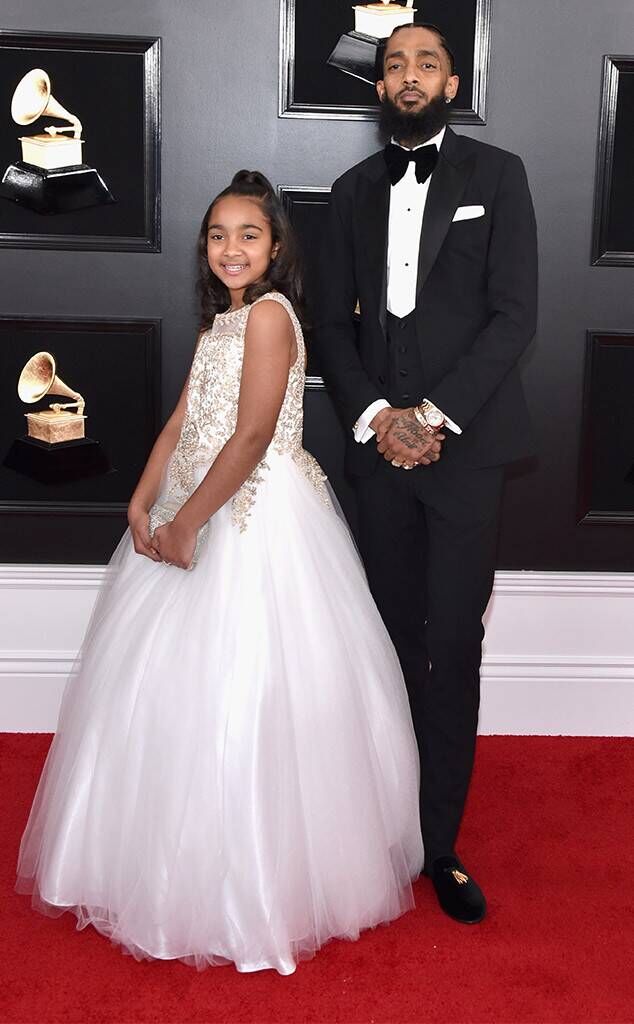 Nipsey Hussle and daughter Emani pose on the red carpet at the Grammy Awards. (John Shearer/Getty Images for The Recording Academy)

A judge denied a bid by three of Nipsey Hussle’s relatives to be named temporary guardians of the slain rapper’s 10- year-old daughter, but he set a trial for October on whether they should be made permanent guardians.

All of the proceedings were conducted in closed session at the request of the Hussle family’s attorneys. Information about the proceedings was provided afterward by lawyer Larry Lewellyn, who represents the late rapper’s girlfriend, Tanisha Foster. She is the mother of the singer’s daughter, Emani.

Unlike after previous court hearings, Foster was upbeat as she left today’s session. Her daughter was not present in court.

Lewellyn and Foster oppose the joint guardianship being sought by Asghedom, his sister, Samantha Smith, and their mother, Angelique Smith. Lewellyn said he was pleased with Cowan’s decision not to appoint the trio as temporary guardians. The hearing on whether they should be named permanent guardians is scheduled Oct. 15.

Lewellyn also said Foster continues to have visits with her daughter, who has been in the care of Samantha Smith since the rapper’s death. He said the visits have gone well.

The 33-year-old Grammy Award-nominated performer and entrepreneur was killed March 31 in a shooting outside his South Los Angeles clothing store.

Eric Ronald Holder Jr., 29, is accused of killing Hussle and injuring two other men. He is charged with one count each of murder and possession of a firearm by a felon, along with two counts of attempted murder.