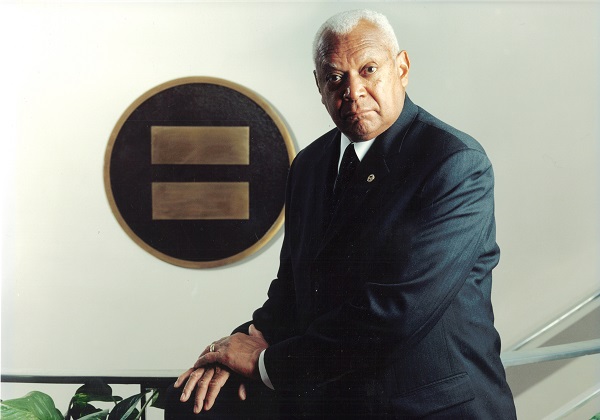 When it comes to John Wesley Mack, the opinion is unanimous.  Civil rights legend, social justice warrior, and groundbreaking public servant are words that illustrated his life and career.

As president of the Los Angeles Urban League, Mack fought tirelessly for economic equity for African Americans and escorted then-President George W. Bush around South L.A. in the aftermath of the 1992 civil unrest.

While serving as president of the Los Angeles Police Commission, he spearheaded a range of LAPD advancements to improve the relationship between the agency and minorities.

In the area of community development, Mack was at the forefront of advocating for renovations of blighted neighborhoods including leading the effort to transform the Crenshaw Boulevard corridor.

His array of unselfish actions on behalf of others came to close with his passing at the age of 81.  Expressing their sentiments, Mack’s family released a statement announcing his death on June 21, “surrounded by loved ones.”

“His distinctive ability to inspire others and build bridges between diverse communities was also shared in his work as co-founder of the L.A. Black Leadership Coalition on Education, vice president of the United Way Corporation of Council Executives, fellow-in-residence at Harvard University and on the Board of Directors of the Weingart Foundation. A lifetime civil rights leader and longtime member of Holman United Methodist Church, his service has been honored by numerous organizations,” the statement read.

The announcement was signed by Mack’s son and daughter-in-law, Anthony and Teresa Mack; his daughters, Deborah Mack and Andria Mack; his grandchildren, Anthony II, Gabriel and Gianna Mack; and his sister, Ruth Gray.  His wife, Harriet Mack, passed away in 2016.

As Los Angeles mourned Mack’s death, many people reflected on his tremendous impact on the city.

“As a civil rights warrior, police commission president, and ally to all who love freedom and fairness, John made history with a fierce determination to pursue justice, an unshakable commitment to equality, and an unbreakable bond with the community he worked tirelessly to uplift every day of his remarkable life,” said L.A. Mayor Eric Garcetti.

L.A. Sentinel Executive Publisher/CEO Danny J. Bakewell, Sr., worked closely with Mack for decades on a variety of issues affecting South Los Angeles.  Recalling Mack’s tenacity, Bakewell said, “John Mack was a true friend.  Not only were we very good friends on a personal level, but we were friends in the struggle for what was right and just in our community.

“During my time as president of the Brotherhood Crusade and his tenure as president of the Urban League, we collaborated to make sure that our people were always represented with passion and a commitment for a better community over personal benefit.  With his passing, our community has lost one of the greatest civil rights leaders and community activists in the history of Los Angeles, if not the country,” declared Bakewell, who also serves chairman of the board of the Los Angeles Brotherhood Crusade.

L.A. County Supervisor Mark Ridley-Thomas, a confidant and collaborator of Mack’s for nearly 40 years, noted, “He burnished a distinguished legacy of public service, fathering not one, but two generations of civic leaders. Ever the idealist and visionary, he refused to let institution racism, police misconduct, interethnic strife and the challenges of metropolitan politics impede his quest for civil rights, justice and progress. His work bettered the lives of so many people in Los Angeles and beyond.”

A native of Kingstree, South Carolina, Mack was born January 6, 1937 to Abram Mack, a Methodist minister and Ruth Juanita Mack, a school teacher.  Delving into civil rights issues as a young man, Mack served as president of the local NAACP chapter as a student at North Carolina Agricultural and Technical State College. He graduated with a Bachelor’s degree in 1958 and later earned a Master’s degree at Clark Atlanta University.

Mack’s expertise was often sought by the political leadership of L.A., as demonstrated by his service on the L.A. Police Commission from 2005 to 2013, and subsequent appointment to the Los Angeles Planning Commission. Last month, Garcetti consulted with Mack when considering the selection of a new LAPD chief and Mack voiced his support for the successful candidate, Michel Moore, due to Moore’s experience with “community policing” and commitment to “eradicating racism and brutality within the LAPD.” 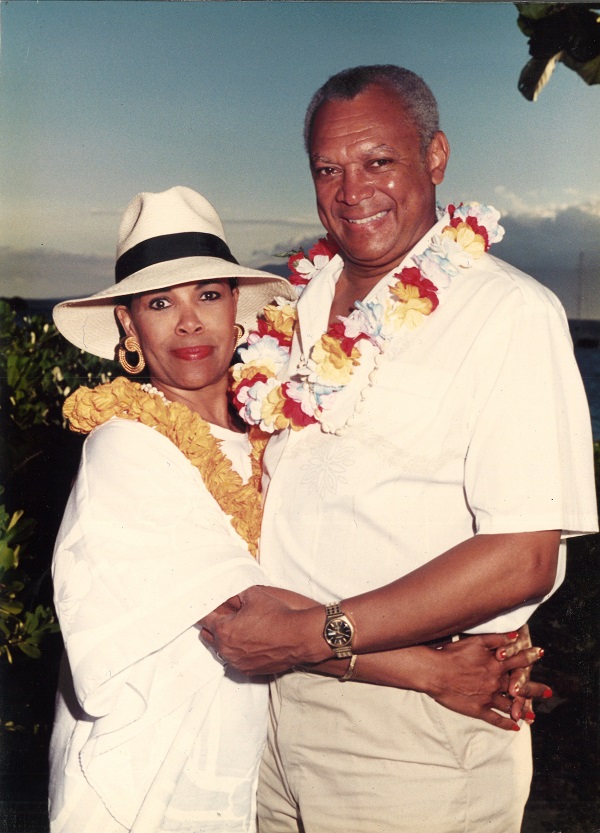 Commenting on Mack’s legacy, U.S. Congresswoman Karen Bass said, “There was perhaps no bigger leader in the fight for civil rights in Los Angeles than John.  He was a calming and unifying leader when our city needed it most.

“John was also a mentor. I will always be grateful for his advice throughout my time in both Sacramento and Washington. But it wasn’t just me that John helped, his mentorship transcended generations of leaders and activists in our city. His assistance helped shape a new generation of Black and Brown leaders in Los Angeles committed to fighting for ideals he held dear,” stressed Bass.

“We are his legacy. John’s vision and his dreams live in each of us continuing his fight, our fight, for a better Los Angeles and an empowered Black community.”

Michael A. Lawson, president and CEO of the Los Angeles Urban League expressed comparable thoughts about Mack, calling him “a towering figure of national significance in the fight for equality and economic empowerment for Black people.”

Lawson added, “John was one of the best at converting good intentions – of CEOs, city officials, civic leaders – into good results that helped his people climb the economic ladder. Because of him, thousands of people got opportunities that led to careers; he helped stabilize Los Angeles when it was on the verge of catastrophe; and he inspired generations of leaders who carry on the work he started and did so well.

“He’ll be remembered for a lot of things: his kindness and generosity, on one hand, and his uncompromising ferocity in fighting for the civil rights and economic prosperity for the underserved communities of Los Angeles,” Lawson said.

Offering a similar tribute, Charisse Bremond-Weaver, president and CEO of the Brotherhood Crusade, observed, “John Mack was one of the greatest treasures that blessed this city with his leadership and service. He set the standard for us all.  He was a mentor and friend. As I continue to serve my community, I pray that I can uplift and serve in the manner he served.”