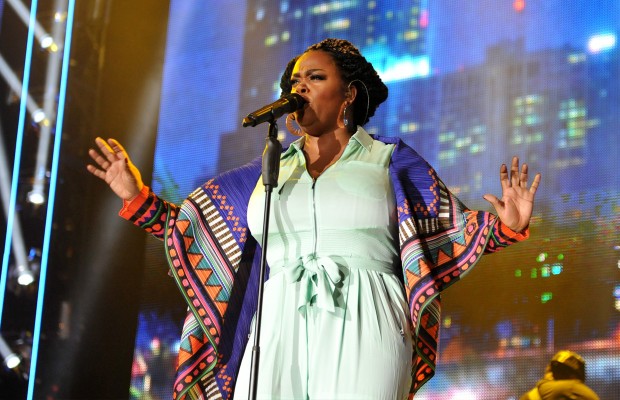 Singer Jill Scott said she was wrong for standing by Bill Cosby during his rape allegations. (AP Photo)

On July 6, Jill Scott took to Twitter to talk about her previous support of her “mentor” Bill Cosby.

“I stood by a man I respected and loved. I was wrong. It HURTS!!! When you get it ALL right, holla,” Scott tweeted.

The Grammy-winning singer and actress was very vocal about her support of Cosby back when the allegations of sexual abuse from dozens of women began to rise last year against the comedian. Scott stood by Cosby during the time tweeting questions about the claims made by alleged victims.

“U know Bill Cosby?” she asked a user on Twitter. “I do child and this is insane. Proof. Period.”

She was heavily criticized for supporting the comedian’s defense. However, her support ran out when reports surfaced of Cosby confessing to using drugs to aid sexual acts.

The Associated Press released new details about Cosby’s past in a report about his 2005 deposition, where he admitted to obtaining “Quaaludes with the intent of giving them to young women he wanted to have sex with” and “giving the sedative to at least one woman and ‘other people.’” The report came from a lawsuit filed against him from former Temple University worker Andrea Constand.

Ironically in 2014 it was at Temple University where Cosby stood by Scott’s side and introduced her to the commencement crowd as she received her honorary doctorate degree.

“About Bill Cosby. Sadly his own testimony offers PROOF of terrible deeds, which s ALL I have ever required to believe the accusations,” Scott tweeted when the report was released. Heart-broken by the news Scott continued to explain her sentiments via social media.

The singer received tweets from several critics and supporters trailing her past support and the singer responded with a final tweet stating, “Reasoning with the angry & unreasonable? No. I’m not sorry for standing by my mentor. I’m sorry the accusations [are] true.”

In the past, Cosby has publicly thanked Scotts alongside his other supporter Whoopi Goldberg, on Twitter in December for sticking up for him.

On July 7, Goldberg said on ABC’s “The View,” she was still keeping an open mind on the case.

“You are still innocent until proven guilty,” she said. “[He] has not been proven a rapist.”