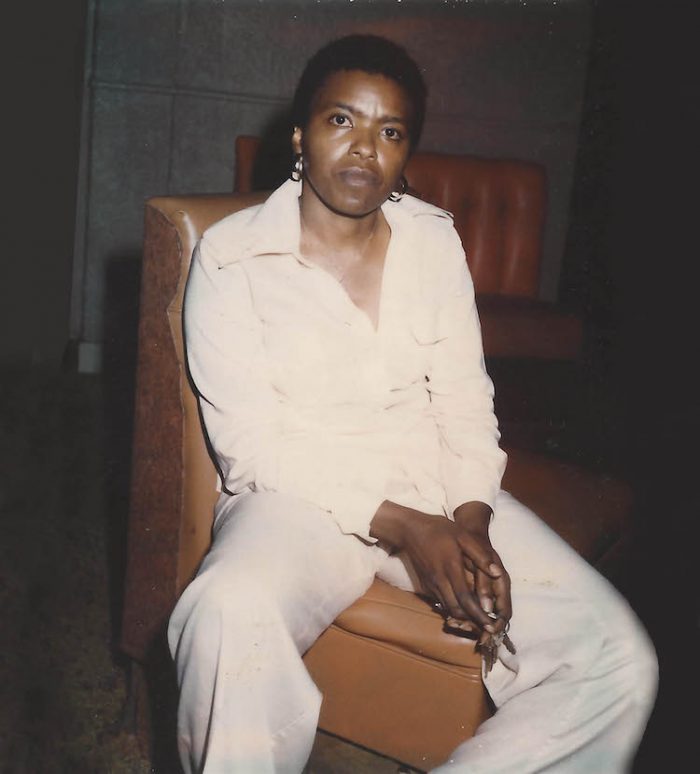 Jewel Thais-Williams is an African-American, lesbian whose very presence, in Los Angeles, in 1973 was the picture of disruption.  She bought a building on Pico and Crenshaw, in a predominantly Black neighborhood, and then she created a nightclub—Catch One— that catered to an underserved clientele.  She caught lightning in a bottle and Catch One quickly became a second home for gay L.A. which highlighted the extreme homophobia that was part of the African-American community, especially during the period in U.S. history when widespread homophobia was flamed further by the AIDS crisis. People were dying in huge numbers to a disease that was attached to a lifestyle that was frowned upon. Jewel the woman and Jewel’s club held no such prejudices.  It welcomed so many people who had no other place to go. Catch One became their home away from home. Jewel Thais-Williams was bold.  She hugged those suffering from AIDS in a time, again, when the infected where shunned.

“Jewel’s Catch One” directed and produced by C. Fitz digs deep into Jewel’s’ motivation and swiftly covers 40 years of her amazing life. Considered by many to be a primarily gay nightclub, Club One was nicknamed “the unofficial Studio 54 of the West Coast” and it held that title using the power of music to pull in celebrities like Madonna, Sharon Stone, Sandra Bernhard and Thelma Houston (who first heard her Grammy Award-winning “Don’t Leave Me That Way” right there on the Catch One dance floor), and other and influencers all drawn to the power of the people leaving it all on the dance floor and Jewel’s unbridled passion, energy and drive to bring people from distinctive groups together

There is no question that Jewel is a genuine inspiration. Her road was not easy.  Overcoming the prejudices she faced as a gay Black woman in the 1970s isn’t lost in the story and it’s an important lesson.  Despite countless attempts by law enforcement to shut it down and persecute those who frequented the venue, Catch One’s doors remained open for over forty years.

In the documentary, regular visitors are interviewed with each sharing their memories of the club, the era, the woman and themselves including Sharon Stone and Sandra Bernhard. Because many of the paparazzi were not likely to travel toward the inner L.A., the celebs felt safe so they enjoyed themselves.

Jewel and her long-term partner are also interviewed in the documentary, along with Congresswoman Maxine Waters and entertainers Thelma Houston, Bonnie Pointer, and Evelyn “Champagne” King.  One of the most crippling and terrifying setbacks happened in 1985, when a fire ripped through the club. It was never officially declared as an act of arson but the evidence suggested that’s exactly what it was. It took two years to rebuild and during that time, the AIDS crisis raged.  This massive loss of life and the sadness that covered the world is brilliantly addressed in the film and Jewel herself talks openly about her own drinking and drug problems during that period.  Brava to her for showing the truth. Most heroines are complicated and this gives great drama to this documentary.

Jewel was perfectly named by her parents. Leaving addiction behind she stretched herself further.  In interview clips from the past as well as those captured when she was much older her vibrancy and love for helping others are evident.  Her club’s cultural import should not be underestimated. When Catch One finally closed in 2015, the number of people who turned up to celebrate provides a touching cinematic moment, which leaves that goose-bumps on the forearm feeling.

“Jewel’s Catch One” will be released on Netflix on May 1st. Acquired by Ava DuVernay’s distribution company ARRAY

There will be national screenings and tours.  In Los Angeles, April 28 at Silver Screen presented by ARRAY @ The Broad.

For full details go to http://www.arrayreleasing.com/array-releasing/