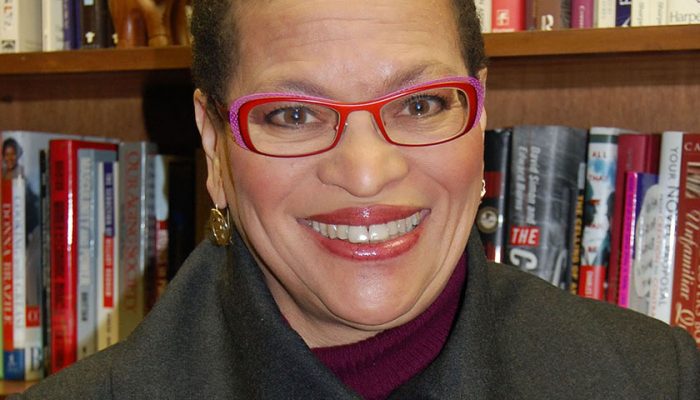 Rev. Jesse Louis Jackson turns 77 on October 8, 2018. Nobody has led a less storied life. He first took a public stand for civil rights when he was just a kid attempting to use the library in his hometown of Greenville, South Carolina. His activism brought him to the attention of Dr. Martin Luther King, Jr., and he served Dr. King for years before his assassination. From then, Rev. Jackson founded and led Operation Breadbasket, the Rainbow Coalition, and the Rainbow/PUSH Coalition. Along the way he ran for President twice, gaining millions of multiracial votes and enough support to provide him with significant influence on Democratic platforms.

One of the most important things about Rev. Jackson is the way that he empowered others. When I listened to the “Colored Girls” – Minyon Moore, Yolanda Caraway, Leah Daughtry and Donna Brazile – speak their truth at the National Museum of African American History and Culture on October 1, I was reminded that Jackson has been pivotal in the lives of so many African American political figures. We can call the roll, and name names, but I won’t do that for fear of leaving someone out. What I will say is that there would be no President Barack Obama were there not a Congresswoman Shirley Chisholm who ran for President in 1972, nor a Rev. Jesse Louis Jackson, who ran for President in 1984 and 1988.

Jackson changed the way that African American people saw ourselves politically. Before him, we thought we could not make a difference. Because of him, we know that we can. Before him, we did not believe, in his words, that “the hands that picked peaches could pick Presidents.” Because of him Stacy Abrams is a possible winner (if we vote) as governor of Georgia; Andrew Gillum is a possible winner as governor of Florida, and unlikely candidates for Congress are poised to win. Thanks to Rev. Jesse Jackson, African American people claimed political audacity. We don’t have to wait our turn, follow the rules, and defer to the status quo. We can, like Ayanna S. Pressley, Alexandria Ocasio-Cortez and Lucy McBath, just buck up against the system and decide to do it our way. We don’t have to climb up the ladder of a broken party system or wait for the blessing of the Democratic Congressional Campaign Committee. Instead, we can step out when the time is right, and the possibilities are there.

Nearly 45 years after his historic run for President, Rev. Jesse Louis Jackson is engaged in multiple fights. He is fighting for social and economic justice, as he always has, ever since he defied library protocol and insisted on his right to have access to a taxpayer funded public library. He is fighting police brutality and the unnecessary murders of young black men like Chicago’s own LaQuan McDonald. He is fighting for young people to thrive in a nation that is biased against them. And he is in the personal fight of his life, fighting Parkinson’s disease as passionately as he fights injustice.

Those of us who know Rev. well are excited by his good days and concerned by the days that are not so good. We see the occasional slowed gait, shaking hands and slurred speech, but we also see the days when his rhetorical representation is as excellent as it ever was, and then we cheer. WE know that this is an indefatigable leader, one who will be no more slowed by a physical impediment than he has been by structural racism. And so, we cheer whenever we see him stand up, whether he is standing on his own might, or whether he is assisted. We cheer the long and fruitful life of a civil rights icon who has made the world better for so many people and opened the door for hundreds of African American politicians.

I am writing this from a profoundly biased space. I met Rev. Jackson nearly 50 years ago, when I was an Essence Magazine intern supervised by Chicagoan Leniece Taylor, who was a friend of Rev. Jackson’s. I’ve been connected since then, as a delegate in 1984, a campaign surrogate in 1988, a family friend, and most recently President of PUSH/EXCEL the education arm of the Rainbow PUSH Coalition. I could not have been more delighted than when the Congressional Black Caucus Foundation bestowed upon Rev. Jesse and Mrs. Jacqueline Jackson a lifetime achievement award, both because they deserve it, but also because Mrs. Jackie doesn’t often get the recognition she should get as “the wind beneath his wings.” I’m biased, y’all, and that’s just that.

Our icon, our leader, is celebrating another birthday, and that’s a great thing! He is fighting, as he always has, injustice; but he is also fighting Parkinson’s. And he is not yielding space in either fight. If you appreciate Rev. Jackson as much as I do, let him know! You can go to the Rainbow website, www.rainbowpush.org to send a note, or you can hit him up on Facebook. Let’s rain this brother down with birthday blessings for his 77 years of service.

Improving Black/Latino Relations is Their Job, Not Others’