Jammin’ Jamaica in the news

It’s approaching a fortnight since the closing ceremony of the 2012 Olympic Games held in London, England (a “fortnight” is British for “fourteen nights,” that is, two weeks), and Jamaica left its mark. For example, in the ultra-competitive men’s relay, Usain Bolt and company bolted past the USA men for gold as both all-Black squads turned in record performances. In a prior event, Jamaican men pulled off a medal sweep. And although Carmelita Jeter led a quintet of USA women as they jetted away from their Jamaican counterparts en route to a world recording-breaking gold medal relay, Jamaica’s Shelly-Ann Fraser Pryce edged out Jeter as the world’s fastest woman. “Dis is Jamaica mon!”

Given such intensity, could a Rastafarian spirit be at the heart of Jamaican passion?

Basic Rastafarianism: The seed of Rastafarianism was sown when brutal, slave-driving European colonial powers (Spain in 1655 and England until 1962) left their mark on the Black nation. A distinct anticolonial culture arose, giving birth to a deliberate antiestablishment form of Jamaican English. Ironically, Rastafarianism evolved from this milieu as resentful adherents embraced the Bible (recognizing its substantive value), but decried the hypocritical aspects of Britain’s Protestantism.

Jamaican-born Marcus Garvey (1887-1940) used the Bible to teach his fellow descendants of slaves self-worth by starting the Universal Negro Improvement Association in 1914, directing followers to look to Mother Africa to produce a messianic figure that would redeem them. Then, in 1930, a nobleman named Ras Tafari (1891-1975) was crowned emperor of Ethiopia. (“Ras” is a title of distinction and “Tafari” was his family name, from which “Rastafarian” is derived.) Upon being coronated, Ras Tafari transformed into Emperor Haile Selassie (“Holy Trinity”).

“Ethiopia was already widely esteemed by Jamaicans as a great example of an ancient black African kingdom that had remained independent,” says the university textbook Experiencing the World’s Religions (2010). “Many Jamaicans also accepted the belief of Ethiopians that their emperor was descended from the biblical King Solomon and Queen of Sheba.” Moreover, some Jamaicans felt that Selassie was the divine, new appearance of Jesus; a view that the devout Coptic Christian Selassie himself did not hold. Even so, circa 1938, in Moses-like fashion, Selassie founded Ethiopian World Federation and set aside five hundred acres for those of African descent to resettle.

Different Rastafarian Groups: Creation Heights, Rastafarian Movement Association, Ethiopian National Congress, and the Twelve Tribes of Israel are among different versions of Rastafarianism, each with its own set of ideas. However, all Rastafarians share at least three beliefs. “The first shared belief is that there is one God, who is referred to by the biblical name Jah (the name is related to Yahweh and Jehovah),” says Experiencing. “Another common belief is that Haile Selassie, called King of Kings and Lion of Judah, was (and is) divine. Thirdly, all Rastafarians believe that the Bible not only is the word of God but that it also has hidden meanings that are important for people of African descent.”

Rastafarians & the Bible: Passages from Psalms and the prophetic books of Daniel and Revelation, all of which speak of a messiah and a “golden age” future paradise, are of keen interest. “Rastafarians hold that people of African descent–like the Israelites who were held in captivity for fifty years in Babylon–must seek liberation from any society that oppresses them.”

“The Holy Herb”: Rastafarians believe in the sacramental use of ganja (marijuana). Immigrants from India are thought to have introduced the “holy herb” (as Rastas see it) to the Caribbean. (Genesis 1:11; Revelation 22:2, King James Version).

Dreadlocks: Rastafarians are known for their trademark dreadlocks. (“In Jamaican English,” notes Experiencing, “dread has often been used as an adjective to mean ‘strict,’ ‘upright,’ ‘righteous.'”) “I had no use for a hair comb,” declared one Rastafarian. “It was made by man. So I allowed my hair to grow just as the trees grow leaves.” Their understanding of the Bible is used to support this position. (Leviticus 19:27; Numbers 6:5; Judges 13:5, Luke 1:15)

Diet: Pork and shellfish are avoided (Leviticus 11:7-12), with vegetarianism being the preference. “Rasta Pasta” anyone?

Rastafarian Fame: LA recently celebrated Bob Marley Day as son Ziggy Marley and family graced Council chambers. There’s also Jimmy Cliff and Count Ossie of Rasta fame. Going from rapper to Rasta, Snoop Dogg has evolved into Snoop Lion as a result of a recent visit to Jamaica. (Some believe Snoop’s longtime use of ganja may have influenced his decision.)

Peace and blessings to all, mon. 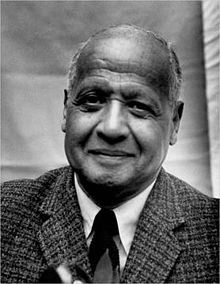