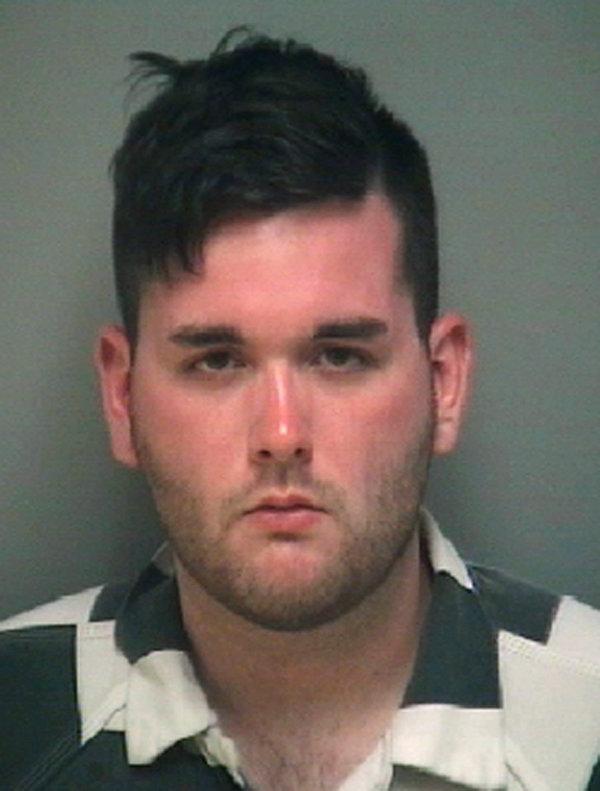 A jury recently called for a sentence of life in prison plus 419 years for the Hitler admirer who killed a woman when he rammed his car into counter-protesters at a White nationalist rally in Charlottesville in 2017.

The decision capped a trial laced with survivors’ anguished testimony and details of the driver’s long history of mental illness.

James Alex Fields Jr., 21, stood stoically with his hands folded in front of him as he heard the jury’s recommendation.

It will be up to Judge Richard Moore to decide on the punishment at Fields’s sentencing, set for 29 March. Judges in Virginia often go along with the jury’s recommendation. Under state law, they can impose a shorter sentence but not a longer one.

The jury called for a life sentence for first-degree murder in the killing of Heather Heyer, a 32-year-old paralegal and activist, and also asked for hundreds more years on nine counts involving injuries Fields caused to others and for leaving the scene of the crash.

Heyer’s mother, Susan Bro, said she was satisfied with the decision.

“The bottom line is justice has him where he needs to be,” Bro said. “My daughter is still not here and the other survivors still have their wounds to deal with, so we’ve all been damaged permanently, but we do survive. We do move forward. We don’t stay in that dark place.”

The jury deliberated for about four hours over two days before agreeing on a punishment.

Fields drove to Virginia from his home in Maumee, Ohio, to support the white nationalists at the “Unite the Right” rally on 12 August 2017.

After police forced the crowds to disband because of violent clashes between White nationalists and anti-racism demonstrators, Fields spotted a large group of counter-protesters marching and singing. He stopped his car, backed up, then sped forward into the crowd, according to testimony from witnesses and video surveillance shown to jurors. 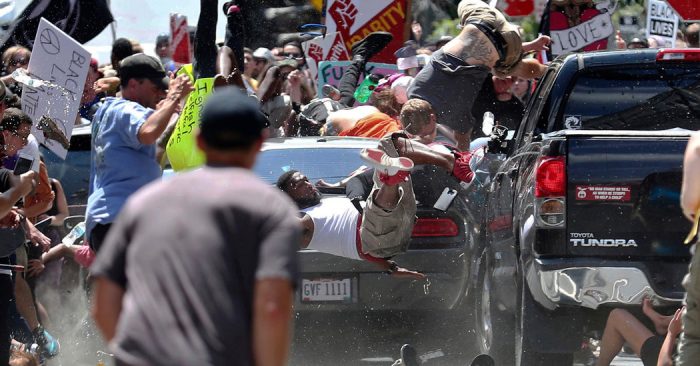 People fly into the air as a vehicle drives into a group of protesters demonstrating against a White nationalist rally in Charlottesville, Va., Saturday, Aug. 12, 2017. The nationalists were holding the rally to protest plans by the city of Charlottesville to remove a statue of Confederate Gen. Robert E. Lee. (Ryan M. Kelly/The Daily Progress via AP)

Fields’s lawyer Denise Lunsford called him a “mentally compromised individual” and urged the jury to consider his long history of mental problems.

University of Virginia professor and psychologist Daniel Murrie told the jury that while Fields was not legally insane at the time of the attack, he had inexplicable outbursts as a child and was diagnosed with bipolar disorder at six. He was later found to have schizoid personality disorder.

Murrie said Fields went off his psychiatric medication at 18 and built an isolated “lifestyle centered around being alone.”

A video of Fields shown to the jury during the first phase of the trial showed him sobbing and hyperventilating after he was told a woman had died and others were seriously injured.

The “Unite the Right” rally had been organized in part to protest the planned removal of a statue of Confederate general Robert E. Lee. Hundreds of Ku Klux Klan members, neo-Nazis and other White nationalists emboldened by the election of Donald Trump streamed into the college town for one of the largest gatherings of White supremacists in a decade. Some dressed in battle gear.

Afterward, the president inflamed tensions even further when he said “both sides” were to blame for the violence.

According to one of his former teachers, Fields was known in high school for being fascinated with nazism and idolizing Adolf Hitler.

Jurors were shown a text message he sent to his mother days before the rally that included an image of the Nazi dictator. When his mother pleaded with him to be careful, he replied: “We’re not the one who need to be careful.”

Fields also faces federal hate-crime charges that could bring the death penalty. No trial date has been set.