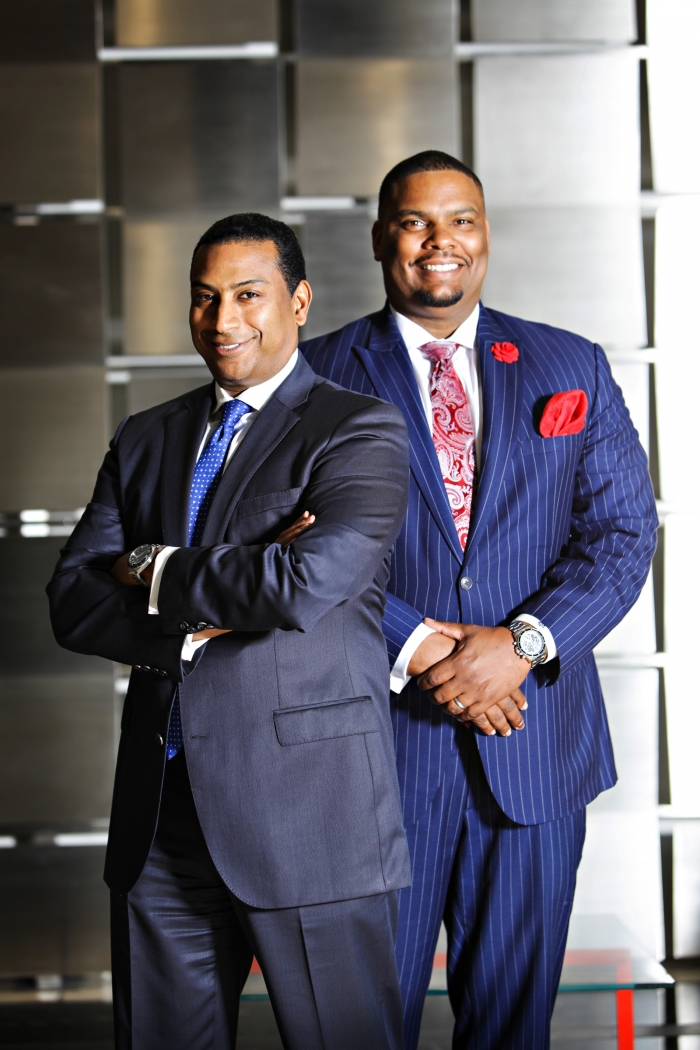 Welcome Ivie, McNeill, Wyatt, Purcell & Diggs—the prestigious and Black-owned law firm in Los Angeles has added two exemplary lawyers to its title. IMW partners, Byron Michael Purcell and Rodney S. Diggs both come with a wealth of legal experience between the two of them and proven records at the firm. Senior partners, Rickey Ivie and Keith Wyatt shared a statement about adding their names to the firm.

“Byron and Rodney have been major contributors to the success and growth of our firm for a long time. The change of the firm name is in recognition of their past, present, and future contributions and leadership. We are confident and secure in the knowledge and expectation that IMW will continue to flourish as they maintain and strengthen our tradition of excellence. They are tremendous attorneys, and we are proud and blessed to work with them.”- Rickey Ivie & Keith Wyatt

“It’s an honor in terms of the names and the people that have come before me and to be a part of such a distinguished group—it’s a privilege,” said Purcell. “The most appreciative thing is how much this firm is committed to service; I love the commitment to service—not only to its clients but the community as a whole.”

“I have been a partner since 2016, but to be elevated to named partner is a feeling like no other,” said Diggs. “To have my name cemented next to legal giants is something beyond my wildest dreams.

Diggs continued, “I’m thankful and humble that my partners saw fit to allow and entrust me to carry the torch, and to continue the tradition of providing superior legal service to the community, domestically and internationally, something they have done and perfected since 1943.”

Purcell is an experienced litigator, who has successfully tried dozens of cases in a wide range of areas, including commercial litigation, products liability, personal injury defense, real estate and employment discrimination. He has argued before the U.S. Federal Court of Appeals and the California Court of Appeals. Purcell also represents clients in contractual disputes, complex business matters, commercial and real estate claims, insurance, equipment failures, wild fires, explosions and automobile accidents. Some of his clientele includes Fortune 500 Companies, such as Walmart, Bank of America, DIRECTV, Hertz, Chase Bank and Liberty Mutual Insurance.

He became a director with Ivie, McNeill & Wyatt in 2001. Before joining the firm as a law clerk in 1994, he clerked with the Federal Defenders of San Diego, Inc. While earning his J.D. at the University of Texas at Austin School of Law, Purcell was a member of the Thurgood Marshall Legal Society. He was the regional champion of the Frederick Douglass Moot Court competition for the 1993-1994 season. He obtained his undergraduate degree in political science from the University of Southern California, where he was recognized as a Merit Scholar and received USC’s Achievement Scholarship and Dean’s Scholarship. In 1991, he became a fellow of the Counsel on Legal Educational Opportunity (CLEO) and in 1993, he served as a legal teacher’s assistant in Huntington, NY.

Diggs is an experienced litigator with substantial experience mediating disputes and trying cases to verdict in both federal and state courts. He is chair of the Labor & Employment practice group, which focuses on harassment, discrimination, retaliation, and wage and hour issues. He represents employers ranging from public entities to Fortune 500 companies, individual employees and civil rights litigation. Diggs’ significant achievements include settling a wrongful death lawsuit for $5.5 million and serving as lead counsel in Reginald Mitchell v. California Department of Public Health, which resulted in a published California Court of Appeal decision.

He became a director at Ivie, McNeill & Wyatt in 2016. Prior to joining the firm in 2011, Diggs clerked for the Honorable Patti Jo McKay, Presiding Judge for the Appellate Division for the Los Angeles Superior Court. At Howard University School of Law, he was vice president of the Student Bar Association, Chief Justice of Sigma Delta Tau Legal Fraternity and senior staff editor of the Human Rights and Globalization Law Review. He was also a student attorney for DC Law Students in Court, representing low-income clients with landlord disputes and handling other civil matters in the Washington, D.C. Superior Court and administrative agencies. During his undergraduate career at UCLA, Diggs was a member of the track and field team. He achieved All-Pac 10 and All-American status in the 400 meter race and 4×400 meter relay.

In 2015, he was one of 25 lawyers selected out of 250 applicants to be a part of the American Board of Trial Advocates SideBar program. In 2017, The California Legislature Assembly recognized Diggs as one of its 40 emerging civic leaders under the age of 40. 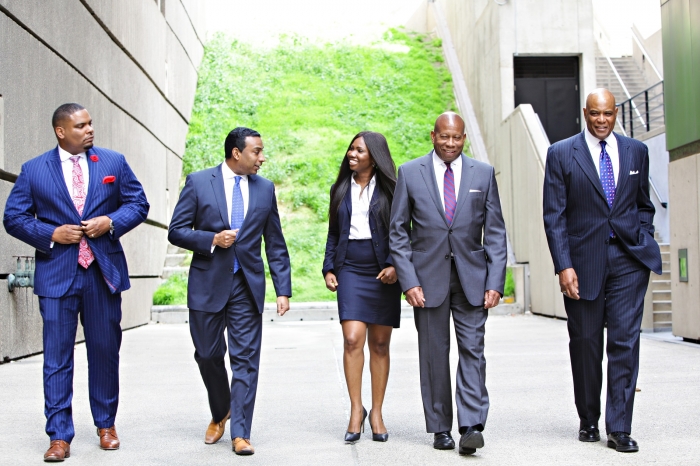 Both Purcell and Diggs spoke to the Sentinel and shared their feelings about having their names added to the firm. They also spoke about the legacy they intend to establish as partners at Ivie, McNeill, Wyatt, Purcell & Diggs.

“To serve our community with distinction and to be a long-term pillar of the community,” said Purcell. “To establish a major, not only Black but minority-owned law firm that establishes and reinforces the ideology of ownership, not only in the Black community, but the minority community in its entirety.”

“If I can establish a legacy that amounts to half of what Rickey Ivie, Bob McNeill and Keith Wyatt established, that would be outstanding,” said Diggs. “The legacy I wish to establish with the firm is worldwide respect and dominance in the legal field.

“I want to personally establish a legacy of hard work, dedication, honor, and that I’m an overall legal BEAST in and out of the courtroom.”

Founded in 1943, IMW continues to be the largest Black-owned law firm in the nation and one of Southern California’s premier full-service law firms, representing a broad range of businesses, public entities and individuals in a vast array of litigation matters and transactions.

In recent years, the law firm has expanded opening an office in Leimert Park located at 4401 Crenshaw Boulevard, Suite 318. This office was opened to serve and meet the demands of its clients in the area. The firm currently has offices in Downtown Los Angeles and Ontario.