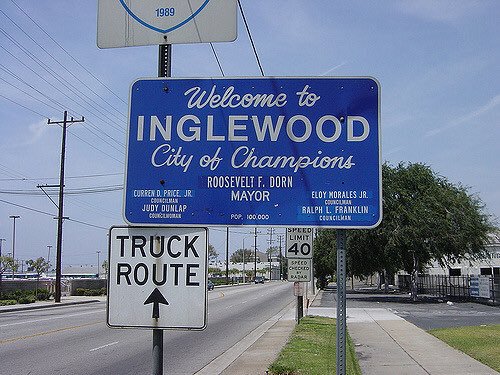 The city of Inglewood continues to revitalize as they prepare to be a world class sports and entertainment district. As the city anticipates heavy traffic and visitors, the city has commenced studies to explore the sensibility of connecting the soon to be completed Metro/Crenshaw /LAX light rail transit line to the city’s new attractions.

The proposed “Inglewood Transit Connector” recently released a “Notice of Preparation” and held an initial Scoping Meeting on July 26 at the Inglewood Senior Center to inform the community of its plans.

The city is proposing a 1.8-mile Automatic People Mover and supporting infrastructure that would run from the Market Street and Florence Ave. intersection adjacent to the Crenshaw/LAX Metro line. The line would run through Downtown Inglewood, south through Market Street, then east on Manchester Boulevard, turning South on Prairie Avenue until its intersection with Century Boulevard. Proposed stations would be located along the route to include the historic Market Street, the Forum, NFL stadium and proposed Los Angeles Clippers arena.

“Connecting residents, fans, employees, shoppers and patrons to a world-class sports and entertainment district that activates and enhances a full range of employment and entertainment opportunities is the future of Inglewood,” stated Mayor James Butts.

The goal of the project is to improve transit options and connections for residents and visitors to Inglewood. It will also promote economic viability, reduce single vehicle trips and traffic and enhance community resilience. The city plans to be transparent and invites community participation in reviewing the study and will actively engage local stakeholders throughout the process.

The process is a 5-step analysis that includes enviromental testing and community feedback. For more information visit www.envisioninglewood.org.