Immigration reform is a major issue, but the lack of response by the Black community suggests it is not a priority. However, it should be. Among other things, Blacks remain on the periphery, not the center, of key decision-making tables in organized labor. This and other important issues must be acknowledged and acted on by Black leaders that represent the interest of the Black community.  Since the 1960s other movements have leap-frogged Blacks in achieving their objectives; gays, lesbians, women, and senior’s victories are prime examples. But the opinions expressed in this column are not anti-Latino-they too are targets of racism and white privilege. However, Immigration and/or immigration reform must never be at expense of Black people.

The significance of race in labor unions is clearly evident in Los Angeles where Latinos’, chiefly because of their numbers, are receiving more equitable treatment. This is also true in the public and private sectors. The same numbers-related dynamic is evident in public schools   where Latino students receive more resources, and with employment opportunities, especially in their access  to lower-paying jobs.

As Latinos gain ground within organized labor, Black worker disparities continue unabated, even though they are among labor’s strongest supporters.  Many Blacks feel Latinos have taken their jobs, especially low wage jobs.  But numbers are only a part of a much larger picture: Language, culture and family ties also play a role in Latinos getting jobs.  (But do you really need to speak Spanish to sweep floors?)   A Black-Latino stand-off reinforces hostility between them and strengthens employers’ self-serving polices that are detrimental to both groups.  (Also, the importance of Black leadership forcefully addressing the plight of Black people cannot be overemphasized.)

Since the 1960s, working-class families and low-income communities have suffered disproportionately as jobs were outsourced and manufacturing plants closed in urban cities.  In Los Angeles, the closure of automobile plants in the region and the Goodyear Tire Company in South Central Los Angeles, drastically affected the area’s economy.

The economic decline continued as new avenues for housing and jobs became available and strong social networks that previously sustained Blacks broke down when many left the inner city.   Also, more local job opportunities and a new global economy required high-skilled, high-tech opportunities that eliminated labor-intensive jobs that provided Blacks economic stability.  The transformation in jobs and other opportunities, together with changing Black neighborhoods, contributed to new Latino immigrants occupying previously Black housing and jobs. The erosion of opportunities resulting from civil rights gains that largely benefitted the Black middle-class and the continuing influx of Latino immigrants increased tensions between Latinos and Blacks in Los Angeles.

Steven Pitts, sociology professor, UC Berkeley Labor Center, argues this tension will never be adequately addressed unless there is a sustained movement to tackle the variety of complex underlying issues- many race-based- that disproportionately affect Blacks.  Pitts contends the movement should include three elements.  First, recognition that not all Blacks are native born and not all immigrants are non-Black.  He asserts positioning Blacks against immigrants ignores this reality and obscures the unique experiences of Blacks in the Diaspora, particularly those from Africa, Haiti, Central and South America and the Caribbean.

Third, an explanation of the crisis must be developed that centers on the effects of historical, contemporary and institutional racism.  And emphasis must be placed on the crucial role of employers since they are the ones who determine who gets hired and fired but they have yet to be held accountable.

Professor Pitts also suggests organizing is as important as reframing the issues. He maintains unions should develop strategies that deal directly with the low-wage crisis in the Black community by providing Blacks with real opportunities for advancement and decision-making.  “Finding creative mechanisms to preserve public sector jobs and transforming the human services sector (e.g., child care, in-home care, health care) would go far in dealing with the job crisis in the Black community.”  He also feels unions should be in the forefront in developing labor-community action strategies that benefit Black workers who obviously are not traditional high priority targets.

Steven Pitts’ analysis and proposed solutions are sound but they do not emphasize sustainable pressure must be exerted by Black workers working with Black leadership and the broader Black community to bring about actual change.  Together they constitute the core determinant in whether Black workers will silently continue to be systemically exploited, or successfully demand fair and equitable treatment.

The role of Black leadership in dealing with labor unions and the debate around immigration reform is crucial. Therefore, Black leaders must embrace group-oriented, moral and ethical principles, (as opposed to individualism and materialism) in order to achieve sustainable positive results for the Black community. Actual change means developing new realities grounded in common values that benefit not only Black workers but the entire Black community. 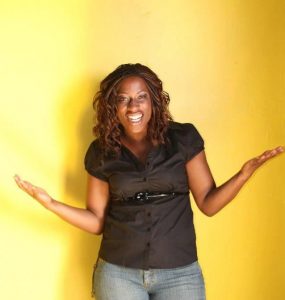 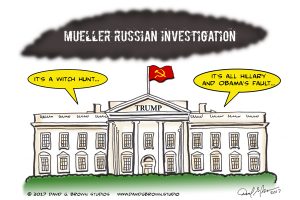