Here’s why. Everybody has the right to “free will” as “A free moral agent.” It’s God given. God gives everyone plenty of time to get on track with Him. A thousand years is as one day to Him and one day is as a thousand years. That’s plenty of time. His message has been heard. The skies and the heavens witness His sovereignty. So, everyone has time to accept or reject. It’s His eternal purpose for everyone to accept. No, you don’t have to. That’s where the “free will” comes in and moral decision-making. I’ve been listening to the Presidential candidates. I don’t want to believe what I’m hearing; my own eyes see and ears hear. Sometimes, however, there is perversion and what we hear is not always what is meant. Here’s the thing. I hear them saying things like, “Take away their guns!”

Unbelievable!! I understand (just in case I am misunderstood) none of us want people shoot’n and kill’in people. And the grandmother who got killed watching television with her grandson (nephew or whoever it was). Absolutely crazy! Police officers are struck with fear too. Too many have bad judgement! We need good police. Like I said before, they need extra training. What in the world was he thinking?? I rephrase—was he thinking anything rational?? Well, in her case having a gun didn’t even help her. But, here’s the point. I heard a candidate saying something like, “Take away their guns!” Is he crazy?? What has struck him? No, those AK 47s and other war weapons are hard to control. Can people be eliminated from having guns?Ha-Ha-Ha. No way. I bet people right now are manufacturing guns illegally somewhere. Legislation won’t eliminate gun possession. No way that will do away with people who want to commit crime-domestic violence-public assaults. It’s inbred in the fabric of the United States. Watch the old westerns. Yup. It’s serious: “gun control.” Some say, people who are deranged shouldn’t have guns. How, in the world will anyone infallibly, no mistake, stop people from having guns altogether? How you going to know someone purchasing a gun is sane or not? Could be angry. How you going to psych him/her out? I actually heard a candidate say, “take away the guns.” Another one says, “ Free this. Free that. Free everything.” What?? Who’s going to pay for more than $3 trillion ($3,000,000,000,000 debt??). There is no plan. Those promoters don’t want you to know the plan. I’ll tell you what the plan is; Socialism. You’ll be taxed out of your home, your paycheck, your profits–ultimately “out of your mind.” Because you’ll be wondering what happened to your standard of living, your paycheck, your profits/savings? When laws are passed, regulations are passed, sometimes punitive and subliminally directed at specific entities. Some are saying Socialism in the future. It’s here folks-creeping in-applied via “bureaucratic structure-&“ progressive system of deployment.” Wise up folks. Listen and watch. Pay attention. Thanks for reading. 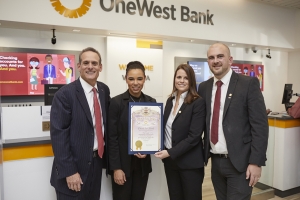 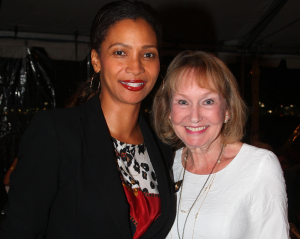 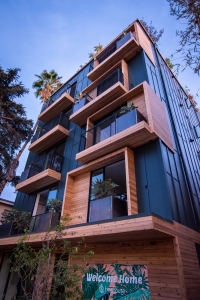 L.A. Branches Out To Co-Living with the Treehouse