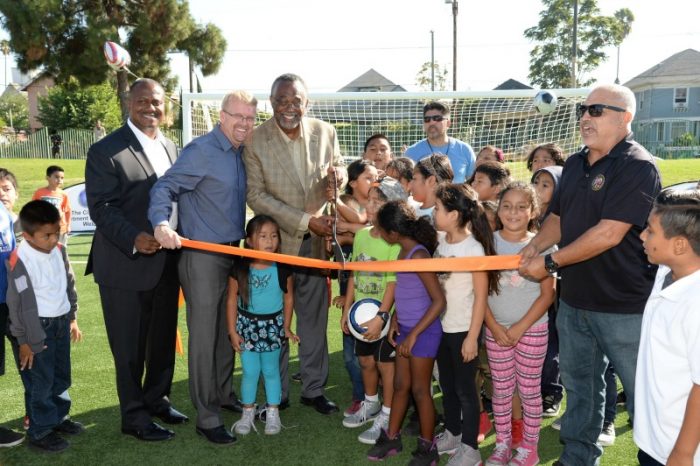 Councilman Curren D. Price, Jr., the Los Angeles Department of Recreation and Parks and hundreds of wide-eyed, smiling youth from South LA gathered Sept. 1 to be among the first to use a brand new, state-of-the-art synthetic field at Trinity Park. 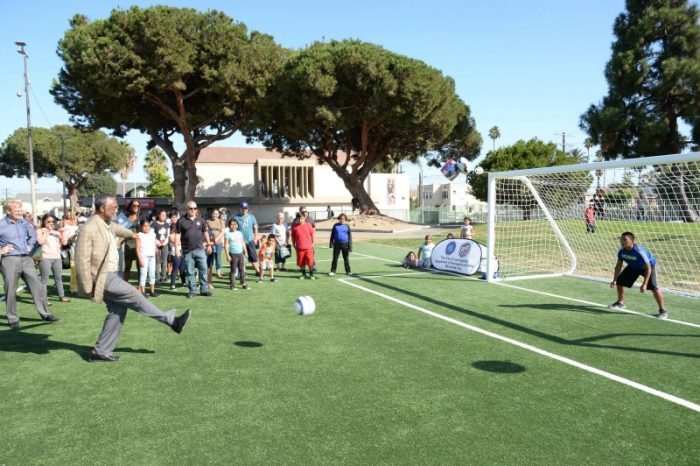 “With almost one-third of the population that I represent under the age of 18, it is imperative that our families have clean, safe spaces and recreational programming that our youth need to be happy and prosper,” Price said.

He added, “Unfortunately, our neighborhood parks have been historically underfunded and haven’t always had the resources they need or support they deserve. To say this is a high priority issue for my office is an understatement.” 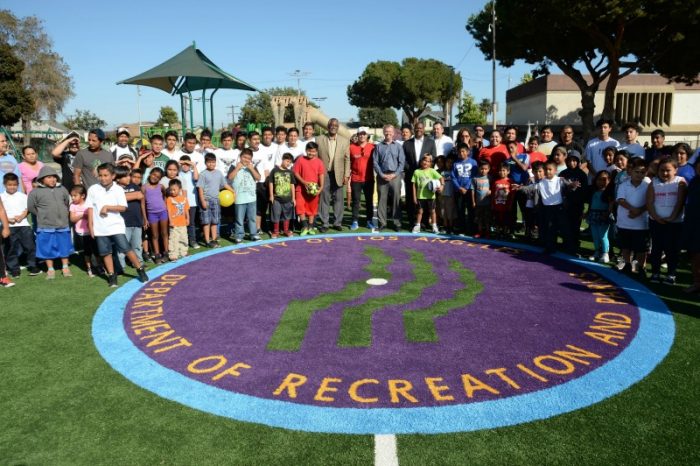 Under Councilman Price’s leadership, more than $38 million has been invested into local parks. Since taking office in 2013, Price has championed much-needed repairs and improvements at more than half of the 26 parks in Council District 9.