On November 2, nine year-old Tyshawn Lee was lured into an alley near his grandmother’s home where he was shot to death. (Facebook)

CHICAGO — It all began around 6 a.m. on Aug. 5 when 21-year-old Adarius Hayes was found dead in a car in the 7500 block of South Damen Avenue. Hayes, a member of the Killer Ward Gangster Disciples, had been shot in the chest. It was the first shot fired in the latest neighborhood gang rivalry that has gripped the Auburn Gresham community and loosely culminated with the murder of nine year-old Tyshawn Lee earlier this month.

According to several neighborhood sources, the Killer Wards are at war with the Bang Bang Gang, a faction of the Terror Dome gang, which itself is an offshoot of the Black P Stones. Hayes’ murder was just the first in a string of incidents that has taken the lives of innocent victims and members of both gangs alike.

Chicago Police have said Pierre Stokes, Lee’s father, is allegedly a documented gang member with the Killer Wards, along with his relative, Christopher Smith. Neither of the men is cooperating with investigators, according to police.

Armed with a warrant, police raided the home of Smith recently, but no charges have been filed. However, the Crusader has obtained exclusive information over the last week in which one could argue Stokes knows exactly the circumstances that led to his son’s murder.

Stokes, who goes by the street name “Wooh Gotti,” posted a video on social media in September showing him, Smith and two other men believed to be members of the Killer Wards, mercilessly beating a young man who they believe to be affiliated with the BBG.

The video was taken down shortly after Tyshawn’s murder, but not before the Crusader obtained a copy of the grainy 30-second clip in which Stokes is heard saying, “F— BBG,” while he and the other men kicked, stomped and punched the victim, who is pleading for mercy while curling up into the fetal position on the ground.

According to criminologists and law enforcement experts around the country, gangs use social media sites, like Twitter, Facebook and Instagram to make threats against rival gangs, display guns, money or drug use and to showcase beatings and other forms of violence they have unleashed on rivals. The practice is called “cyber banging.” Just as the international terrorist group ISIS uses social media to terrorize and intimidate, so do street gangs in America, say experts.

On Oct. 13, Tracey Morgan, a member of the Bang Bang Gang, was murdered and his mother injured after they were targeted and shot in the 8200 block of South Lafayette Avenue. The shooting took place just minutes after Morgan, who was on parole at the time, attended a gang “call-in” meeting designed to reduce violence.

The meetings offer gang members social services and other forms of assistance for those who choose to leave the lifestyle, as well as inform them of the consequences if they do not. Known by his street name, “T-Time,” Morgan died at Advocate Christ Medical Center of a fatal gunshot wound to the abdomen, according to the Cook County Medical Examiner’s Office. His mother survived a bullet wound to the arm. Morgan’s murder was troubling to police, who claim the call-in meetings have been productive.

“This is an example of what we’re trying to prevent,” said Chicago Police spokesperson Anthony Guglielmi at the time. “The irony is that these call-ins are our effort to get these individuals out of a life of violence.”

Brianna Denise Jenkins was a former cheerleader at Amos Alonzo Stagg High School in Palos Hills, Ill. Around 4:30 p.m. on Oct. 18, someone approached a car Jenkins and a 20-year-old man were sitting in on the 7800 block of South Honore Street. The assailant fired several shots into the vehicle, injuring the man who fled on foot and hitting Jenkins several times. She was pronounced dead on the scene. The 19-year-old, with a bubbly personality and who enjoyed taking funny poses in pictures to post to her friends, had no gang affiliations. But, police believe the man she was sitting with did. He was a member of the Killer Wards.

Around 4:15 p.m. on Nov. 2, Lee was lured into an alley on West 80th Street and South Damen Avenue where he was executed. The Crusader spoke with sources close to the investigation and those at Scott Joplin Elementary School where Lee attended and they said that Lee was not the only student in the school who has older relatives with gang ties. At least two family members of Morgan’s were in the same grade with Lee and may have cooperated with those responsible for Lee’s death by identifying the boy to his eventual killers, according to the source at the school.

“Everyone who works here knows the student population we work with, and we know some of their parents and other relatives have a dangerous lifestyle, so we take precautions. But, this Lee murder shook even the most hardened educators to the core. We’ve been scared to death since the whole thing happened,” said the source, who spoke on condition of anonymity, even though they believed there was no longer a threat since Morgan’s family members transferred out of the school last week. “There was a large police presence all around the school last week, because there was fear someone would come after the Morgan family members.”

Chicago Police Superintendent Garry McCarthy would not comment on specifics of the investigation, but has said the ongoing gang war goes back until at least August, perhaps as far back as two years ago.

“We believe this is the most recent in a series of gang-related violent events,” McCarthy said.

Residents in the Auburn Gresham community said their once middle-class, African-American neighborhood has now become rife with gun violence and murder on a regular basis. Residents are scared and business owners are fleeing, said one resident, who chose to remain anonymous because she has family members in gangs.

“We’ve had gangs in the past, but nothing like this where you go after children family members. This is some next level s—. The people who did this violated the ‘street code’ by going after a little kid with a basketball, and that’s why so many people are willing to talk to police and the news about this,” she said. “They might as well have shot the Pope because nobody is going to help them now.”

In the days following Lee’s murder, a person of interest turned themselves in to police accompanied by defense attorney Sam Adam Jr. The person was released without being charged. Since the individual was not charged with a crime, the person’s name was not released to the media, but sources say it was a member of the Morgan family who police suspect was involved. 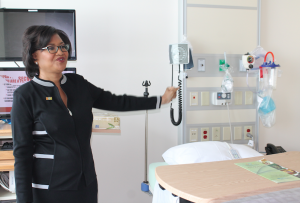 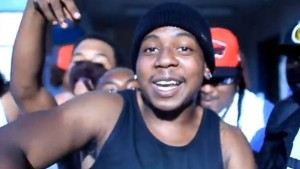