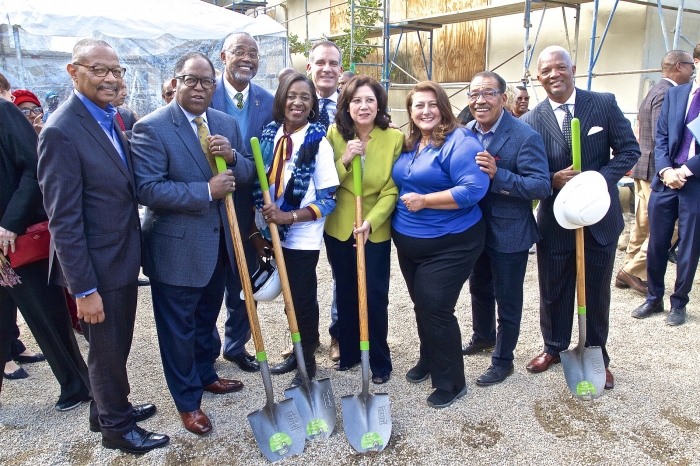 On Monday, December 2, elected officials, community leaders, veterans and the public assembled on the corner of West Adams Blvd. and Hoover Ave. in South L.A. to celebrate the groundbreaking ceremony for the restoration project of Casa De Rosas, a 29,900 square feet housing complex aimed at house homeless veterans and the families.

The long-awaited project is currently in the construction phase and will transform the historic West Adams building into charming courtyards with fruit tree-lined sidewalks for 37 formerly homeless veterans with a child in the Spring 2020. Their families will also benefit from a range of onsite, supportive social services.

Spectators filled the standing room only outdoor construction site for a ceremony that celebrated the fourteen million-dollar ($14 million) housing plan that was executed through a union of love, politics, and humanity. The people who made it happen assembled underneath a translucent tent that revealed the on-going construction site as the backdrop.

Civic leaders, elected officials and community activists shared their enthusiasm for a mutual goal. And despite all the administrative and political obstacles that come from such endeavors, as well as the building’s mercurial past, they celebrated a solidarity that is helping combat L.A.’s epidemic homeless crises. 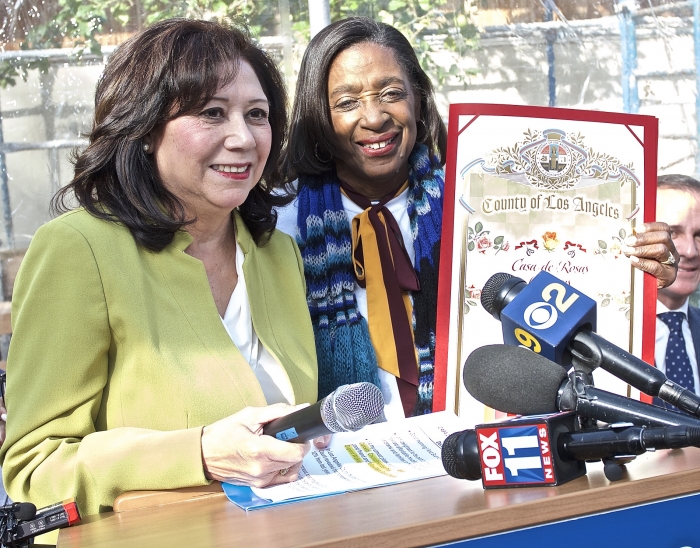 Jacquelyn Dupont-Walker, president of Ward Economic Development Corporation (WEDC), was acknowledged by several speakers for organizing such a league of powerful and compassionate supporters. She thanks Integral Group president, Vicki Wilbon for the partnership in the Casa project, and acknowledged Integral L.A. rep, Dalila Otelo for making a difference. 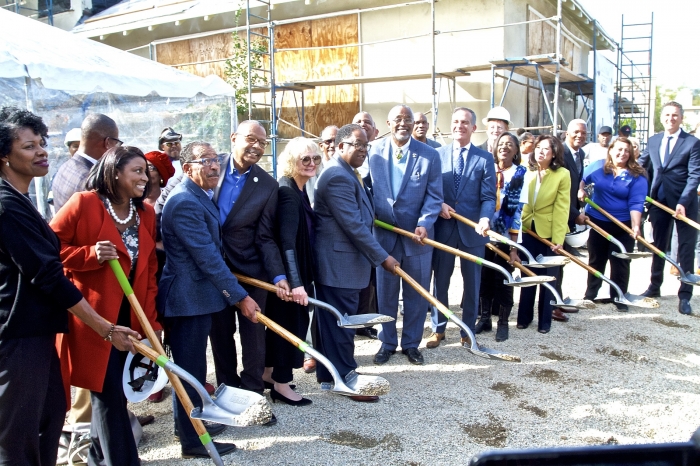 “We appreciate Councilman Curren Price whose vision for diverse housing options to meet the needs of our veterans is fueling so many new opportunities in the new 9th District,” said Dupont-Walker of Price. He has been a crusader for the Casa project and is unyielding about the needs of veterans who he says deserve a second chance at life after serving, defending and representing their country, noted Dupont-Walker.

With shovels in hand, the alliance broke ground, embraced and took photos, and toured the Casa De Rosas; what once was a neighborhood eye-sore, in only months away from beautiful home for veterans and their families.