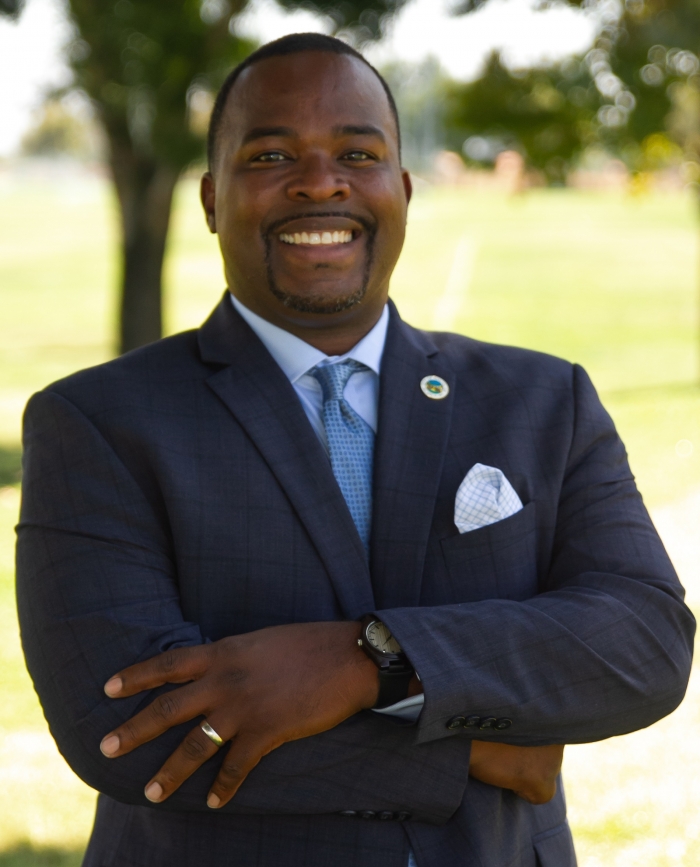 There is a void on the West Valley Water District Board that Channing Hawkins aims to fill. As a candidate for the District 4 seat, he believes his election to the position will bring positive change to the community.

More than 80,000 residents in the Inland Empire are customers of WVWD. Like similar water utility agencies, the District’s mission “is to provide customers with safe, high quality and reliable water service at a reasonable rate and in a sustainable manner.”

WVWD is governed by a five-member board of directors, elected by district, who serve four-year terms and appoints the general manager to oversee day-to-day operations. The District 4 director represents Bloomington, Colton, Fontana, Lytle Creek, Rialto and parts of Jurupa Valley in Riverside County. Don Olinger, who has held the spot since 2003, is seeking re-election.

However, Hawkins thinks the time has come for a new District 4 director and he has mounted a campaign for the Nov. 5 election to persuade voters give him the opportunity to serve.

“I am committed to ensuring that the affordability, safety and reliability of our local water system, not only for now, but also for the future,” explained Hawkins. “Really, my campaign boils down to three things – transparency, accountability and creating jobs. I want to ensure that West Valley Water District prioritizes the needs of its customers/rate payers.”

Hawkins also plans to focus on eliminating “wasteful spending and scrutinize budgetary practices” in WVWD and expand local hiring and job training programs “to ensure that residents in our communities are exposed to opportunities and careers in the water industry.”

To aid the District in operating in a more transparent manner, Hawkins wants to televise or live-stream board meetings. He stressed that embracing that technology will allow the community to stay informed about WVWD operations and budgetary matters.

“We don’t have a system or anything in place to alert citizens about issues at the water district. Also, it is very difficult to find the budget and as far as accountability, there needs to be financial controls that really haven’t taken place,” he insisted.

“I just want to make sure that working people have a voice in our government and I have been dedicated to fighting for disenfranchised people to receive adequate resources that their community deserves,” added Hawkins. Hawkins brings a diverse background of qualifications that he plans to utilize as a WVWD director. While earning his Bachelor’s and Juris Doctor degrees from Howard University, he played key roles in organizing students and young adults to participate in several electoral campaigns.

Hawkins was regional director for Kerry-Edwards for America, managed the Iowa and Virginia caucuses for Obama for America and served as the NAACP youth and college voter outreach director.

Also, he gained first-hand knowledge about government relations while working for the USDA assistant secretary in the Office of Civil Rights during the Obama administration.

“In that capacity, I assisted on Black farmers cases that dealt with discrimination complaints. I helped to investigate and make decisions about those claims,” said Hawkins.

His passion of helping the underserved continues in his current roles as a Rialto human relations commissioner, a Colton adult literary volunteer, and a board member on numerous nonprofit organizations. A husband and father of three boys, Hawkins is also an active member of Ecclesia Christian Fellowship.

“I have always been an advocate for working people and I am dedicated to bringing in change to our local community,” Hawkins said. “If elected, I intend to build consensus across all ideologies as much as I can and help refocus the board on doing the people’s business.”