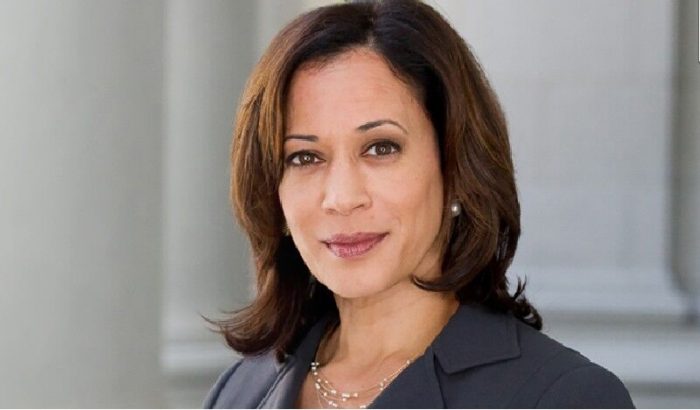 U.S. Senator Kamala D. Harris (D-CA) on Friday announced the Wildfire Defense Act, comprehensive legislation to help communities—especially in California—implement science-based methods for mitigating wildfire damage and defending life and property. Harris’ bill would provide local communities with up to $10 million dollars to implement a Community Wildfire Defense Plan to ensure they are resilient in the face of the growing wildfire threat before disaster strikes.

Companion legislation will also be introduced in the House of Representatives by Rep. Jared Huffman (D-CA).

This year, hundreds of thousands of Californians have been forced to evacuate due to the threat of wildfires and over 2 million experienced pre-emptive power shutoffs. Last year, California experienced the deadliest and most destructive wildfire in its history, contributing to a U.S. record of $24 billion spent in wildfire response and recovery in 2018. For every one dollar invested in mitigating the impacts of disasters, the United States saves six dollars in response and recovery after a disaster.

“As the climate crisis creates the conditions for more widespread and intense wildfires than ever before, Californians must not be made to fight alone,” said Senator Harris. “As we continue to combat climate change and address other root causes of these fires, we must also invest in our communities and provide them with the resources to strengthen their readiness. We know that more fires are coming, and we know what works to keep communities safe and help firefighters do their jobs—so let’s take action to get it done.”

“Over the past two decades, wildfires have caused enormous devastation across my district and all of California; crippling communities and businesses while decimating vast swaths of the unique California wilderness,” said Representative Huffman. “Although we are still faced with higher risks due to the effects of the climate crisis, there is still a great deal we can do to prepare our communities for these events and mitigate the infrastructural failures that cause catastrophic fires. In order to protect our communities from the growing threat of widespread wildfires, we must implement strategies and resources commensurate with those provided to victims of other natural disasters.”

The Wildfire Defense Act would invest $1 billion per year to:

“Senator Harris’ Wildfire Defense Act comes at a critical juncture,” said Susan Jane Brown, Public Lands Director and staff attorney for the Western Environmental Law Center in Portland, Oregon. “As in many places in the west, the State of Oregon is in the process of developing recommendations for community preparedness in response to increasing wildfire risk. The Wildfire Defense Act will support those efforts by creating essential programs and providing the necessary funding to make our wildland urban interface communities safer.”

“This bill is the smart approach to containing wildfires and combating climate change,” said Blaine Miller-McFeeley, senior legislative representative at Earthjustice. “Instead of handing more favors to big logging companies like the Trump administration and its allies in Congress want, it invests in communities’ resiliency, enhances coordination among governments, and prioritizes sustainable forestry policies that benefit all of us. We commend Senator Harris for her work on this legislation and urge her colleagues to join her in support of it.”

“As a community recovering from the devastating effects of the October 2017 Northern California Firestorm, Santa Rosa has seen firsthand how quickly a wildfire carried by high winds can move into an urban area and take dozens of lives and destroy thousands of homes in a matter of hours,” said City of Santa Rosa Fire Chief Tony Gossner. “Our community, like many others across California, knows what actions we need to take to be better ready to respond to this new normal, but we desperately need new resources to help get there. The Wildfire Defense Act proposes to advance this work in a strategic and meaningful way and is a big step in the right direction to help better protect life and property from future fire threats within wildfire-prone communities.”

“Living in a community at severe risk of wildfire, we know that hardening structures and investing in water infrastructure for firefighting is critical to the survival of our community and our precious natural resources in the Lake Tahoe Basin,” said John Thiel – General Manager, South Tahoe Public Utility District

On Wednesday, Harris introduced the Accountability for Utility Executives Act, legislation to ensure that publicly-traded utility companies going through bankruptcy—like PG&E—cannot reward their executives with bonuses or trips. Harris also confirmed with FEMA that Pre-Disaster Mitigation can be used toward microgrid infrastructure that would help communities be more resilient to large-scale blackouts.

Investigation Finds California Cops With Criminal Convictions Still on the ... 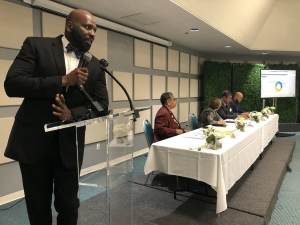 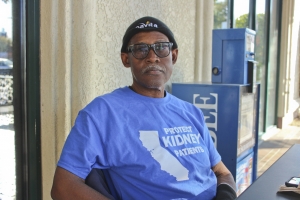 A Matter of Life and Death: Group to Pull Plug on Life-Saving Aid It Gives ...