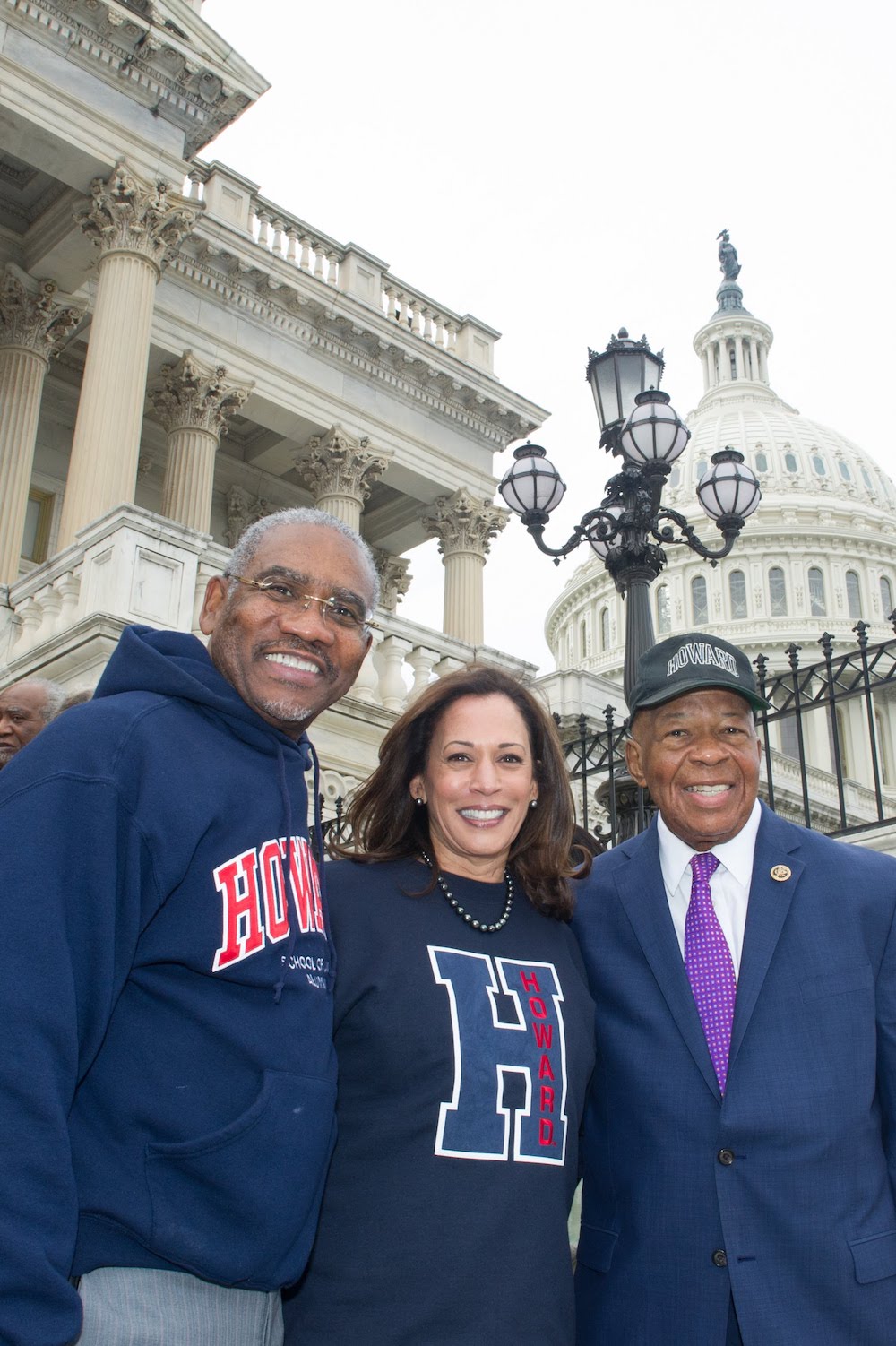 Senator Kamala Harris and Representative Elijah Cummings took on the steps of the U.S. Capitol along with other members of the Congressional Black Caucus in their HBCU gear.
(Courtesy Photo)

U.S. Senator Kamala D. Harris (D-CA) on Tuesday honored the life and contributions of U.S. Representative Elijah Cummings (D-MD-07). Congressman Cummings passed away on October 17, 2019, in his hometown of Baltimore, Maryland at the age of 68.

Harris honored Cummings’ many years of public service and tremendous impact on the nation with a statement inserted into the Congressional Record. On October 24, 2019, Representative Cummings became the first African American lawmaker to lie in state at the United States Capitol, an honor for Congress and the country to pay respect to distinguished Americans who have passed away.

Harris’ Congressional Statement transcript can be found below:

Representative Cummings was born on January 18, 1951 in Baltimore, Maryland. He was the third of seven children born to sharecroppers, Robert Cummings and Ruth Elma Cummings, who moved north from South Carolina in search of better opportunities for their family. Representative Cummings graduated from Baltimore City College High School and went on to earn a bachelor’s degree in Political Science from Howard University in Washington, D.C., where he served as student government president and graduated Phi Beta Kappa. Representative Cummings obtained a Juris Doctorate from the University of Maryland School of Law in 1975. Throughout his career, he received 13 honorary doctoral degrees from universities throughout the country. 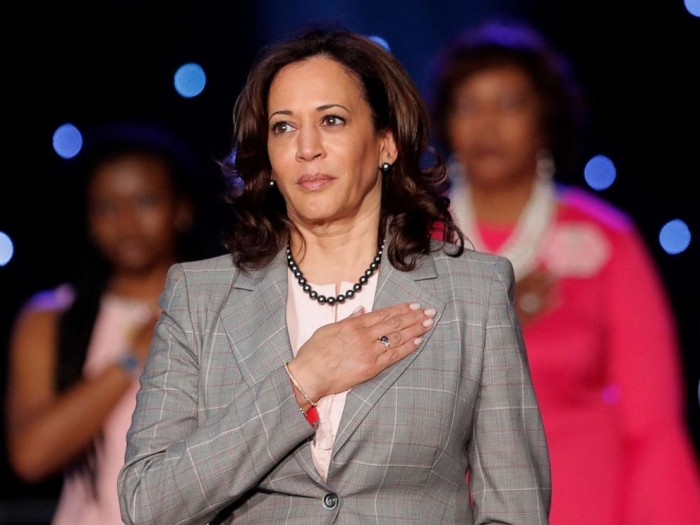 Representative Cummings’ career in public service began in 1983 when we was elected to the Maryland House of Delegates. Representative Cummings proudly served in this role for 14 years, eventually becoming the state legislature’s first African American speaker pro tempore. In 1996, he was elected to represent Maryland’s 7th District in the House of Representatives as a member of the 104th Congress. Representative Cummings focused on legislative priorities that promoted equality and economic development, including: criminal justice reform, lowering prescription drug prices, and combatting the opioid epidemic, among others. As a respected Congressman, he became a ranking member of the Committee on Transportation and Infrastructure and the Chairman of the House Committee on Oversight and Reform.

As the Chairman of the House Committee on Oversight and Reform, Representative Cummings was a powerful voice who achieved a reputation as a skilled consensus builder. He understood accountability and protecting those who courageously spoke the truth to protect our nation. He fought daily to ensure our democracy was not only intact, but striving to live up to its promise. At the foundation of his fight was advocacy for justice and equal opportunity for all.

Representative Cummings made it his personal responsibility to champion civil rights issues, particularly voting rights. His fierce advocacy was fueled, in part, by the words of his mother who — on her death bed — implored him to ensure the right to vote was preserved. He would heed her words by delivering his own stirring calls to action. He understood the significance of the right to vote in our democracy and worked tirelessly to oppose voter suppression, condemn discriminatory anti-voting tactics, and launch critical investigations when voters —particularly people of color — faced discriminatory voting challenges. Representative Cummings’ visionary leadership and service has and will continue to strengthen our democracy for generations to come. 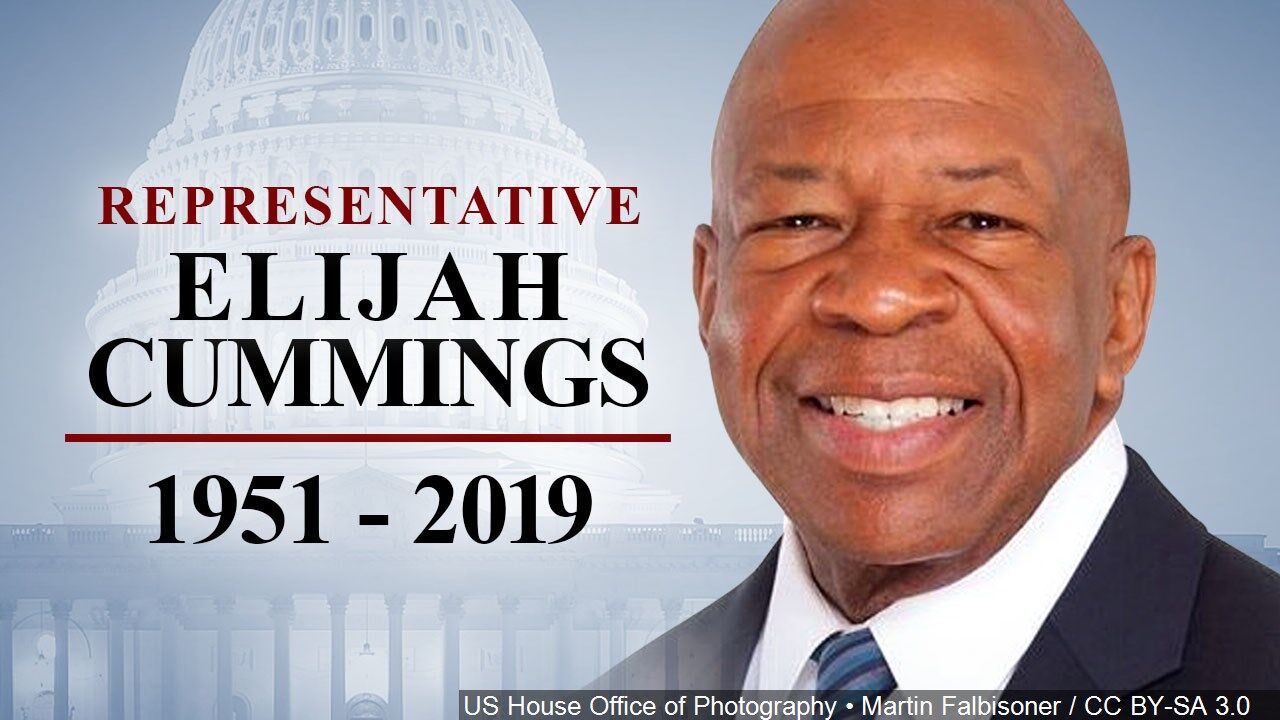 Representative Elijah Cummings’ steadfast dedication to the City of Baltimore, the State of Maryland, and our entire country will continue to inspire others for generations to come. An impassioned speaker, he was truly a voice for the voiceless. As a mentor, he helped so many young people live in their purpose and make the world a better place. He fought for the soul of our nation and selflessly dedicated his life to empowering and uplifting his constituents.

Representative Cummings is survived by his wife, Dr. Maya Rockeymoore Cummings, his children, and a host of family and friends. It was a great honor to attend his powerful funeral and memorial service with many of my colleagues and friends. 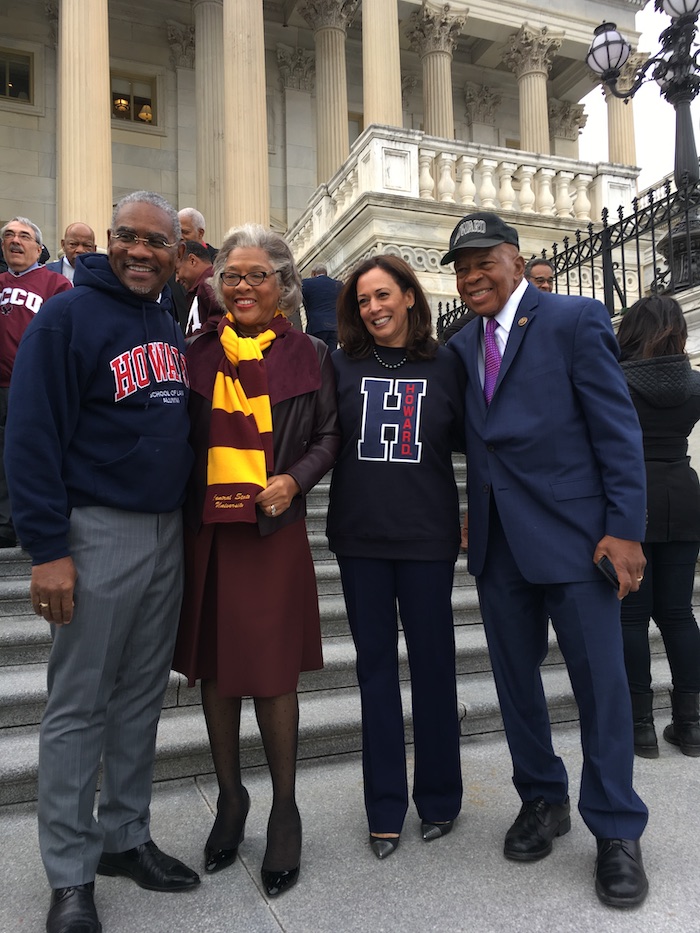