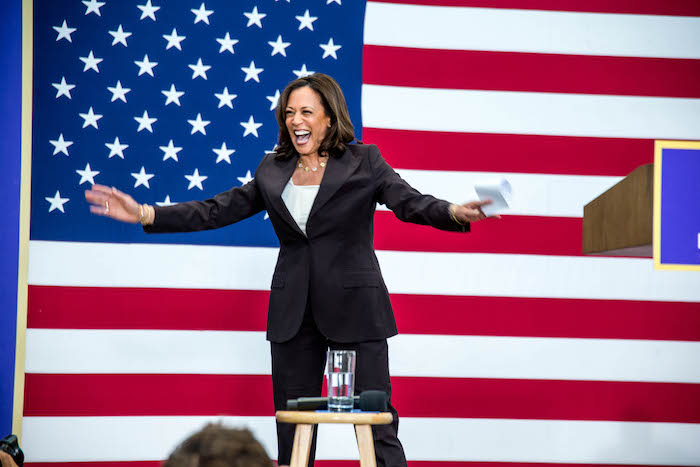 City and county elected officials, plus hundreds of Angelenos gathered at Los Angeles Southwest College on May 19 as Senator Kamala Harris continued her presidential campaign kickoff here in the southland. Harris was joined by her local political supporters, including Council President Herb Wesson, assembly members Holly Mitchell, Steve Bradford, Councilman Curren Price, and California Secretary of State Alex Padilla. Harris is billing herself as a “fearless” candidate who is for the people, and she said as president she will continue to fight for things like equal pay for women, environmental safety, living wages, better education and criminal justice reform.

“Today in America women [who do the same work as men] make 80 cents on the dollar, Black women make 61 cents, Latinas make 53 cents … and this has got to end,” Harris told the cheering crowd during the rally, where she announced closing the pay gap as one of her priorities.

On Monday, Harris announced her plan to hold corporations accountable for transparency. Corporations failing to help close the pay gap will face penalties,” she said.

Education would also be a priority, Harris said.

“We are a society that pretends to care about education.”

“I cannot tell you how many teachers I’ve met who have to work two and three jobs… how many who have to come out of their own pocket to provide school supplies.”

“That should be against the law,” someone shouted from the crowd. 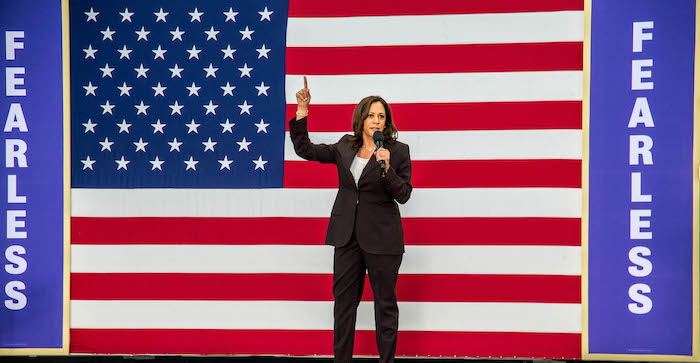 Harris continued, “There are two people raising our children, parents and our teachers.”

Harris talked about proposing a federal investment in education. She also proposed changing the tax code in the U.S.

To pay for it, she said she would propose repealing the most recent tax cut, which Democrats believe only benefit the wealthy.

Criminal Justice reform is also on her agenda, Harris said.

“Let’s speak the truth,” she said.

“On any given night in America, a family is sitting down to dinner and having the ‘talk’ with their children about why there are mass shootings in schools because Congress is afraid to take action. As president, I am prepared to take executive action if Congress doesn’t get it together and address gun control.”

“Let’s speak the truth, climate change is real,” she said. 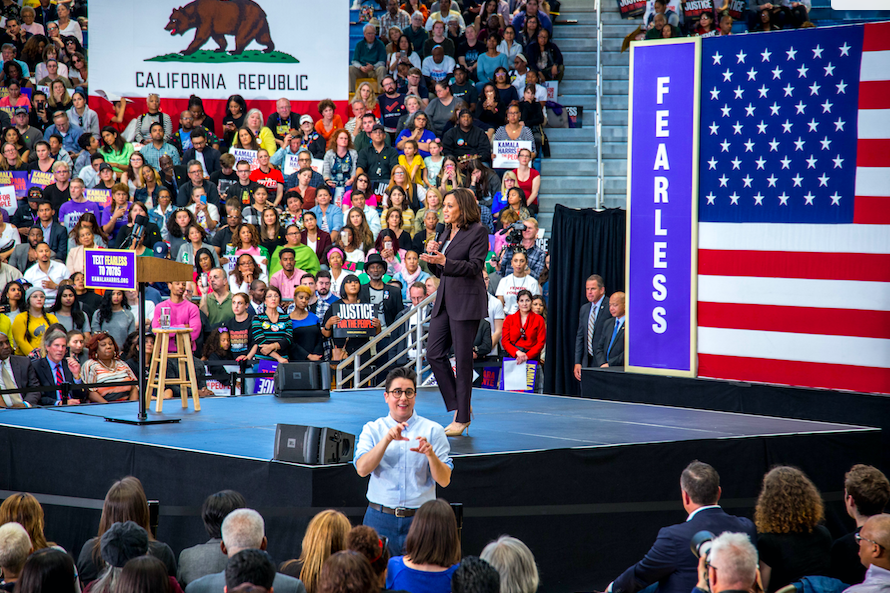 “Isn’t it kind of sad I have to say that. I was at a committee hearing two years ago, where there was a debate about whether science should be the basis of public policy. This, on a subject which represents an existential threat to who we are as a species, yet our leaders are pushing science fiction instead of science fact to our collective peril.”

But with leaders leading, she said, we can effectively address all of the issues affecting the country today.

“The vast majority of us have so much more in common than what separates us.”

Harris is a lifelong public safety and civil rights leader. Elected in 2016, she is the second African American woman in history to be elected to the U.S. Senate, and the first African American and first woman to serve as Attorney General of the state of California.

But not everyone at the rally was enchanted with Harris.

Said one Trump supporter who stood outside the rally,” she’s okay with illegals coming into our country. We have people here living on the streets and nothing’s being done to help them. I think her campaign for Medicare for all Is wrong. I think any benefits should be going to American citizens.

“[The Dems] want to give them free medical, free education, free everything. That is socialism. Capitalism is what makes America great. If you want to live in a socialism country, go to Venezuela. It’s not good for those people over there.” 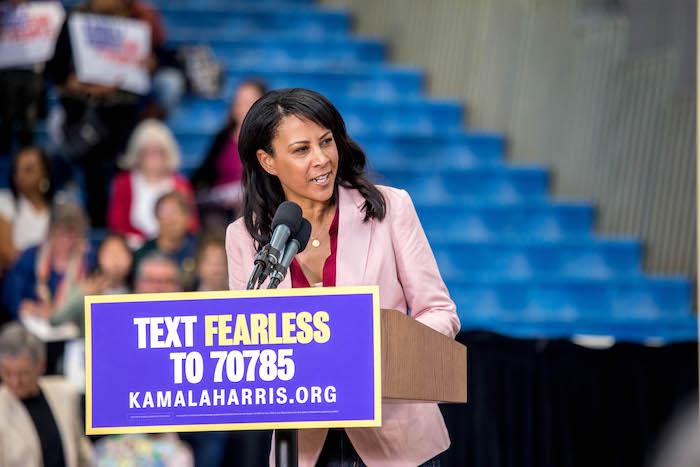 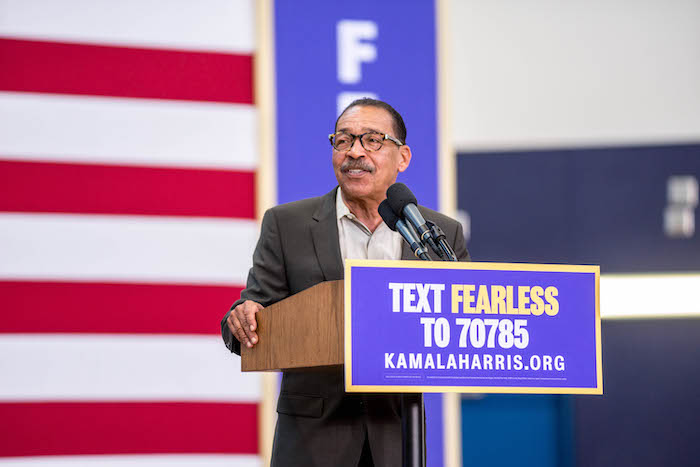 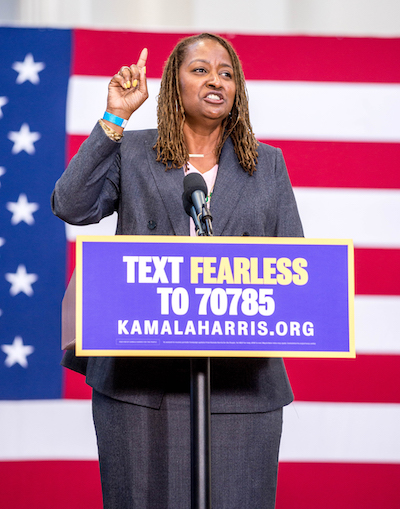 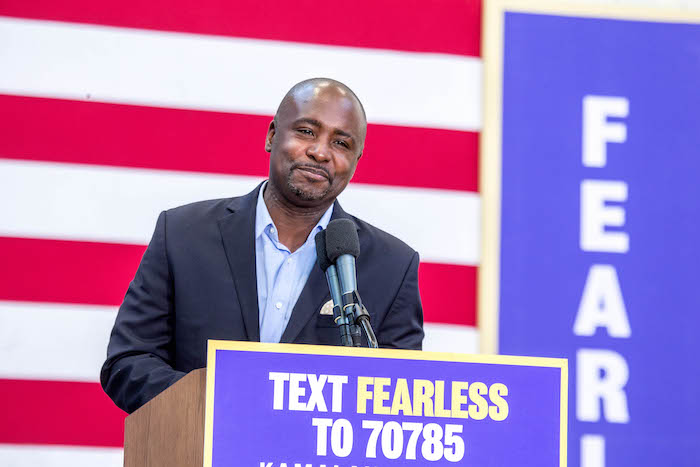 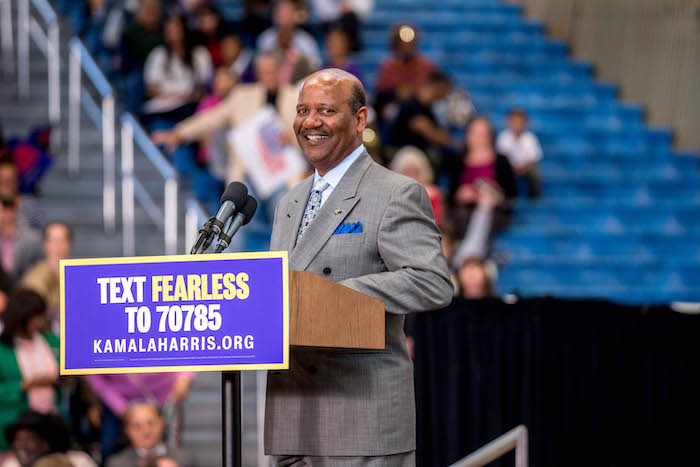 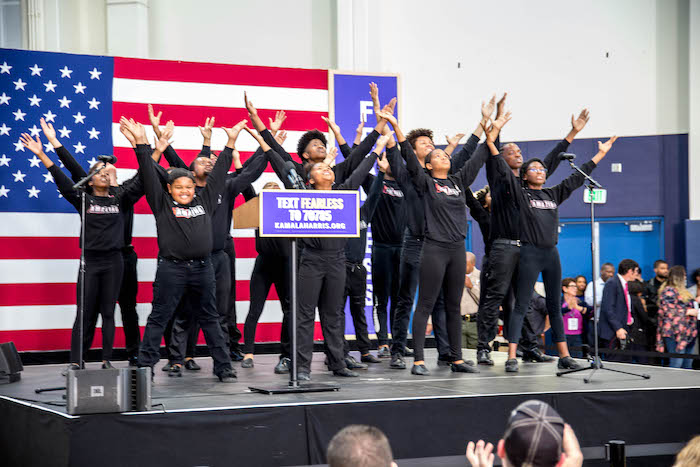 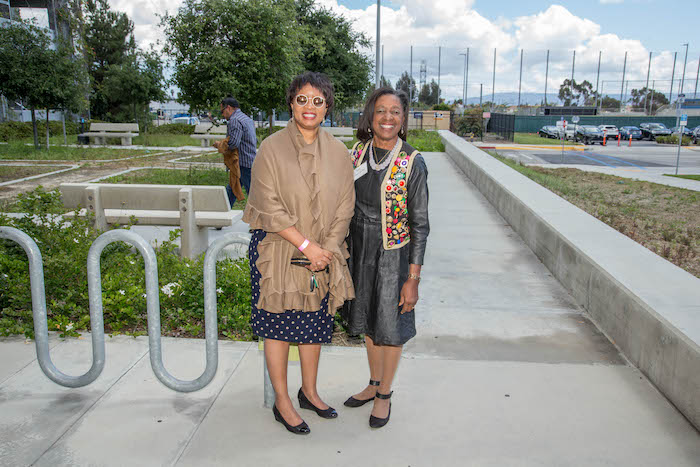 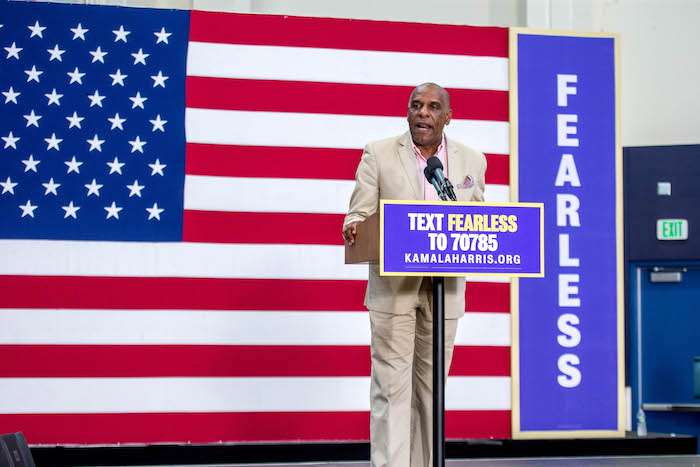