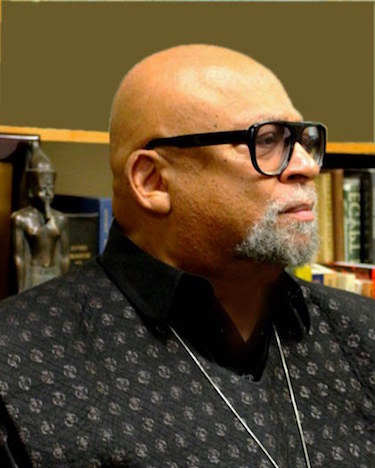 The month of August is a special month rich with history and initiatives of revolt, resistance and righteous struggle. It is the month of the beginning of the Haitian Revolution (1791), the Revolts of Nat Turner (1830) and Gabriel and Nana Prosser (1800), the coming into being of the Hon. Marcus Garvey (1887), the Watts Revolt (1965) and the preparatory mobilizing and organizing initiatives after the Revolt that led to the founding of our organization Us (1965) in the following month of September. Tommy Jacquette Halifu was in struggle at the central sites of the Watts Revolt, one of the founding members of the organization Us, and co-founder of the organization SLANT and the Watts Sumer Festival (WSF), all organizations created in the awesome wave and wake of the Watts Revolt. Halifu (rebel) was his self-defining name and in full form of its meaning to him and us, Halifu Mwadilifu, righteous rebel, breaker of the unjust law.

As the month passes and we reach back, remember, retrieve and raise up models of life and struggle, he is for Us and so many others one of these. In a rare interview on his life and struggle conducted by Jitahidi Jordan, former professor of physics at Southwest College, during the last years of his life, Halifu explains what grounds and inspires him and keeps him anchored and ever active in the struggle, and he leaves lessons of life and struggle for all of us.

Jitahidi’s first question is “What drives you to keep the Watts Summer Festival (WSF) going?”, with the implication of what meaning, message and function does his work and the WSF have? He replies, “the Revolt of 1965 because this came out of the ashes of the ’65 Revolt and it symbolizes a time when we as a people were as one, when we stood together as a people and began to address all those issues that faced us as a people—everything from police brutality to economic exploitation and all the issues that we were faced with as a people. We stood together as a people in 1965. That was an era and a time that had an affect not only here in Watts but across the US and even, from what I understand, other parts of the world.”

Jitahidi notes the great love the people have for him and he recognizes and appreciates and hopes he is and remains worthy of their love and respect. He says, “I’m aware of the kind of support that the Festival gets on the grassroots level. In terms of those people who preceded me, in terms of the elders of the community, I know they have really and truly supported me in the effort to keep the Festival alive, to keep the Festival going. I really appreciate it and I hope that my behavior and my commitment is deserving of their respect and love.”

The last question is a wide-ranging one, recognizing the history Halifu has made, the need for a book by and on him and his work and again how he sustains himself in his work and the struggle. He begins by stating, “It’s my belief in Kawaida actually that has given me the strength and tools that I needed to keep going. It is what I’ve learned through the African American Cultural Center (Us) under the leadership and teaching of Dr. Maulana Karenga that has given me the encouragement and the courage to continue to struggle and to try to bring into being things of value and good things into the world. Maulana taught me that is the tradition of our people; that’s what we come from as a people; that’s what we represent and those are the things that we should be bringing into being and put in our lives whenever we are faced with controversy as well as struggle and difficulties. As a result of that, that’s been my faith-based motivation for lack of a better term. I don’t want to get too religious here, but in terms of my faith and my spiritual consciousness, that’s the source of my inner strength. And when I’m there, the struggle is really not that difficult on a personal level.”

Halifu realizes as a result of his terminal illness that he’s going to have difficulty in sustaining his schedule, but he refuses to sit down or walk away when there is still work to be done, and battles to be fought and won. And he concludes reaffirming his faith in his people and community and in young people and their ability to recognize and appreciate the legacy he and his colleagues and brothers and sisters in struggle have worked so hard to achieve and leave.

Thus, he says, “I know that I’m facing difficult times but measured against what we as a people have contributed to mankind and all humanity, the struggle I’m faced with is like a grain of sand. I constantly say that without the people’s support, without the people’s participation all would be for naught. And that is my other source of strength and encouragement that the people do come out and they do support the Festival and they remember the legacy of the Festival; they remember the history; they remember the times when we as a people were a people and this community was a community that stood for good in the world. And that’s something that I’m lucky or fortunate to have experienced and to have been a part of, and I have a moral obligation to continue that struggle and continue to do whatever I can in what little way I can to keep good things and positive things happening in the community. And the Watts Summer Festival is just one of many things that this community is known for and it’s good and brings good things to happen. They talk about young people without hope, without purpose, without direction. When young people come here, they have a sense of purpose; they have a send of direction; they can recognize good things. They like it and can participate in it and hopefully it can reach into their psyche and give them something for the rest of the year to remember and to be positive about in terms of the community.” This is a legacy of righteous resistance and institution-building; and how can we best honor it, except by living it and leaving it larger?